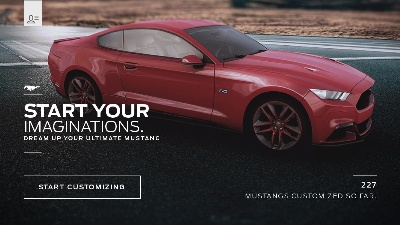 ◾Redesigned Mustang Customizer to feature improved graphics thanks to a new 3-D rendering system ◾A dealer locater search tool has been added to assist in finding Mustangs similar to those created with the Mustang Customizer ◾ Custom Mustangs can be stored and displayed in a virtual warehouse; images can be shared across Facebook, Twitter and Instagram platforms Like the hot-selling all-new Ford Mustang, Ford's popular Mustang Customizer app has been redone, allowing fans of the iconic pony car to design the car of their dreams like never before. Featuring the 2015 Ford Mustang, the new Customizer app allows fans of the iconic pony car to build their dream Mustang in any color imaginable using dozens of parts – including wheels, spoilers and body panels. Once created, the Mustang Customizer app can help identify local dealers with a similar Mustang in stock. The redesigned customizer is available as a free download from the Google Play Store and Apple App Store. A desktop version is set to follow. 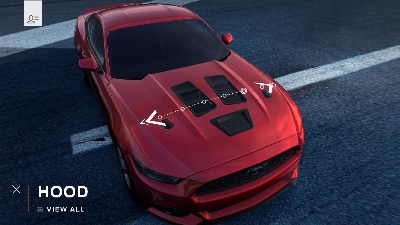 'When we launched the Mustang Customizer in 2009, it was massively popular,' said Andrea Zuehlk, Digital Marketing Manager. 'With more than 5.4 million custom Mustangs built and more than 1.6 million app downloads since 2012, we knew we had to deliver a redesigned experience to complement the redesigned 2015 Mustang. Ford is the only company to offer a unique app like Mustang Customizer and our fans just can't get enough of it.' New for Mustang Customizer is dynamic 3-D rendering with improved graphics, allowing the car to be viewed from nearly every imaginable angle. Images of customized Mustangs can now be shared across Facebook, Twitter and Instagram platforms. From dream garage to your garage: Dealer stock locater coming to app To help Mustang fans find their dream car, a new dealer locator search tool has been added to the Mustang Customizer app. Trending News• Jeep® Brand Adds Earl Exterior Paint Color to 2023 Gladiator Palette
• Automobili Lamborghini earns IDEM certification for its gender equality policies
• Kia America drops latest digital collectible as part of 'Legends of the Driveway' campaign for the new Telluride
• Wejo And Ford Team Up To Expand End-To-End Insurance Offerings Across U.S.
• Hyundai Donates $3.1 Million to Hurricane Ian Disaster Relief
When a custom Mustang is created on the app or on the website, key aspects of the car – color, trim and engine choice – are input into a dealer inventory database, identifying dealers that have a similar Mustang in stock. 'Not only is the Mustang Customizer fun, but it allows Mustang fans to visualize their dream Mustang with any number of modifications,' said Zuehlk. 'Once fans build their dream Mustang, we want to give them a head start toward making that dream a reality by identifying a Mustang at a local dealership that is most similar to their creation.' Exciting new features coming to make virtual Mustangs more realistic than ever Other features fans have been asking for are on tap for the new tool as well, including a video-creation mode and the ability to place a custom Mustang anywhere in the world via Google Streetview, a feature debuting in the second quarter of 2015, along with a new interactive racing game coming later this year. About Ford Motor Company Ford Motor Company, a global automotive industry leader based in Dearborn, Michigan, manufactures or distributes automobiles across six continents. With about 194,000 employees and 66 plants worldwide, the company's automotive brands include Ford and Lincoln. The company provides financial services through Ford Motor Credit Company. For more information regarding Ford and its products worldwide, please visit http://corporate.ford.com.
Photo credit: Ford
posted on conceptcarz.com 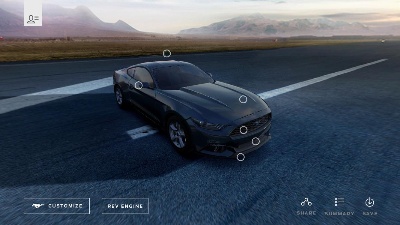 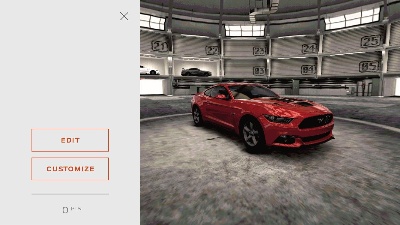 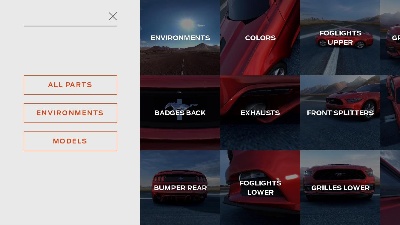 Wejo And Ford Team Up To Expand End-To-End Insurance Offerings Across U.S.