The World's Largest Collector-Car Auction Will Feature a 275 GTB/4 Berlinetta, a 365 GTB/4 Daytona, a 330 GTC and a Dino 246 GTS Walworth, Wis. – Jan. 5, 2016 – Mecum Kissimmee 2016, the world's largest collector-car and Road Art auction, will feature an impressive array of some of Ferrari's finest road cars Jan. 15-24 at Osceola Heritage Park. With such beauties as a 275 GTB/4 Berlinetta, 365 GTB/4 Daytona, 330 GTC and Dino 246 GTS on offer, lovers of the prancing horse will be in a kind of Ferrari nirvana. The 1967 Ferrari 275 GTB/4 Berlinetta (Lot S119) is finished in Grigio Mahmoud over its original Saddle Tan leather interior. The first Ferrari GT to incorporate an independent suspension at all four corners, the 275 GTB/4 is enveloped in a voluptuous body designed by Pininfarina and built by Scaglietti. Its similarities to the magnificent 250 GTO endurance racer are unmistakable; indeed, Sergio Pininfarina confirmed that he and his design team were directly inspired by Ferrari's world championship-winning GT for the car's breathtaking shape. Armed with a 3.3-liter V12 engine with two overhead cams per cylinder bank and dry sump lubrication, the 275 GTB/4 proves a powerful companion. A Ferrari of this caliber, originality and rarity is seldom offered for public sale, making this a very special opportunity to move into the investment-grade Ferrari marketplace. Even more powerful is the 1973 Ferrari 365 GTB/4 Daytona (Lot T203) finished in yellow, which carries a 4.4-liter double overhead cam V12 engine and five-speed gearbox. The Daytona's silky-smooth new V12 and classic styling were evolutionary rather than revolutionary and seemed conservative in the context of the mid-engine revolution that was then in full bloom. But the passing years have proven the beauty of the Daytona concept, which embodied Ferrari's greatest strengths, conventional layout notwithstanding: a highly developed chassis and suspension, visionary Pininfarina styling and superb V12 engine.

The 1967 Ferrari 330 GTC (Lot T206) uses the chassis of the 275 GTB and the 330 GT 2+2's larger 4.0-liter V12 engine. Pininfarina once again demonstrated artistic genius by combining the front of the 500 Superfast with the rear of the 275 GTS, melding the two into a singularly elegant design. Bringing these disparate elements together could have spelled failure, but Ferrari executed the 330 GTB perfectly, producing a mechanical and aesthetic success. Finished in the iconic pairing of Rosso Corsa paint and tan interior, the 330 GTC embodies the very definition of automotive style and elegance in its time. Building on the success that Ferrari enjoyed in Formula One and at Le Mans in the 1960s was the Dino. This 1974 Ferrari Dino 246 GTS (Lot T200.1) features a 2.4-liter transverse-mounted Dino V6, five-speed gearbox, and four-wheel disc brakes. Fitted with rare and desirable Camagnolo alloy wheels, the car was factory fitted with wider fender flares to accommodate the wheels' 7.5-inch width. Additionally, the tan leather interior was factory fitted with seats sourced from Ferrari's celebrated 365 GTB Daytona; this combination has become known as the 'Chairs and Flares' package and is quite rare. Famed motorsports journalist Denis Jenkinson gave his approval to the road manners of the Dino when he wrote, 'Of all the mid-engine cars of which I had the experience of testing, the Dino stands head and shoulders above the rest. Once you have experienced it, it makes all front-engine or rear-engine cars obsolete.' Finished in striking Fly Yellow, the beautiful Dino 246 GTS makes its presence known wherever it goes. To view these fabulous Ferraris, or to register as a bidder, visit Mecum.com. Bidder registration is $100 when completed in advance online, or $200 on-site at the auction. Mecum Kissimmee 2016 is open to buyers, sellers and spectators with general admission tickets available at the gate for $30 per day or $180 for all 10 days; children 12 and younger are admitted free of charge. Portions of the auction will be broadcast live on NBC Sports Network with a stream of the entire event presented on Mecum's website. For more details on the auction, to consign a vehicle or to register as a bidder for this and all Mecum auctions, visit www.mecum.com or call (262) 275-5050. About Mecum Auctions Trending News
Photo credit: Mecum Auctions
posted on conceptcarz.com 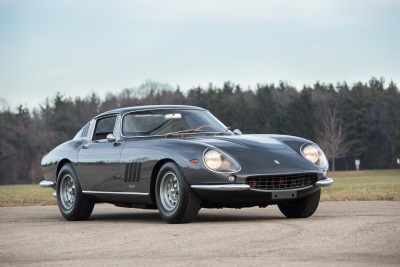 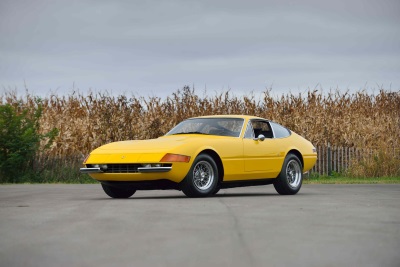 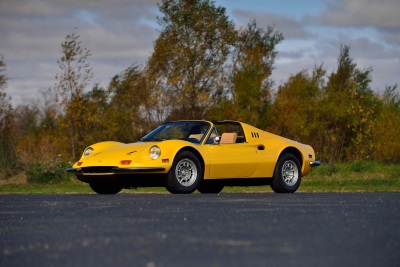 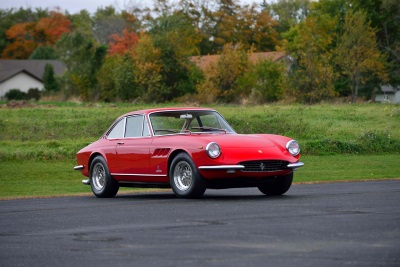