Piccadilly, April 25, 2016 – A landmark Audi location in the heart of London is the fitting backdrop for the UK debut of a new generation of the convertible super sports car lauded as a milestone for Vorsprung durch Technik – the all-new Audi R8 Spyder has taken centre stage for selected media guests at Audi City in Piccadilly. Appealing to purists with its naturally aspirated V10 power, and to technophiles with sophisticated new features including the fully digital Audi Virtual Cockpit, the latest open-air R8 is not only more powerful and quicker against the clock, but also even more tightly pinned to challenging roads thanks in part to a 50 per cent improvement in torsional rigidity. The key point of differentiation between Coupe and Spyder R8 models is of course the lightweight cloth hood, which tapers into two fins that stretch the cloth so that the roof harmonises perfectly with the dramatic lines of the high-performance sports car. Opening and closure is fully automated, and at speeds of up to 31mph the hood can be slickly concealed beneath the sculpted integral cover, or reattached to shield occupants from a sharp shower, in just 20 seconds. The rear window, sunk into the bulkhead, can also be retracted and extended at the touch of a button.
The strong backbone of the new R8 Spyder is the newly developed multi-material Audi Space Frame (ASF) which incorporates an intelligent mix of aluminium and carbon fibre that helps to keep dry weight down to just 1,612kg. Aluminium components make up a fraction under 80 per cent of the weight. They form a lattice that Audi's engineers have used to incorporate specific reinforcements especially into the sills, A-pillars and windscreen frame. Combined with innovative manufacturing methods that lower the weight of individual components by up to ten per cent, these pare the weight of the body back to just 208 kilograms and boost torsional rigidity by over 50 per cent compared with the previous model.
Trending News
Photo credit: Audi
posted on conceptcarz.com 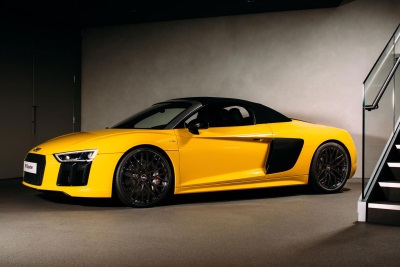 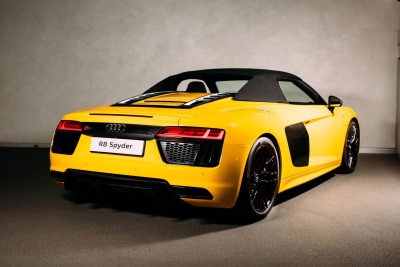 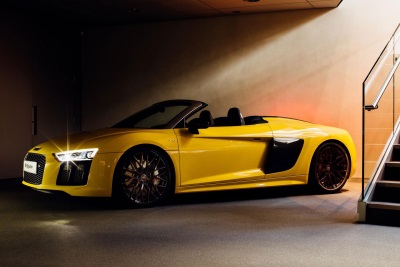 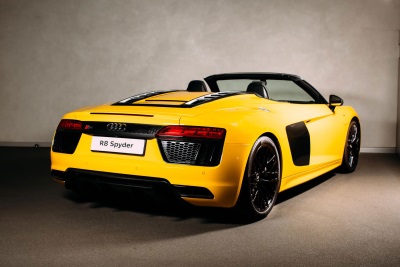 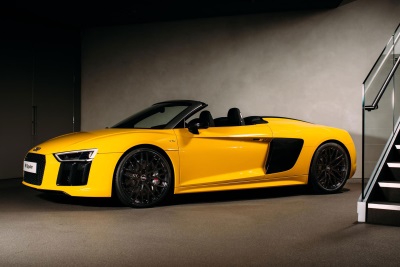