• The most powerful Golf GTI ever breaks the lap record for front-wheel-drive cars on the Nordschleife, with a time of 07:49:21
Wolfsburg/Reifnitz, May 2016. The Golf GTI Clubsport S is the most powerful ever version of the Golf GTI and was built to celebrate 40 years of the iconic hot hatchback. With German racing driver Benny Leuchter (28) at the wheel, the car has just smashed the existing lap record for front-wheel-drive production cars on the Nürburgring Nordschleife, with a time of 7 minutes, 49.21 seconds. This exclusive new vehicle, based on the Golf GTI Clubsport, makes its world premiere at the GTI event at Lake Wörthersee (4-7 May). The hard performance numbers of this new GTI are truly impressive: a power output of 228 kW/310 PS; 280 pound-feet of torque between 1,700 and 5.300 rpm; 0 to 62 mph acceleration in 5.8 seconds; a top speed of 162 mph; and an unladen weight (including the driver and luggage) that has been reduced to 2,998 pounds. But the raw figures don't tell the whole story, as the record lap time around the Nordschleife demonstrates how fast this car actually is. The Golf GTI Clubsport S has an exclusive setting for the most demanding racetrack in the world, which can be accessed using the driving profile selector. This is possible because the car is fitted as standard with the individually configurable Dynamic Chassis Control (DCC) and a driving profile selector. In the 'Individual' driving profile, the engineers have developed a setting that is fine-tuned to suit the unique conditions of the Nürburgring. Over and above that, the Comfort, Normal and Race settings are also available. The driver can still adjust the settings in the Individual profile, as usual, and can revert to the Nürburgring setting by resetting the Individual profile on the touchscreen menu. This unique configuration switches the Sound, Engine and Steering parameters in the Race profile as well as DCC to Comfort. However, in this instance an entirely different group of settings is hidden behind this option, instead of the normal Race and Comfort settings.

The production run will be limited to 400 cars worldwide, 100 of which will be delivered to customers in Germany. Colors will be limited to those of the original GTI: 'Tornado Red', 'Pure White' and 'Deep Black Pearl Effect', with the roof painted black. The Clubsport S is based on the two-door model with a manual transmission, in order to keep the weight as low as possible. The Clubsport S is a pure two-seater. Doing away with the rear seats, including the central armrest, for example, accounts for the most noticeable weight saving. A smaller battery, as well as doing without insulation, the variable-height trunk floor, the rear parcel shelf, and the floor mats pushed the weight down yet further. An aluminum subframe for the front suspension and aluminum brake covers also shed weight. On the other hand, 235/35 ZR Michelin tyres mounted on 19-inch 'Pretoria' aluminium-alloy wheels, DCC, a strut brace, a partition net behind the seats and a carpet in the rear add some of that saving back, for a total weight reduction of approximately 66 pounds in comparison to a similarly equipped Golf GTI Clubsport. The unladen weight is 2833 pounds, resulting in a dynamic power-to-weight ratio of 9.14 pounds per horsepower. Less weight also means greater fuel efficiency, with an NEDC rating of 31.8 mpg (equivalent to 172 g/km CO2).
The development team exploited synergies between motorsport and production vehicles in enhancing the engine performance, as they could draw on their experience with the 243 kW/330 PS Golf GTI TCR—the new racing car for the TCR International Series. This also gave them the opportunity to boost the engine to 310 PS and 280 lb-ft. The engineers achieved this boost in performance with a modified engine control unit and a new exhaust system: an increased diameter of 2.56 inches instead of 2.16 in reduces the exhaust backpressure and increases the performance. A side effect of the modifications is that the exhaust system produces a wonderful and deliberate 'backfire' under braking! In the course of the modifications the engineers also integrated a new fuel pump with increased throughput. The engine of the front-wheel drive Golf GTI Clubsport S is technically based on the 1,984 cc TSI engine that also powers the other versions of the Golf GTI and the Golf R.
Trending News
Photo credit: Volkswagen
posted on conceptcarz.com 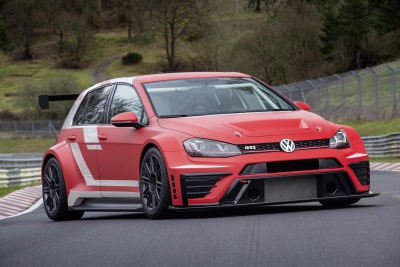 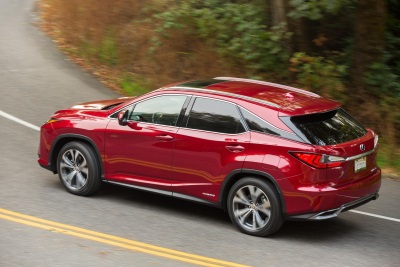 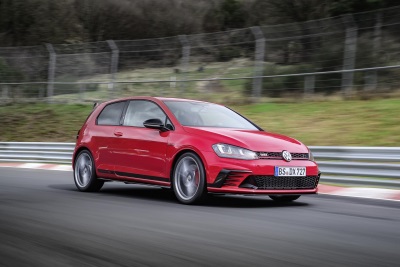 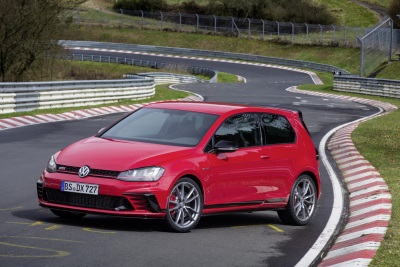 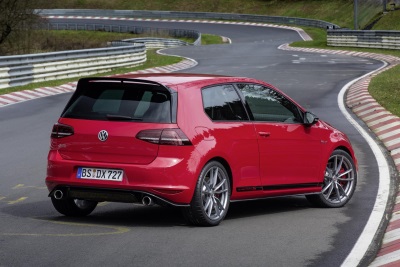 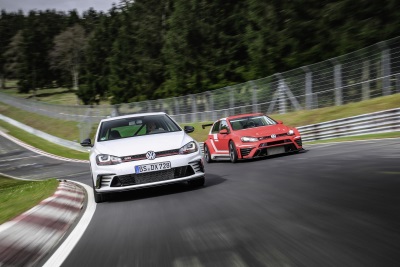 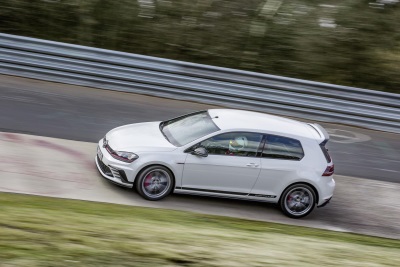 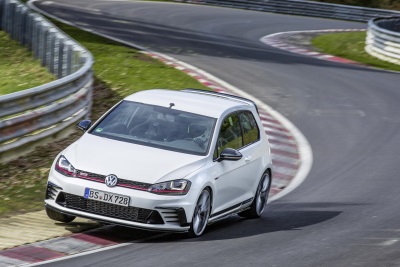 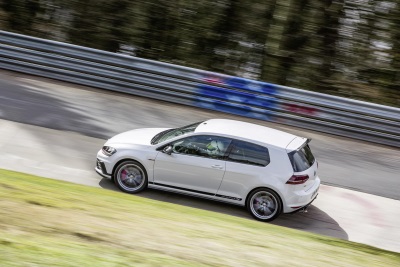