With a circuit length of 16.123 miles, 170 turns, unpredictable weather and strong competition from a field of nearly 200 starters, only a perfect run will secure victory. Having competed at the Nordschleife earlier this year, achieving 4th and 8th place in the circuit's VLN 2 race at the end of April, the team is confident of the potential of this year's V12 Vantage GT3. The #007 entry piloted by Darren Turner (GB), Nicki Thiim (DN), Marco Sørensen (DN) and Pedro Lamy (P) will feature the livery of new partner IQ Option. The #27 car will carry an Aston Martin Vantage GT8 inspired livery and will be crewed by Richie Stanaway (NZ), Mathias Lauda (A), Jonny Adam (GB) and Fernando Rees (BR). Dan Sayers, Aston Martin Racing Technical Director said, 'The Nürburgring 24 Hours is a race that should never be underestimated. The Nordschleife is one of the most demanding circuits for our drivers and cars, but we're confident we have a great package to go out and challenge for the race win. That's the ultimate goal'. Trending News
Photo credit: Aston Martin The Americas
posted on conceptcarz.com 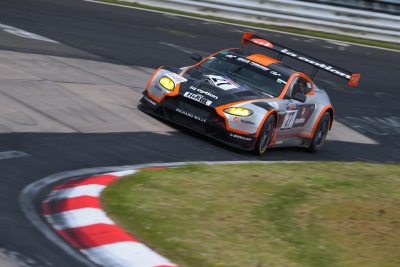 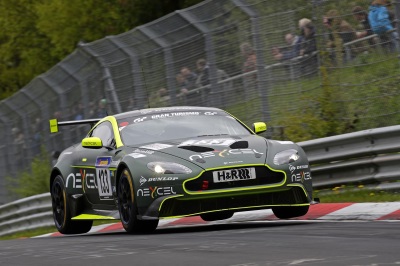 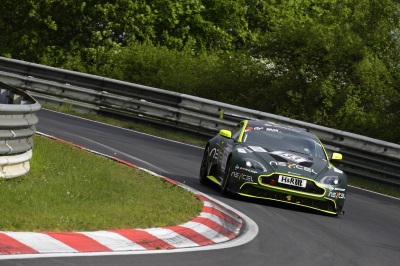 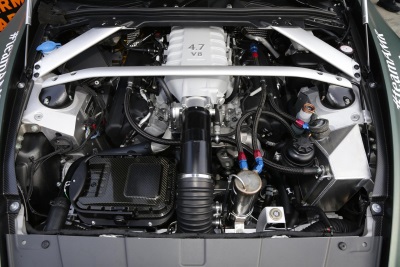