Soaring temperatures, searing competition on opening day in Sakhir ·Lewis ended the morning session in P10 with Valtteri P14 ·Valtteri set the second fastest time in the afternoon session with Lewis fifth quickest ·Both drivers ran the Medium and Soft compound tyre in FP1, the Soft and SuperSoft in FP2 Today overall went well. Obviously, it's difficult to learn much in FP1 with the extremely high temperatures, as the main sessions are under the lights in the evening when it's much cooler. But we got some good data out of FP2 with short runs and long runs. The car was feeling good. We can definitely make it better but it was a positive start and I'm looking forward to qualifying. It was very hot today and the track normally improves quite a lot as you lose some of the sand, so I'm sure tomorrow we will go a lot quicker. How quick, we will find out. It's definitely tougher than before, driving in the heat with these new cars. But I'm used to being in a Finnish sauna, so it's no problem! It seems like the same trend continues here with it being so close with Ferrari. But Red Bull are looking good too and the whole pack is pretty close, if you look at the top six particularly. It looks like every little thing that we are going to be fine tuning today with the setup and anything extra we can find is going to be crucial for qualifying and the race.

A pretty normal Friday, really. It was incredibly hot early on, with some of the very toughest conditions – both physically and in terms of working with the tyres. We got through that and then it was much cooler in the afternoon, giving us a much better representation of what qualifying and the race will be like. I was able to get a much better understanding of where the car is in FP2. It was very close, with Ferrari fastest. In race trim they seem a couple of tenths quicker, so I'm expecting a great battle tomorrow and then again on Sunday. We'll work as hard as we can to try to close that gap. I have a great group of fans here and I tried to wave to them every time I went out. Their smiles really make a big difference. This is a pretty tough circuit at the best of times. But it is unseasonably hot this year, which made it a brutal day for both the cars and the drivers. Despite the heat, we had a very good look at the car this morning on a really hot track, before running through our normal FP2 programme in conditions more like those that we expect to see during qualifying and the race. I think we can see that it is going to be another really tight weekend between ourselves and Ferrari – a weekend where the smallest of mistakes could make the difference between the outcomes. It's so exciting to be part of this fight, which is so tight and fought between two great teams. I hope that we can get everything together so that we are the ones that come out on top.
Photo credit: Mercedes-Benz
posted on conceptcarz.com 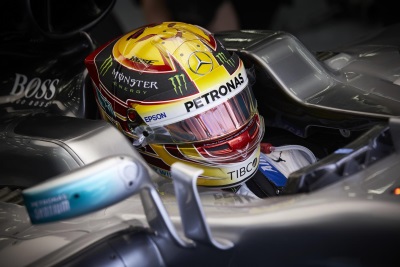 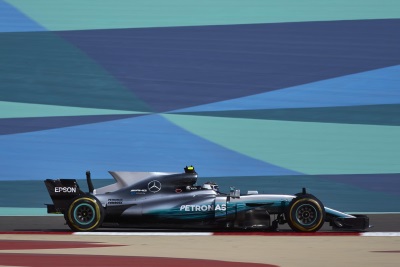 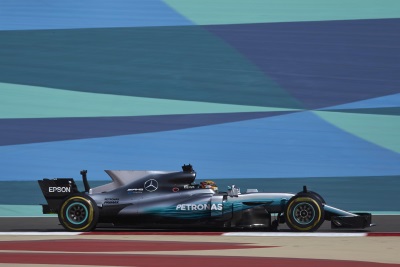