•China GT Championship 2017 debut for 570S GT4 •570S GT4 to be raced by McLaren China Managing Director, David McIntyre •McLaren named Official Safety Car partner for China GT 2017 McLaren's 570S GT4 track car makes its China debut this weekend in the first race of the 2017 China GT championship, before an estimated TV and online audience of over 75 million. The 12-13 May event at Beijing Goldenport Park circuit provides an appropriate showcase for the McLaren 570S GT4, China GT having swiftly become the most influential elite racing contest in China since its launch in 2016. McLaren has been named Official Safety Car partner for China GT and will provide a 570S road car for this purpose.

A total of 16 teams from both China and overseas will compete in 12 races at six different locations: Beijing, Erdos, Zhuhai, Shanghai, Chengdu, and the new Zhejiang circuit. This year sees the inclusion of a GT4 class for the first time, in addition to GT3 and GTC competitions that ran in 2016. A McLaren customer racing team, 'The Winning Team', will enter a 570S GT4 driven by two seasoned racers, in the GT4 class. With eight years of racing experience at various levels, McLaren China Managing Director David McIntyre competed in the Korean Speed Festival for three years running and the Malaysian Touring Car Championship in 2016. His team-mate is South Korean-born Dutchman, Roelof Bruins, who has been racing for 25 years in various series. Beginning his career at a young age in karting, he has competed in Korean Touring Cars for the past seven years, winning five championships during this time. The duo will race the McLaren 570S GT4 at all 12 dates in the China GT calendar. In addition to the carbon fibre Monocell II chassis of the McLaren 570S, which combines lightweight properties with innate strength to give superior track performance, the GT4 car features other cutting-edge technology crafted specifically for the racetrack, including an aluminium rear wing that balances extra downforce with a front splitter, the addition of bonnet 'nostrils' to improve overall airflow and a centrally mounted front radiator to optimise heat dissipation.
Photo credit: McLaren Automotive
posted on conceptcarz.com 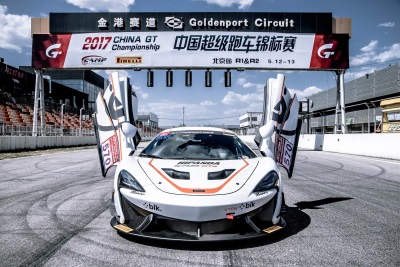 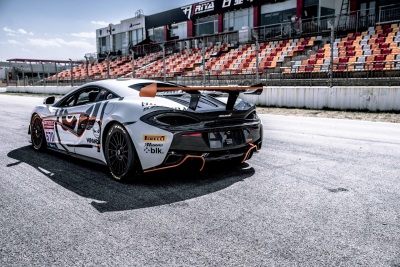 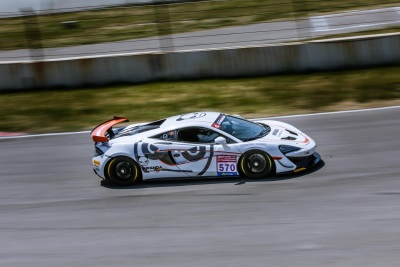 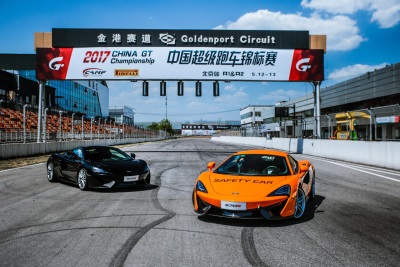