Custom built by Mercedes-Benz's most experienced craftsmen and luxuriously appointed with materials of the highest quality, the cross-braced, oval-tube chassis features a lavishly equipped interior with supple leather upholstery, beautiful burr walnut trim and chromium-plated dashboard instrumentation and precision made switch gear. Such is the comfort and speed of the 300 that it became the car of choice amongst government officials in Germany, as one of the very few contemporary vehicles capable of carrying six passengers in comfort at sustained high speeds. It was for this reason that the 300 was given its unofficial name as the 'Adenauer', named after German Chancellor Konrad Adenauer, Mercedes-Benz's most high-profile customer at the time. Silverstone Auctions' sales manager Will Smith explains: 'The 300 is a historically significant car as one of Mercedes-Benz's first all-new designs of the post-war era. Its arrival re-established Mercedes-Benz in the front rank of prestige car manufacturers, marking a return to the marque's tradition of building high-performance luxury automobiles of the finest quality.' This particular 300b Cabriolet D was built in late 1953 to be delivered to London and has recently undergone a fastidious, bare metal restoration over a four year period. True to the ethos of retaining original parts throughout, almost every part of the car was carefully restored and refurbished, with the exception of metal floor panels sourced from a 300 Saloon donor car and the roof covering made from original materials by Mercedes specialist in the United States. Trending News
Photo credit: Silverstone Auctions
posted on conceptcarz.com 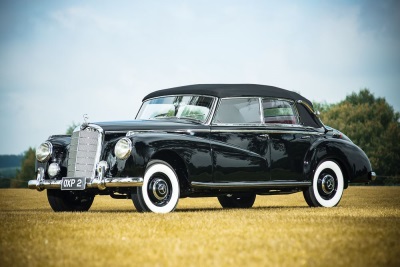 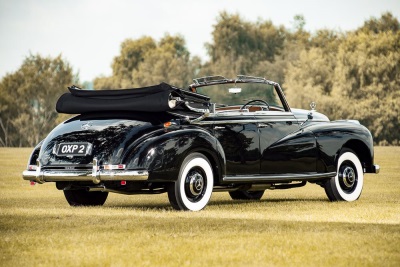 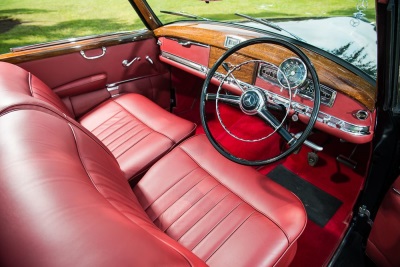