All-New Land Rover Defender Will Be For Sale In U.S. And Canada Starting In 2020; Debut Coming In 2019

•Testing of Camouflaged Prototypes On-/Off-Road Begins January 2019 in North America •Next Generation Defender Will Be Revealed in 2019 and Available from 2020 Mahwah, New Jersey (December 27, 2018) – Land Rover North America today announced something to celebrate in the New Year, the next-generation Land Rover Defender will be offered for sale in both the U.S. and Canada, starting in 2020. Testing of the new vehicle is already underway around the world with the first development mules and prototypes reaching North American shores earlier this month. Testing on the continent provides valuable data to engineers given the wide variety of terrain and surfaces available in America. Engineers will subject the vehicle to rigorous test extremes to make sure the new Defender is the most off-road capable Land Rover vehicle ever; operating in temperatures from -40F to +120F while driving the test vehicles on- and off-road at altitudes of more than 13,000 feet above sea level.

'There are a handful of automobiles that are beloved around the world and stand for a brand, a country and a distinct way of life. The Land Rover Defender is such a singular vehicle,' said Kim McCullough, Vice President of Marketing for Jaguar Land Rover North America. 'On behalf of Land Rover and our retailers, we are proud to announce the voices of American and Canadian customers has been heard: The all new Defender will be for sale here starting in 2020. This announcement is a holiday gift to our Defender fans in North America and a hint of what's to come in the New Year.' Series Land Rover vehicles have garnered a cult-like following for both their iconic design and reputation for rugged go-anywhere utility, making them among the world's most capable off-road vehicles. In the time since they were sold in the U.S. and Canada, 'NAS-Spec' Defender vehicles have appreciated in value significantly and are widely sought after as collectors' items for both off-road enthusiasts and those who appreciate the design aesthetic of the vehicle.
The Series Land Rover vehicles haven't changed much since the idea for the first model was dreamed up shortly after World War II by the Wilks brothers on the shores of Red Wharf Bay, Wales, more than 70 years ago. With each successive design – from the Series 1, 2, and 3 Land Rover vehicles, to the later 'Defender' branded vehicles – changes were largely evolutionary, rather than revolutionary.
Even the design of the previous generation Defender remained largely unchanged for the 33 years it was produced. Instantly recognizable by its rugged squared-off exterior, round headlights and signature rear-mounted spare tire, the Defender and all Series Land Rover vehicles have been lauded the world over; driven by farmers, military and police, celebrities, and even royalty. By one measure, it's estimated that a Series Land Rover was the first automobile many of the world's population ever saw in person. Trending News
Photo credit: Land Rover
posted on conceptcarz.com 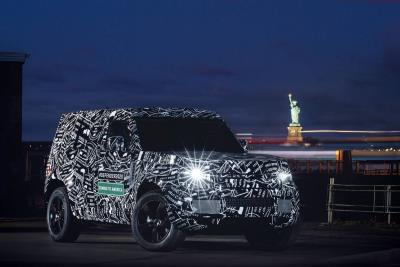 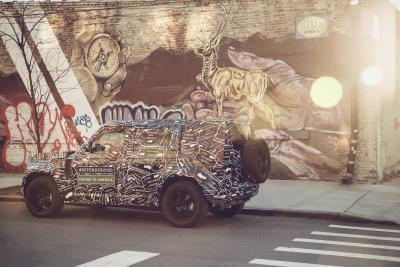 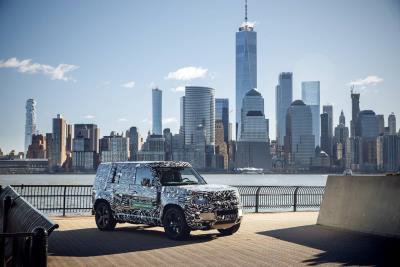 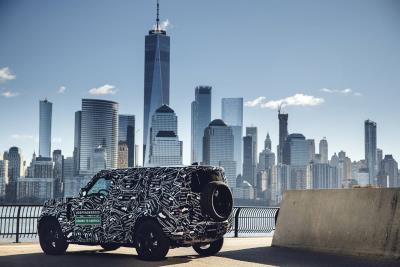 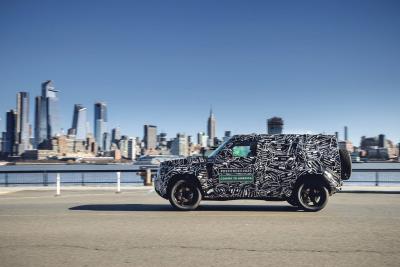 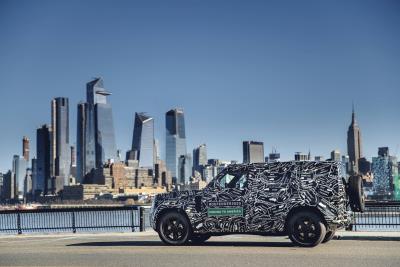 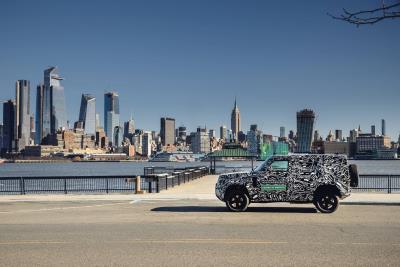 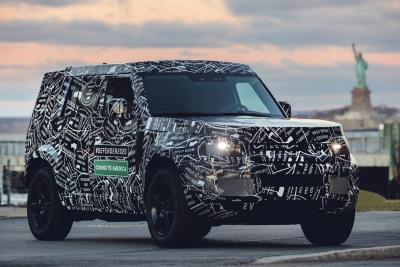