I must admit to a high level of anticipation and excitement as I awaited my week with the 2019 Corvette Grand Sport. I am always shopping for a terrific and relatively affordable GT car. I could blow off Fridays, head out the day before, drive 200 miles in open air or air-conditioned comfort and arrive at a hotel/resort where the doorman would be stunned by my Vette inspired panache. Other weekends I'd explore historic racing venues where I would employ more power and better handling than most mere mortals could ever fully utilize. All the while, I would never be far from a dealer able to handle problems should they arise. The Corvette Grand Sport could be my answer. It comes standard with magnetic ride control and options to switch between multiple ride settings allowing a boulevard ride, track day performance and everything in between. A magneride suspension requires the addition of the Z07 package and $8000 in option money to the far more expensive and more performance oriented Z06. (That package adds a few more bits like special suspension settings and carbon ceramic brakes, no matter which car adds it.) The Grand Sport's 460 hp direct injection V8 should be good enough for me; it powers the car to 60 mph in an advertised 3.6 seconds (the ipad recorded several sub four second runs with no special prep). More power comes with a significantly higher premium and perhaps more troubles as many who have reported on earlier Z06 cooling issues can attest. Convertible or not? Both offer open air motoring. I was worried about storage for that doorman impressing luggage when the lightweight roof panel was stowed. Incidentally, removal of the 16 pound top was easy – a one person job, the hatchback opening was huge, the top snapped in place in seconds and below it was a generous 10' x40' x36' space for my weekenders and more.
Which package or upgrade? Corvette's 2LT package adds $4455 to the coupe's base price of $65900 but heated and ventilated seats, a heads up display and a 10 speaker Bose premium audio system (that can be heard above the din) seem like a must. The 3LT upgrade adds a lot of Napa leather and a fancy quilted headliner. I might do without those especially for an additional $5290 but the built in Performance Data Recorder along with a well-functioning Nav system piques me. How much would an ipad with an add on advanced data system cost? Hmmm.
8-speed automatic with paddles or a 7-speed manual? Both are cool; more information to follow. My Vette appeared – stunning and stealthless in Torch Red. It's 3 plus inches wider than the standard Stingray with lots of ducts and ground effects. I stoop to enter. It's low but not Lotus low and there's more than enough extension room to facilitate entry. Seating is comfortable and multi-adjustable. Move the lumbar lever just right and the bolsters adjust. Plenty of room for knees. Finishes seem better than earlier Corvettes – good enough for my luxo GT. Key, wallet and phone are in my hand with no obvious place to put them. The glove box is far and the console space is shallow – less than two inches deep. But wait….with a touch of a button, the eight inch touchscreen lowers revealing a great space for all the aforementioned and energy bars! I can plug in for Apple CarPlay or Android Auto behind the screen or in the console but it seems a bit old school to have to plug in for charging.

The Grand Sport starts instantly – a nice rumble but hard to hear with the windows closed. I have come to like the option of a heavily amplified cockpit broadcast of the exhaust note but it is not obvious here. The heads up display reveals a g-meter; I am in the right car. I back out the driveway but stop abruptly. There's a minimal rise to my driveway but I am not going to clear pavement without scraping the air dam. How did they get it in here? I angle the car – still no clearance. I am forced to go behind the garage to the secret dirt path to the street. I could love this car but I can't bring it home. The Vette needs an auxiliary air ride system far more than my Jeep does.

On down the highway, there's a bit more road noise than expected. Fiberglass body, hatchback and 13 inch wide rear stickies: I should not be surprised and those gum balls will come in handy later. Great climate control but on high it drowns out the radio, but not the phone; the fan automatically slows as you connect. The suspension is comfortable enough in Touring and Echo modes. Steering is precise and avoids the heavy resistance of many modern systems.

I went to nearby Carolina Motorsports Park, an ideal place for photographs – why else would I go? The Grand Sport is composed all the way to its impressive limits. Tremendous confidence ensues and I am sure my last corner exit speed did not match his but I find myself flat footing through the kink where Jimmy Johnson famously spun his Vette' before the tv cameras – an event he made no attempt to edit! Acceleration and torque amaze and the six piston front and four piston rear Brembo's allow me to brake deeper into turns than I thought possible. The automatic shifts more quickly than I ever could and published performance figures verify its superiority over the seven speed manual. In track mode it holds the gear to maintain optimal performance giving amateurs (like me) one less thing to manage as they approach their limits.

I am an old guy. I like my creature comforts and seven or eight years ago I might never have missed a few items like rain sensing wipers, blind spot detector, speed limit signage in NAV, and adaptive cruise control. I like a surround view system that you access with a button; you have a tedious scroll through a menu to access the Corvette's front camera. But these are relatively minor drawbacks especially with the amount of all around fun and performance to be had for the price of the Corvette and there may never be a better time to buy one. Note that 2019 is the C7's final year. Annual sales numbers have declined steadily from its introduction high of 34389 in 2014 to 2018 when 18791 were sold. Its lowest ever sales month was this January when 1005 units went out the door. There are thousands on dealer lots. Many of the devoted are waiting for the 2020 mid engine Corvette. The C7 has been a relatively trouble-free car and by now most problems should have been solved. Numerous dealers are offering discounts of 14-19% and that's before negotiation. I cannot get the 2019 Grand Sport up into my driveway but you probably can and should. 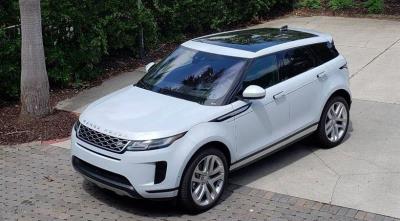 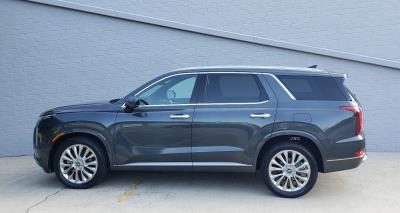 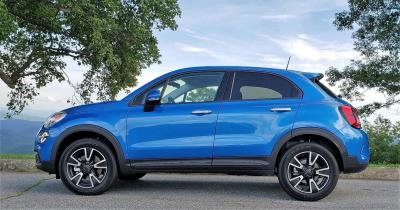