• New 500 makes institutional debut in Rome •John Elkann, Pietro Gorlier and Olivier Francois present the zero-emission model to the President of the Italian Republic and the Italian Prime Minister Today in Rome, the New 500 made its institutional debut, firstly at the Palazzo del Quirinale, where the 100% electric city car was presented to the President of the Italian Republic, Sergio Mattarella, by John Elkann, Chairman of Fiat Chrysler Automobiles (FCA); by Pietro Gorlier, Chief Operating Officer EMEA Region FCA; and by Olivier Francois, President Fiat Brand Global. The FCA Management then travelled to Palazzo Chigi to present the New 500 to Giuseppe Conte, the Italian Prime Minister. On the eve of the 500's 63rd birthday, the all-new city car was presented in the courtyard of the Quirinale presidential palace with John Elkann, Pietro Gorlier and Olivier François explaining to President Mattarella how the third generation of the 500 is an all-Italian response to the sustainable mobility of tomorrow.

The New 500 was created, designed and engineered in Turin and is an example of the creativity and innovation of which the company and the city – where Fiat was founded over 120 years ago – are proud. This is also demonstrated by the e-Mobility initiatives created at the Mirafiori complex, including FCA's Vehicle-to-Grid (V2G) pilot project, which once fully completed will be the largest plant of its kind in the world. By the end of 2021, the infrastructure will have the capacity to interconnect up to 700 electric vehicles, capable of providing ultrafast grid services to the transmission network operator, as well as recharging the vehicles themselves. This afternoon, the FCA Management visited the seat of the Italian Government to meet Prime Minister Giuseppe Conte. In a perfect opportunity to reaffirm FCA's commitment to implementing its broad investment plan for Italy - much of which has already been launched in domestic plants - Mr Conte was introduced to the New Fiat 500 in the courtyard of Palazzo Chigi. The plan is based on a transformation of the Italian automotive industry with a view to a low-emissions future, powered by increasingly connected hybrid and electric vehicles.
Photo credit: Fiat
posted on conceptcarz.com 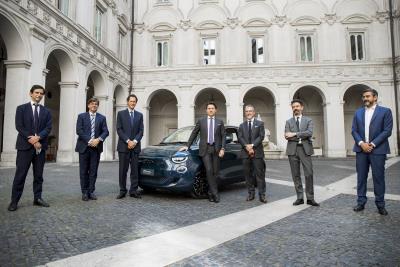 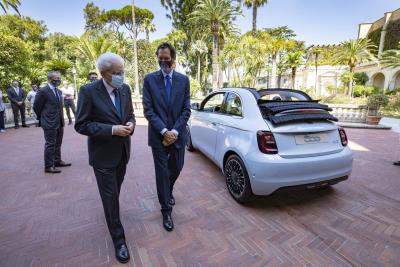 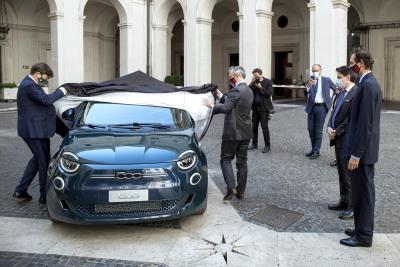 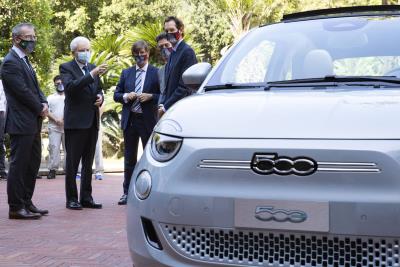 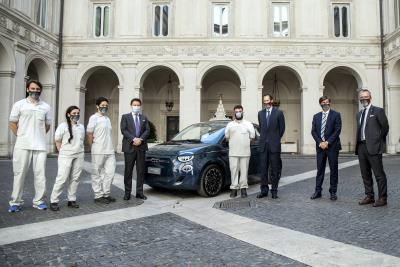 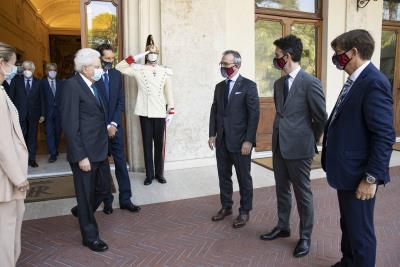 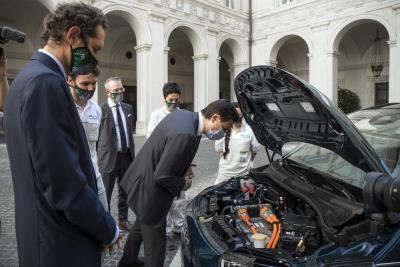 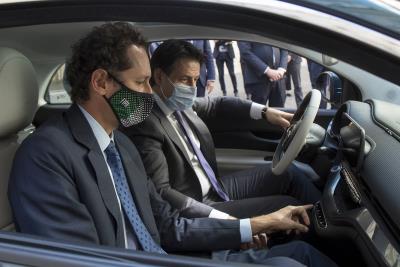 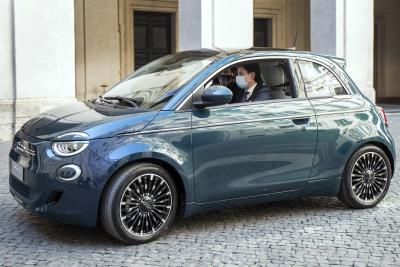 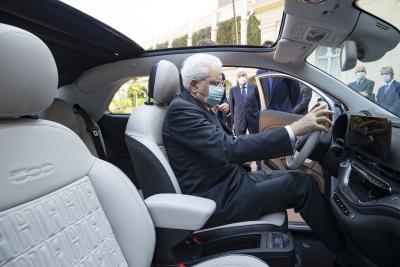 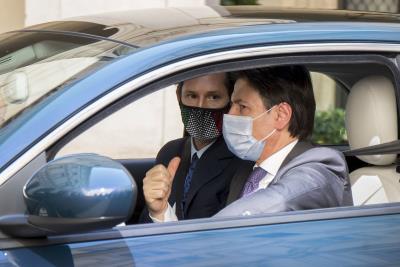 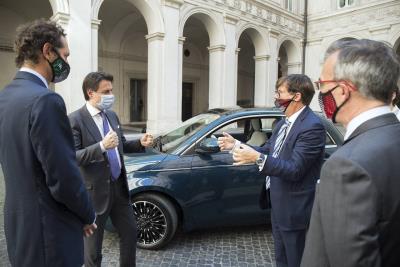 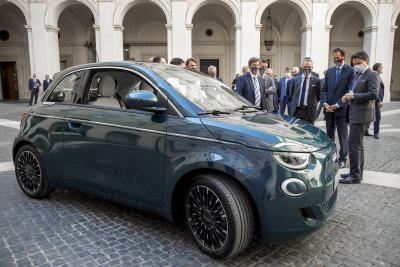