Škoda Brings The Complete SUV Family To TV With New Advert, 'Each As Splendid As The Next'

August 7, 2020 by Skoda
• ŠKODA UK has revealed the first look at the brand-new SUV range TV advert, titled 'Each As Splendid As The Next' •The advert is the latest instalment in ŠKODA's Driven by Something Different series •Three SUVs are featured in the advert; Kodiaq L&K, Karoq Sportline and Kamiq SE L•The new campaign debuts on Saturday 8 August 2020 during The Voice Kids

Milton Keynes, 7 August 2020: ŠKODA UK's latest TV advert portrays the car manufacturer's range of three unique models, 'Each As Splendid As The Next', in their own way.
'Each As Splendid As The Next' builds on last year's campaign featuring Paloma Faith, I Gotta Be Me, which celebrated the wider ŠKODA brand. This new TV spot confidently showcases the models within the SUV range with the three co-existing in a playful dance across the desert, reflecting a hint of good-humoured rivalry between them.
The advert features the complete SUV family from ŠKODA – Kodiaq, the brand's flagship SUV, the mid-sized Karoq and the compact Kamiq – showcasing each model 'dancing' in the desert. The three cars glide across the landscape, showcasing sleek bodywork and stylish design features, to Wanda Jackson's Whirlpool. The ad features the voice of award-winning actress, Ana Geislerova, from ŠKODA's birthplace, the Czech Republic.

Created by Fallon London, the advert was directed by Creative Director Graham Lakeland and Creative Team Hayley Power and Steve Robertson. The advert will run as part of an integrated digital, media, PR and social campaign, and will air on TV from Saturday 8 August during The Voice Kids. Kirsten Stagg, Head of Marketing, ŠKODA UK, said, 'This is the first time we will bring our SUV range together in a simple and confident execution featuring a light-hearted tone that's become familiar to ŠKODA adverts. Our Each As Splendid As The Next campaign line will feature across all channels, including social media and OOH, bringing to life the individual and unique benefits of each of our SUVs.' 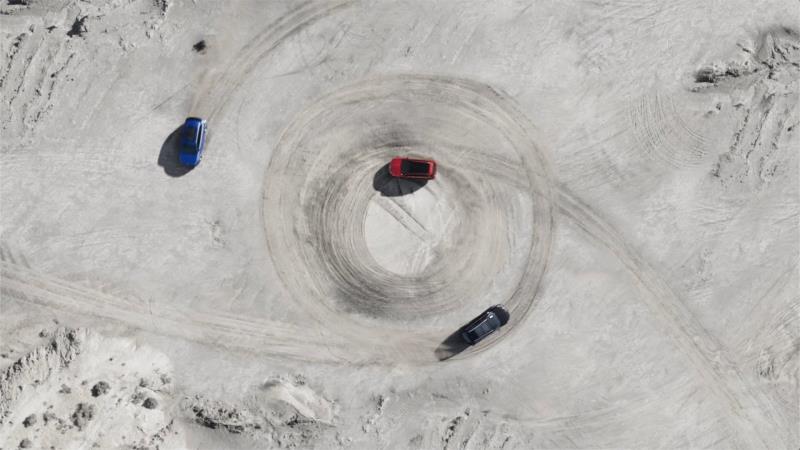