2020 Addition of the Summer Special Auction Deemed a Success More than $18.6 million in overall sales was achieved at the recently held live Mecum classic and collector car auction in Kissimmee, Florida. With a total of more than 800 vehicles crossing the auction block in just three days, Aug. 27-29, the reserve-based auction achieved a 65% sell-through rate as 518 cars hammered sold. Mecum continues to adapt successfully despite the logistical challenges of 2020. Since June, Mecum has safely conducted four live auction events in Iowa, North Carolina, Indiana and now in Florida with the Summer Special. Osceola Heritage Park is a familiar venue for Mecum and its customers as it plays host to the world's largest collector car auction in January each year. Mecum ensured a safe and comfortable auction atmosphere in which to do business in the Sunshine State, resulting in overall sales numbers that exceeded pre-auction expectations. The weather was hot, and so were the hammer prices. Individual sales were topped by a pair of Ford GTs, the first existing as a 2018 model (Lot S120) with just 97 miles and the second boasting status as a Heritage Edition built in 2006 and sporting just 3,600 miles (Lot S115); the celebrated American-built supercars sold for $935,000 and $412,500, respectively. Other top sellers ranged from a 2006 Mercedes-Benz SLR McLaren (Lot S77.1) and a 2015 Bentley Continental GT3-R (Lot S121) to a 1969 Dodge Daytona (Lot S108), a 1967 Shelby GT500 Fastback (Lot S132.1) and a 1934 Packard Coupe Roadster (Lot S126), all of which hammered for strong, six-figure sales. 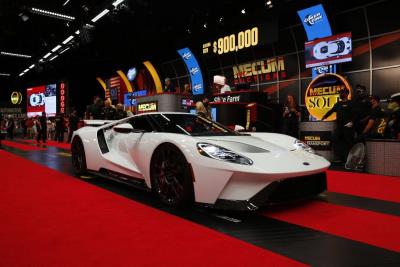 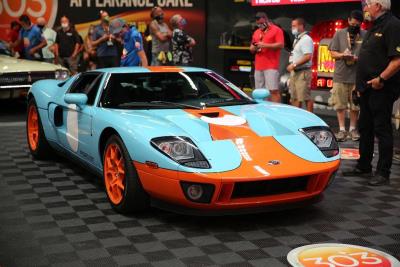 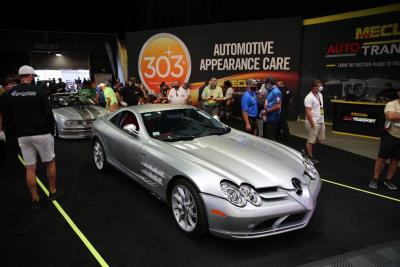 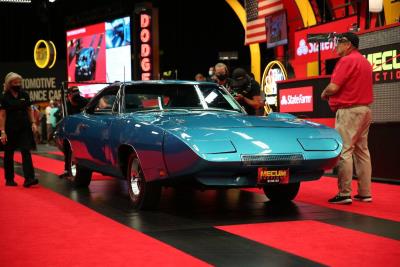