Tackling Air Quality Outside Schools: A Quarter Of Parents Admit To Engine Idling On School Run

• 62% say COVID has increased likelihood of driving children to school according to new report
• 1 in 3 children in the UK breathe unsafe levels of air pollution
• 60% unaware that sitting in a stationary car with the engine running is illegal
• Men are 50% more likely to idle than women
• Lack of parking near schools fuels idling in urban areas
• Renault launches 'Be Mindful, Don't Idle' awareness campaign to help improve air quality outside schools
• Renault has pioneered electric mobility for more than 10 years and is Europe's leading electric vehicle manufacturer
• Renault ZOE is the best-selling electric car in Europe and is part of Renault's range of eight electrified models
• Find out more about the campaign, here: www.renault.co.uk/BeMindful

With one in three children in the UK growing up breathing unsafe levels of air pollution*, the return to school could see the problem intensify with 62% of parents saying they are more likely to drive their children to and from school as a result of the recent pandemic. The increased dependency on the car comes as more than a quarter (27.2%) admit to leaving their engines running – known as idling – during the school run, according to a detailed new study by Renault. Men are 50% more likely to do it than female drivers, representing 32.7% and 22% respectively. The findings have been released as Renault launches its 'Be Mindful, Don't Idle' education campaign to improve air quality around schools. More than 8,500 schools, nurseries and colleges in England, Scotland and Wales are located in areas with dangerously high levels of pollution**.

Renault studied the habits and attitudes of more than 4,000 'school run' parents and motorists. Of the reasons given for leaving their engines running nearly a third cited doing so because they are only stationary for 'a short while' and 26% wanted to keep the heater or air-con on. Alarmingly, 60% of all drivers are unaware that it is illegal under Rule 123 of the Highways Code. Authorities can now issue £80 fixed penalties under Road Traffic Regulations 2002 and Section 42 of the Road Traffic Act 1988 in Scotland. A lack of parking near schools is the biggest infrastructural challenge to idling. Overall 23% said they needed to be ready to move their car into a suitable parking space. Naturally, this issue is worse in urban areas – 60.9% – compared to rural locations with just 11.5%.
Idling because of a lack of parking Urban 60.9% Suburban 27.6% Rural 11.5% The report underlined the reasons for the 'school run', with 30% dropping their children off by car because it's on their way to work, 18% because of safety concerns and 12% have no other means of getting them to school. The issue of idling is greatest within built-up urban and suburban areas according to Renault. Half of those live in cities, yet 12% of those in rural areas admit to doing it regularly. Idling for just 10 seconds wastes more fuel than restarting the engine‡. A 2019 study by Kings College London revealed that children in London travelling to schools across the capital are exposed to air pollution five times higher than at any other time of the day†. Renault found that London accounted for the highest number of idling offenders – 22.5%.   The majority (50.3%) of those found to be idling say they sit with their engines running for 1-5 minutes, 6.7% estimate they do it for 11-15 minutes on average. According to the study, a quarter of all school runs are less than a mile in distance. The majority (53.9%) are between 1-5 miles. 'The fact that the majority of people don't realise that idling is illegal just highlights the scale of the problem,' explains Matt Shirley, Senior Manager, Electrification & New Mobility. 'Every minute a car is idling it produces enough emissions to fill 150 balloons'. It goes without saying, if the 27% of school run journeys stop idling, there would be a significant improvement in the air quality for their children. 'This is not about demonising the school run, our study underlines the importance, even more so since lockdown, of the car. We just want parents and guardians to be mindful of the detrimental impact of idling, and to alter their behaviours for their own children and those around them.' Renault has been one of the pioneers of electric vehicles, developing a range of passenger and commercial vehicles providing zero tailpipe emissions. Its multi award-winning Renault ZOE is the most affordable electric vehicle on the market, which aims to make electric driving accessible to all, while its wide range of electrified vans include the Master Z.E. and the Kangoo Z.E. In 2020, it broadened its range of electrified cars and vans including the All-New Renault Captur Plug-in hybrid, All-New Clio Hybrid and the fully electric New ZOE Van. The Renault 'Be Mindful, Don't Idle' report involved a qualitative study of a cross-section of 2,000 parents and guardians responsible for driving their children to and from school regularly. The driving behaviours and attitudes of a further 2,000 motorists nationwide were analysed.
Photo credit: Renault
posted on conceptcarz.com 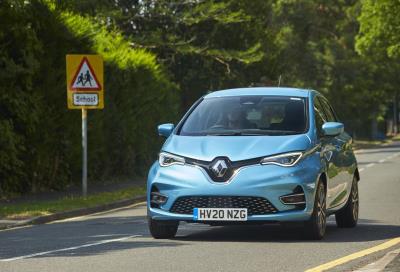 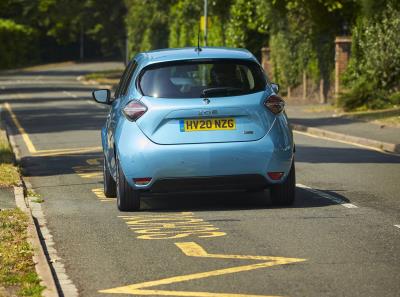 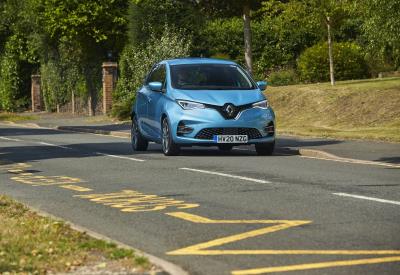 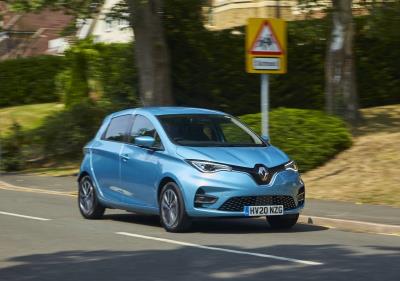 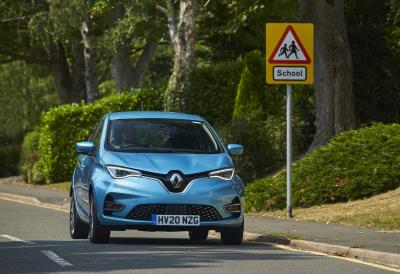 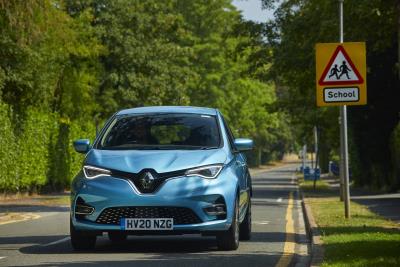 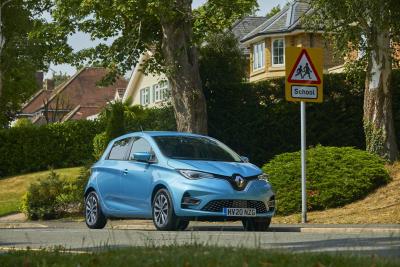 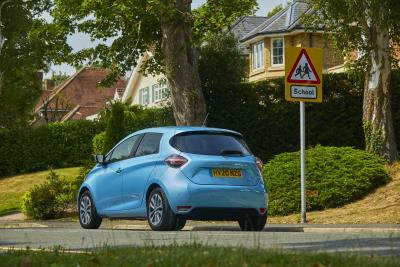 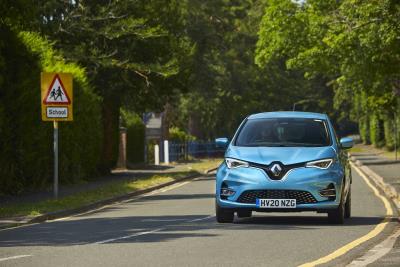