DETROIT – Having just completed four marathons in handcycles since early October – including the notoriously cold and windy New York City Marathon eight days ago – members of the Achilles Freedom Team of Wounded Veterans are spending Veterans Day recuperating with friends and family until competitions resume in January. In the meantime, the 2014 Chevrolet Silverado High Country truck that supports the team will stay on its training regimen, transporting cycles from New York to Walter Reed National Military Medical Center in Bethesda, Md. once a month to help more wounded veterans rebuild their lives through marathons and other athletic activities. Chevrolet donated the truck to the Achilles Freedom Team at last year's Army-Navy Game. 'Our veterans deserve the very best we can give them,' said Sandor Piszar, director, Truck Marketing, at Chevrolet.

In addition to the Walter Reed visits to recruit new members and meet with physical therapists, Achilles hauls the Freedom Team's three-wheel hand cycles, helmets and other gear from venue to venue. The Silverado even has a nickname – 'Reese' – for its saddle brown interior that reminds the team of a certain chocolate/peanut butter treat. 'We've put a little over 20,000 miles on it so far and it drives and hauls like a dream,' said Joe Traum, director of handcycle and kayak programs for Achilles International. Traum's father, Dick, founded the organization and in 1976 was the first athlete to finish a marathon with a prosthetic leg. In October alone, Joe Traum and Achilles Freedom Team director Janet Patton used the truck to haul gear from the organization's New York headquarters to Chicago, Detroit, back to New York, then to the Marine Corps Marathon in Washington, D.C. and back to the New York Marathon. Trending News
Photo credit: Chevrolet
posted on conceptcarz.com 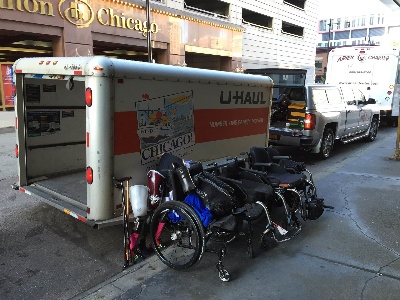 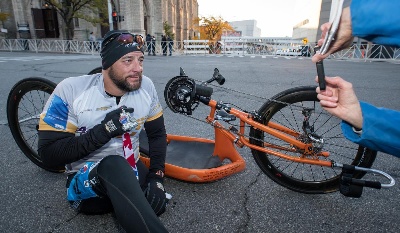 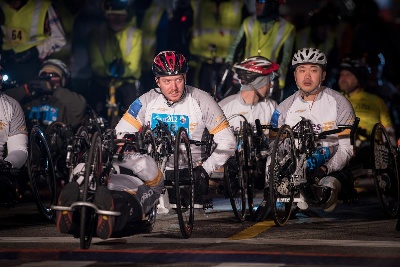