•Ford's Kansas City Assembly Plant will add more than 2,000 jobs to support high demand for Ford F-150 plus the planned production of the all-new Transit family of commercial vehicles starting next summer; more than 1,000 will be new hires •Ford F-Series sales up 24 percent in April and 19 percent year to date; full-size truck segment growing three times faster than industry average and is fastest-growing segment this year •Ford has reached 75 percent of its goal to create 12,000 hourly jobs in the U.S. by 2015 Ford, the industry's truck leader, will add more than 2,000 jobs at its Kansas City Assembly Plant to meet surging demand for the Ford F-150 and planned production of the all-new Ford Transit. 'Customer demand for today's F-150 is strong and continues growing, the truck segment is growing three times faster than the overall industry, the housing market is strengthening, and we are seeing growth in the U.S. economy,' said Joe Hinrichs, Ford's president of The Americas. 'Our 'Built Ford Tough' F-150 is America's favorite pickup, and we are going to expand operations in Kansas City to ensure we have enough trucks to meet customer demand.'

Ford is adding 900 jobs and a third crew in the third quarter to build F-150. U.S. sales of Ford's F-Series trucks increased 24 percent in April and 19 percent year to date. Ford also is adding another 1,100 jobs starting in the fourth quarter to prepare for the introduction of the all-new Ford Transit full-size van in 2014. 'For customers who want a modern van that is as tough and smart as the F-Series, the all-new Ford Transit van delivers, with better fuel economy, more capability and the greatest number of technology choices and innovative configurations full-size van buyers have ever seen,' Hinrichs said. Kansas City Assembly Plant produces the Ford F-150 Regular, Super and Crew Cab and will produce the Ford Transit. The plant currently has 2,450 hourly workers working on two shifts and will add a third crew in the third quarter. Trending News
Photo credit: Ford
posted on conceptcarz.com 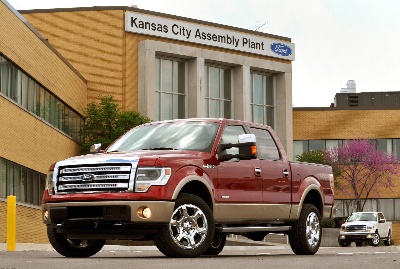 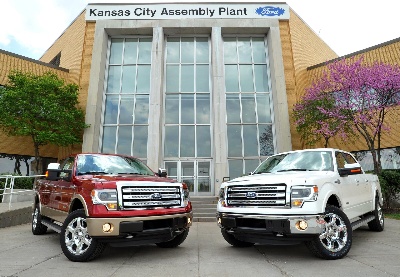 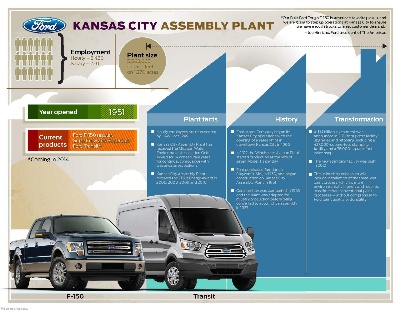 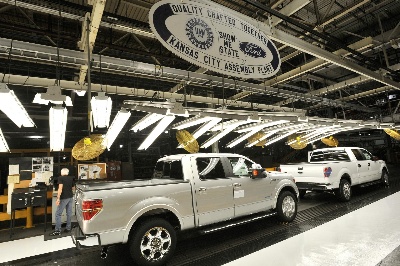 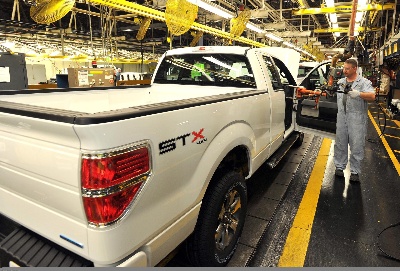 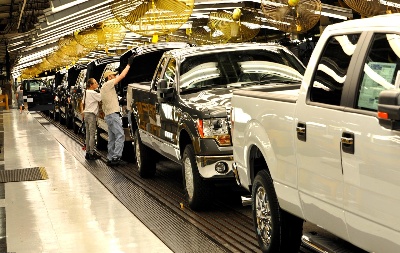 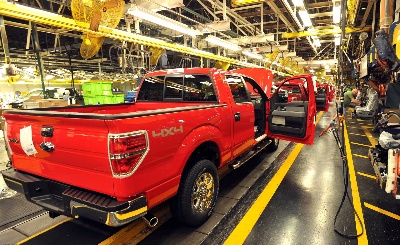 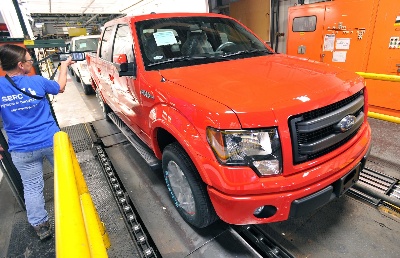