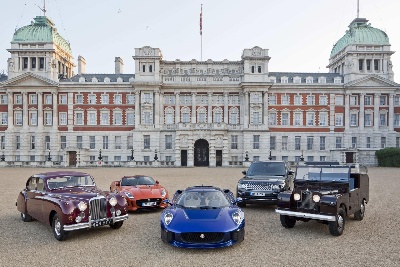 ◾Jaguar Land Rover to showcase its past, present and future at the Coronation Festival ◾Jaguar C-X75 Hybrid Supercar Prototype to take centre stage ◾Exclusive collection of Royal heritage vehicles on display Jaguar Land Rover is set to celebrate automotive innovation with a display of vehicles representing the best of British engineering over the last six decades at the Coronation Festival – July 11th to 14th. As the only automotive manufacturer to hold Royal Warrants from all three Grantors, Jaguar Land Rover will showcase vehicles which highlight the company's world-class capability in developing pioneering products and technologies with the Jaguar C-X75 Hybrid Supercar Prototype taking centre stage in the gardens of Buckingham Palace. 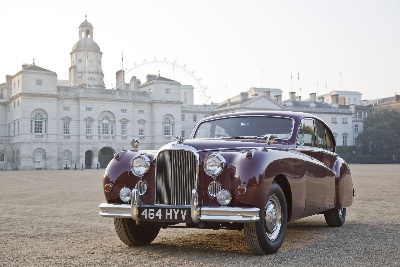 The C-X75 is a state-of-the-art hybrid supercar with the efficiency of a low-emissions city car representing the pinnacle of the company's engineering and design expertise. The great achievements in the development of C-X75 prototypes - including cutting-edge hybrid technologies, carbon composite materials and advanced design solutions pioneered in association with Williams Advanced Engineering - will be utilised in other areas of research and development, innovative future products and next-generation engineering for the Jaguar and Land Rover brands. This is the latest example of Jaguar Land Rover's commitment to delivering technical excellence through product and technological innovation. Jaguar Land Rover has more than 7,000 designers and engineers dedicated to delivering the pioneering automotive innovations which have become synonymous with its vehicles throughout the decades. For Land Rover these innovations include the first SUV with Electronic Traction Control, anti-lock brakes and Stop/Start technologies and industry-first applications of adjustable air suspension, Hill Descent Control and Terrain Response®. For Jaguar these innovations include the development of the modern disc brake first seen on the Jaguar C-TYPE and more recently, the first pyrotechnic deployable bonnet safety feature on the Jaguar XK and the first aluminium monocoque body on the XJ. Two of the latest additions to both the Jaguar and Land Rover ranges - the F-TYPE and the all-new Range Rover, will also be on display at the Festival and offer further examples of the company's pioneering use of aluminium technology. The F-TYPE showcases the fourth generation of Jaguar's acclaimed lightweight aluminiumarchitecture whilst the Range Rover is the world's first SUV with a revolutionary lightweight all-aluminium monocoque body structure and is 39 per cent lighter than the steel body in the outgoing model enabling total vehicle weight savings of up to 420kg. Highlighting Jaguar and Land Rover's rich lineage will be a specially selected collection of heritage vehicles. This bespoke line up represents Jaguar Land Rover's 60 years of service to the Royal Family, with each car telling its own unique story. Amongst them are the 1953 Land Rover Royal ceremonial vehicle known as State IV which was part of a fleet which accompanied Her Majesty The Queen and The Duke of Edinburgh on a six month Commonwealth tour soon after the coronation, and a 1955 Jaguar Mark VIIM saloon used by Her Majesty Queen Elizabeth The Queen Mother for her private motoring from 1955 until 1973. Trending News
posted on conceptcarz.com
Loading...
Loading...
Loading...
Loading...
Loading...
Loading...
Loading...
Loading...