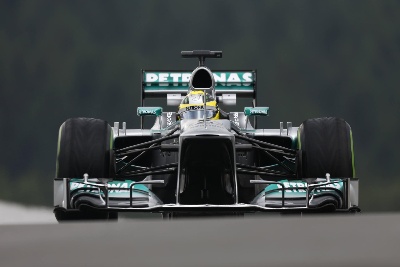 Lewis Hamilton and Nico Rosberg secured a strong team result this afternoon at the Belgian Grand Prix, taking third and fourth places respectively at Spa-Francorchamps. • Lewis' third-place finish promotes him to third place in the Drivers' Championship and was the team's seventh of the year • Lewis ran a two-stop strategy, stopping on laps 11 and 26, running option/option/prime • Nico ran the same strategy, making his stops on laps 12 and 25, also running option/option/prime • The team consolidated second place in the Constructors' Championship, scoring a total of 27 points Lewis Hamilton 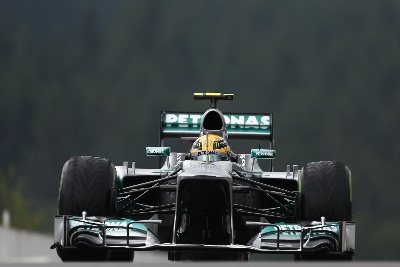 I got everything that I could out of the car today but we just weren't as quick as Sebastian and Fernando. I made a nice start and it felt like the exit out of turn one was good, too. But Seb just caught me on the run out of Eau Rouge and there wasn't really much I could do to defend: I moved once, like we are allowed to, but then I just had to watch him glide by. From that point, it was very difficult to hold on to him, and the same thing happened with Fernando, too, later in the race. We have done a good job this weekend but Spa and Monza are always unique tracks because of the low-drag requirements and I expect we will be more competitive in Singapore again. It's still a great team result to finish third with Nico right behind me in fourth, so we will take the positives from this afternoon into the next races. Nico Rosberg Fourth place was a reasonable result for me today, and it's great that we achieved a strong points finish for the team with Lewis' third place as well. The whole weekend hasn't gone perfectly for me and you are always slightly on the back foot in the race when qualifying doesn't go as well as planned. I had a great start but I wasn't able to go as long as planned on the second stint and I had to cover Felipe. But in the end, it was nice to keep Mark behind me and get fourth place. We have a lot of work ahead of us now and we need to look into why we weren't as competitive as a couple of the other teams today. Ross Brawn Trending News
posted on conceptcarz.com
Loading...