AUSTIN, Texas – Chevrolet, the University of Texas Athletics program, IMG College and the Ex-Students' Association of the University of Texas (the Texas Exes) announced a multi-year sponsorship agreement today, designating Silverado as the Official Truck of the Texas Longhorns and of the Texas Exes. Silverado also is now the Official Truck of Bevo, the Texas Longhorns' live mascot. 'There is no more appropriate place to showcase the stronger, smarter, more capable 2014 Silverado than in the heart of truck country at Texas Longhorn sporting events,' said Chris Perry, vice president of Chevrolet Marketing. 'This partnership complements the Silverado's overall marketing campaign, with its strong focus on Texas, where a Longhorn fan lives in one out of every three households and is almost twice as likely to buy a truck as the average consumer.' The relationship connects the Silverado with UT's passionate fans and alumni via multiple opportunities throughout the academic year. These include activities at home athletics and alumni events, print and digital promotional opportunities, promotions, event signage, presence on the Longhorns' statewide radio network and coaches' endorsements. It also includes a presence on the Longhorn Network, the 24-hour channel dedicated to programming associated with Texas Athletics and the University of Texas.

'We are appreciative of Chevrolet's generous sponsorship in this category for multiple campus areas, including athletics,' said DeLoss Dodds, UT men's athletics director. 'Athletics is very collaborative on campus, and the scope of Chevrolet's agreement is in line with that very spirit.' 'We are thrilled to join forces with another high-quality, internationally recognized brand such as Chevrolet,' said Leslie Cedar, CEO and executive director of the Texas Exes. 'This partnership enables us to further our mission of championing the University of Texas in its quest to become the best public university in the world.' Unique opportunities in this sponsorship include allowing a Silverado truck to pull Bevo's trailer to and from events, showcasing a Silverado at the Texas Exes' 'Biggest Tailgate in Texas,' the new Chevy Silverado Ticket Will Call & Pick-up Window designations and the Official Truck of the AT&T Red River Rivalry, the annual Texas vs. Oklahoma football game in Dallas. The Silverado logo also appears on the backdrop for all Texas Athletics official media conferences and interviews. The University of Texas partnership follows the all-new 2014 Silverado's overall launch efforts, which began in Texas with Silverado displays, drive events and an original song by Grammy-nominated recording artist Will Hoge. Trending News
Photo credit: Chevrolet
posted on conceptcarz.com 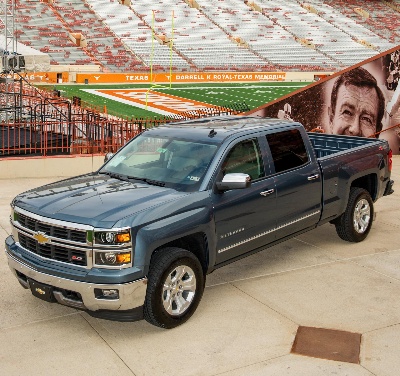 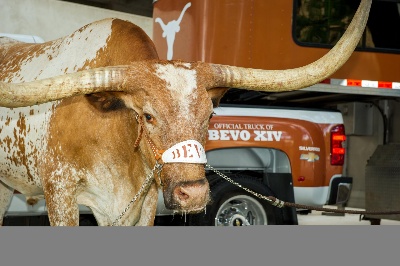 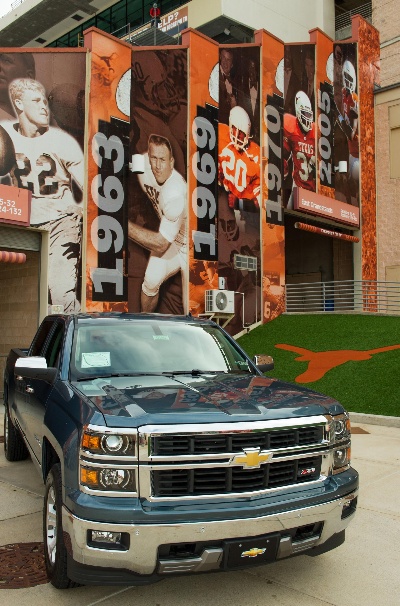