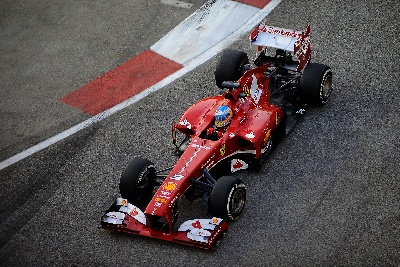 Singapore, 20 September – Lewis Hamilton came out on top at the end of first practice for the thirteenth round of the Formula 1 World Championship, on the streets of Singapore. The session began at dusk and ended under the glare of the 1600 spotlights that line the street circuit. The Englishman took his Mercedes round in 1.47.055, ahead of the two Red Bulls of Mark Webber (1.47.420) and Sebastian Vettel (1.47.885.) For Ferrari, Fernando Alonso and Felipe Massa were seventh and twelfth respectively with times of 1.48.362 and 1.49.493. Both men used just one set of the Medium tyres on a track that offered little grip, as they worked on the usual Friday programme of comparing different aero configurations. The second session gets underway at 21.30 local time.
posted on conceptcarz.com
Loading...