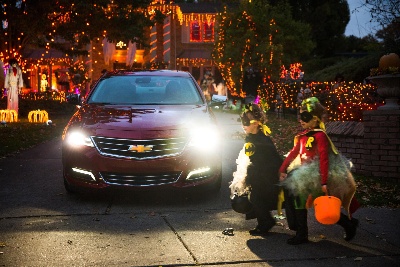 DETROIT – With Daylight Saving Time ending this Sunday, many people will drive in the dark more often. For those uneasy with night driving, the 2014 Chevrolet Impala can help brighten the task.

The enhanced visibility provided by Impala's headlamps can help drivers avoid crashes after dark, the riskiest time of day. According to a study cited by the Federal Highway Administration, the risk of a fatality at night among drivers not impaired by alcohol is more than two times higher than in daytime due to less visibility.

According to a 2009 study conducted by the Lighting Research Center at Rensselaer Polytechnic Institute, high-intensity discharge, or HID, headlamps like those on the new Impala can help drivers see objects in the road sooner than other types of headlamps, allowing for greater stopping distance.

Impala's new headlamps are a key to one of the most comprehensive collections of standard and available safety features in the segment. Impala received the highest possible 5-Star Overall Vehicle Score for safety as part of the National Highway Traffic Safety Administration's New Car Assessment Program.

All 2014 Impala models are equipped with projector beam headlamp technology, a first for the redesigned flagship sedan. The LS and LT models use halogen projectors, while the up-level LTZ uses HID bi-functional xenon projectors that offer crisper and brighter illumination.

Both types of projector distribute light evenly across the front of the car, providing a wider range of visibility than other headlamps. Impala's new headlamps use curved reflectors and 'prescription' lenses designed to project brighter light farther and with more directional accuracy. They also feature a light shield designed to reduce glare for oncoming traffic.

'Safety and customer satisfaction drove design and development of Impala's new headlamps,' said Todd Pawlik, Impala chief engineer. 'We benchmarked them against the best in the industry.'

Impala's low-profile black-and-chrome headlamps highlight the new model's exterior, giving it a slightly sinister appearance. Impala's designers were able to narrow the headlamp opening by eliminating the reflector-optic cavity in favor of a smaller lamp with bi-functional high/low-beam operation controlled in the projector by the light shield.

Extra chrome trim with metallized Chevrolet 'bowtie' accents over the side marker reflector stretch horizontally to the corner of the car, emphasizing the sleek appearance of the lamp and the width of the car.

To further enhance the appearance, the headlamp designers placed an inner lens over the turn-signal cavity, helping to obscure the bulb while dispersing its light, giving a dramatic 'fire-in-the-hole' appearance when lit.

The LTZ model accents the HID bulb with a light-emitting diode, or LED, halo ring designed to give an expensive appearance while functioning as a parking lamp. The model's LED daytime running lamps improve visibility at any time of day.

'Impala's new-look headlamps required a significant amount of attention to detail,' said Steve McCabe, lead creative designer for Impala. 'As a result they help give the car a premium appearance.'


About Chevrolet
Founded in 1911 in Detroit, Chevrolet is now one of the world's largest car brands, doing business in more than 140 countries and selling more than 4.5 million cars and trucks a year. Chevrolet provides customers with fuel-efficient vehicles that feature spirited performance, expressive design, and high quality. More information on Chevrolet models can be found at www.chevrolet.com. 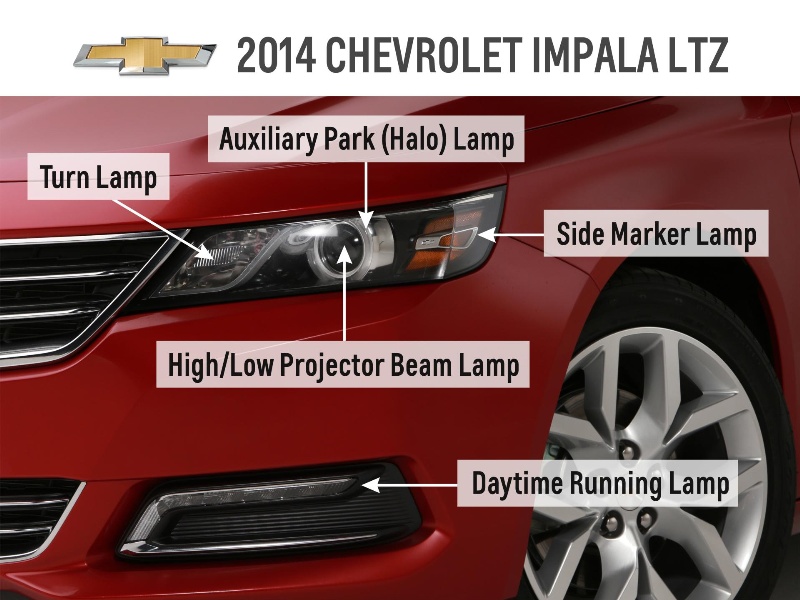 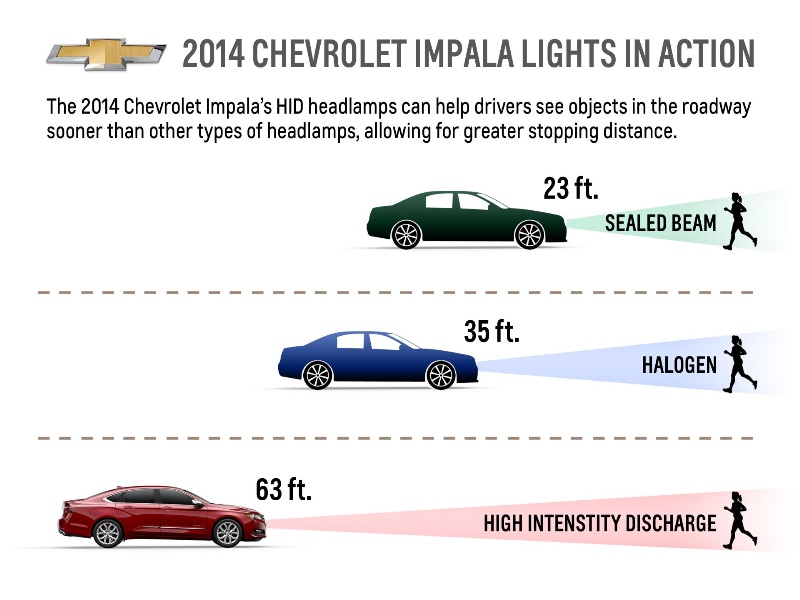