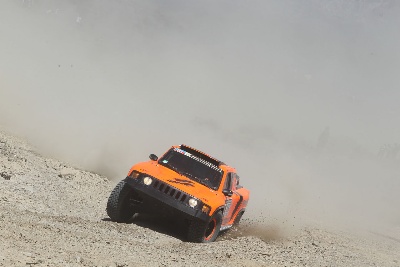 San Juan, Argentina (January 7, 2014) – American's Robby Gordon and navigator Kellon Walch rebounded following two frustrating stages at the 35 Dakar Rally to finish 6th in the third stage of the famed race. The team's SPEED Energy / Toyo Tires HST Gordini finally performed as expected and allowed the duo to finish just seven minutes and two seconds behind stage winner Nani Roma of Spain. Despite beginning the stage as the 28 of 121 cars, thus having to drive through fellow competitor's dust and significant traffic, Gordon passed more than 20 cars during his more than three-hour and five-minute race. In doing so he shaved more than 21 minutes off of Frenchman Stephane Peterhansel's overall leading time. The day's route covered 301 kilometers through the Pre-Andes Mountains. High altitudes in the two previous stages may have been a contributing factor in the team's vapor lock issues with the HST Gordini's fuel supply, therefore, Tuesday's successful run at the Rally's highest altitudes yet is certainly good news for the leading American team. Wednesday's 657-kilometer (408 miles) monster fourth stage is the longest scheduled for 2014 and will run from San Juan to Chilecito, Argentina. The long distance will not only test the drivers and navigators, but also each car's fuel capacity, as refueling during the stage is not an option. While the stage will take drivers through rivers and steep descends into canyons, it is expected to be fast and wide open, giving drivers the ability to make up time on the field if mechanical and navigational problems can be avoided. 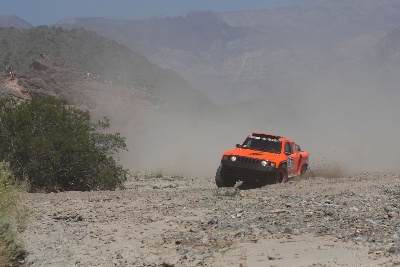 The 15-stage Dakar Rally will conclude January 18. Be sure to watch the nightly highlight show of the 2014 Dakar Rally January 6th through January 18th on NBC Sports Network at 5 p.m. EST/ 2 p.m. PST. Check local listings for exact channel and time. To follow Gordon and the SPEED Energy / Toyo Tires team as they try to rise above the competition at the legendary Dakar Rally, log onto www.speedenergy.com and www.toyotires.com/dakar for race team updates. Fans can also participate in the Dakar Rally experience by connecting on http://www.planetrobby.com and follow along with the team on Facebook and Twitter at: www.facebook.com/thespeedenergydrink, and www.facebook.com/toyotires, http://twitter.com/SPEED_ENERGY,http://twitter.com/ToyoTires. Trending News
posted on conceptcarz.com
Loading...