A working Monday in Maranello 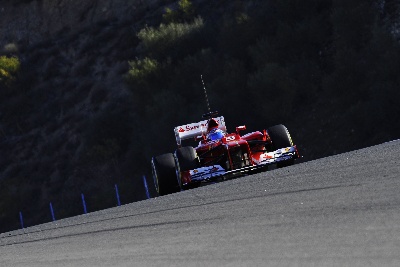 The two F2012s that took part in the Monaco Grand Prix did not take long to get back home. Chassis 294 and 295, used by Felipe Massa and Fernando Alonso respectively, were already in the Car Assembly area this morning, to undergo the usual post-race rebuild. In fact, there's no time to lose given that these same cars and all the technical equipment has to be sent off to Montreal for the next Grand Prix on Saturday morning. And someone else also lost no time in coming back to Maranello, namely Fernando Alonso. The championship leader got here shortly before lunchtime and immediately headed for the simulator to see at first hand the test that Davide Rigon was running in it: then tomorrow, it will be the Spaniard's turn to get in the cockpit. The attention of the whole team is already focused completely on Canada, a race that often throws up some surprises. There is certainly no time to enjoy the fact that Fernando is heading the Drivers' classification, because everyone is aware that there is still a lot of work to do in order to aspire to the title. Clearly, the steps forward made in relation to the very first races of the season are beginning to make themselves felt and the podiums in Barcelona and Monaco did not happen by chance. However, the team needs to keep going down this path, with the number one priority of avoiding the slightest mistakes, which can carry a very high price in such a closely contested season. This is why reliability in every area is so important, as is the need to pick up the pace of development on the car: a few small updates are still needed to find some more tenths which would produce a step forward that could be decisive. Another item on the job list is undoubtedly the behaviour of the tyres. Going into the race in the Principality, not many believed that doing a one stop race would be possible and the fact that it had not been possible to test the tyres over a long run in free practice, especially the Supersoft which was making its first appearance of 2012, made the situation even more uncertain. This meant that everyone found themselves discovering, lap after lap, how the tyres were working, something made even more uncertain because of the weather. Fernando did a particularly good job of managing the Supersofts: he played a waiting game in the first 20 laps, then rapidly closed on Hamilton before striking on his in-lap on lap 30. It was enough to get him ahead of the Englishman who had stopped on the previous lap and thus secured him a place on the podium. On the semi-permanent Ile Notre Dame track, Pirelli will be supplying the same tyres as used in the Principality: the data gathered over this past weekend will definitely be analysed in every smallest detail to gather information useful in preparing for the next Grand Prix.
posted on conceptcarz.com
Loading...