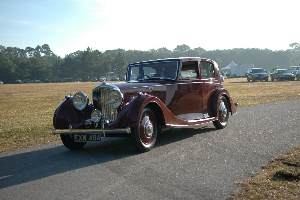 The celebration began at Roebling Roads Raceway in Savannah, Georgia where drivers enjoyed hot laps on the track. A Classic & Collectible Car Auction administrated by Potts Auction Company featured many automobiles of various types including PreWar, Exotic, European, Muscle and Sports Cars. 'The Lowcountry Adventure' was sponsored by the Rolls-Royce Motor Car Company and began at the Harbour Town Inn in Sea Pines. There was a brief visit to Harbour Town to hear the history of this famous site. The journey then crossed both Broad Creek and the intercoastal waterway bridges to the unique lowcountry community of Bluffton, SC. A second tour, 'The Savannah Experience', was also sponsored by The Rolls-Royce Motor Car Company. The tour began at the Marriott Beach and Golf Resort, Palmetto Dunes. The tour continued through a scenic drive of the back roads to Savannah, Georgia. The Car Club Jamboree was held at the Coastal Discovery Museum at Honey Horn. Present were over 10 car clubs from the coastal area displaying their cars. The event was a Celebration of the 50th Anniversary of the Thunderbird' which including stage performances and a Parade of Cars. The 'Quest for Speed & Style Exhibit' featuring over 50 performance cars, concept vehicles and museum displays.
Included in the display were rare exhibits of classic race and stock cars taken from both museums and private collections throughout the United States.

The Hilton Head Concours displayed over 200 Concours cars, Quest for Speed & Style Exhibit, Ford Thunderbird display, and a presentation of European Classics from Italy and Britain. The honorary Marque for 2005 was Packard. Founded by the Packard brothers, James & William, in combination with GL Weiss, the first Packard Model A was completed and tested in November 1899. The Packard is considered 'the motorcar of presidents and kings' according to Menno Duerkson, author of 'The Packard Story.'

The Motor Sports Hall of Fame racecar driver Bobby Rahal was selected as Honorary Chairman for the 4th annual auto show. Rahal, 52, retired from active racing in 1998 after a 17-year career on the Indy Car Racing circuit. During his pro career, Rahal captured 24 racing victories including the prestigious Indianapolis 500 in 1986 and three CART championships (1986, 1987, 1992). He was twice named Driver of the Year (1986 and 1992) and was awarded the coveted title of Rookie of the Year in 1982. Rahal has landed in the record books with first in career starts (265), second in career earnings ($16,344,008), third in laps led (3,107), fourth overall in wins (24), and fifth in pole positions (18). In addition, Rahal achieved 88 podiums, 119 finishes in the top five, and 177 top ten finishes. Recognized as one of racing's all-time best, Rahal was inducted into the International Motor Sports Hall of Fame in 2004 as well as into the 12 Hours of Sebring Hall of Fame and the Motor Sports Hall of Fame of America the same year.

BMW of North America returned as the featured 'Diamond Level' sponsor. Governor Mark Sanford was quoted as saying, 'As the main sponsor, the BMW Group has again provided significant corporate leadership, and its tremendous contributions to the economic development of our state are greatly appreciated.' Helen Limpitlaw, Marketing Manager for BMW North America said, 'This was a such a successful event for us last year, and we are delighted to return. This is the only Concours in the United States that BMW is the primary sponsor, due in part to our relationship to the State of South Carolina. In addition, the strength and attraction of the Hilton Head community and the excellent leadership of this Concours team make for an outstanding event.' BMW presented a collection of some of the most prominent BMW vehicles produced since the companies inception for the concours visitiors to enjoy.

The proceeds from the 2004 Concours totaled $30,000 which was given to the two selected charities that included the BOYS & GIRLS CLUB and the HILTON HEAD ORCHESTRA. Since the Boys & Girls Club opened its doors on Hilton Head Island in 1990, thousands of young people have found a safe place to learn and grow instead of going home after school to an emply house. The Hilton Head Orchestra provides a very extensive Community/Education Outreach Program. This arm of the orchestra is dedicated to presenting programs that enhance the musical education and experience of children – particularly under-privileged children – with a variety of initiatives.

Jim Hopkins, General Manager for the 2004 Concours, said the 2004 year's two-day event, which included both national and local sponsors, showed a 20 per cent increase in paid attendance as well as an expanded list of participants and sponsors. He pointed out that the donated funds come from the event's overall revenues less operation costs and promotional expenses.

Earmarked for the 2004 year's charitable contributions were the Hilton Head Youth Orchestra, which received $21,000 and the Boys & Girls Club of Hilton Head Island, with $9,000.

The year-round temperatures on Hilton Head range between the high 50's and high 80's. There are 19 miles of South Carolina sandy shoreline. There are more than 30 golf courses, many of which were designed by famous golfers including Arnold Palmer, Jack Nicklaus, Gary Player and Fuzzy Zoeller. More than 300 shops in over 30 shopping plazas, including every major retailer, can be found here. There are over 200 restaurants from which to choose, many headlining top-name chefs that tantalize with their artistic creations. Fine dining here is elevated to an art form. 30,000 residents live on Hilton Head's 29,000 acres.

The Hilton Head Island Concours was a great 'recap' of many of the vehicles seen throughout the year at other concours, and many that were new to the Concours circuit. The event vehicles were appropriately organized and given plenty of space for spectators to walk between and enjoy. The weather cooperated, adding to the experience.

Some of the personal highlights from the show was the one-off Pininfarina bodied Packard. The car was built from the original styling rendering Pininfarina Design of 1950 and was designed to be built from standard Packard parts. It is a one-only car that has unique styling and advanced handling. Two Hispano Suiza, a 1922 and 1926 H6B, graced the concours lawn and were some of the most elegant automobiles on display. A 1935 Duesenberg with body by Darrin was was likely the last one built on the short 142.5 inch wheel base supercharged SJ Chassis. The list of impressive automobiles displayed at the show is extensive. Please enjoy the coverage from this years event.

Thank you to all the event organizers, sponsors, volunteers, vehicles owners, and all who made this a very enjoyable and educational event. Also, 'thank you' to my brother Tim for for the assistance with the event coverage.
Galleries
American Avant Garde 1949-1975 Closed 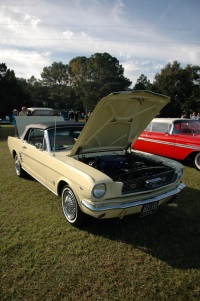 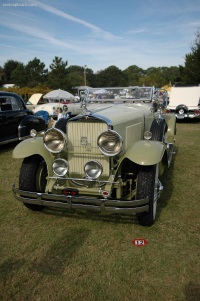 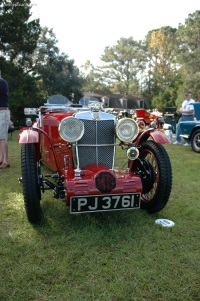 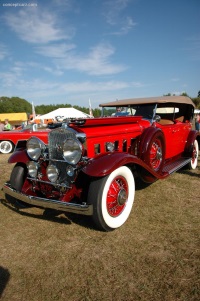 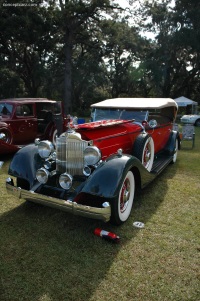 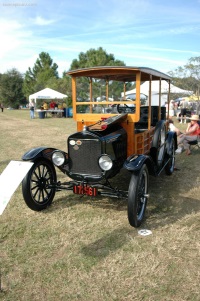 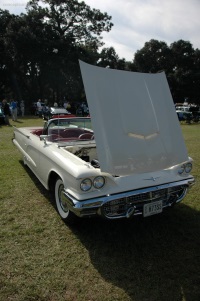