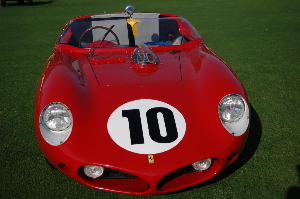 March 2006
The second weekend in March was home to the 11th annual Amelia Island Concours d'Elegance, held at the Ritz-Carlton and on the Golf Club of Amelia Island. It proved to be nothing less than spectacular, displaying unique, rarely seen, unusual, and historic automobiles. The weather was wonderful; the field of cars were evidence of the hard work and dedication done by the volunteers, committee members, participants, enthusiasts, and everyone who had a role in making this show one of the greatest automotive events in the United States. The Concours benefits the Community Hospice of Northern Florida, donating over 1.4 million since the Concours inception.

Parking for the 18,000+ spectators was located about 2 miles away at an airfield. Luxurious, air conditioned bus transportation ran non-stop, providing door-to-door service.

The Amelia Island Concours has a strong appreciation for racing and its history, with each year honoring a racing legend, and show-casing the racing cars of that individual. This year it was three time Indy 500 Winner Johnny Rutherford who was chosen as honoree; prior year honoree's have included Sir Stirling Moss, Phil Hill, Hurley Haywood, Carroll Shelby, Brian Redman, John Surtees, Dan Gurney, Jim Hall, Bobby Unser, and Bobby Allison. The cars of Johnny Rutherford were on display, paying tribute to a racing legend that has multiple accomplishments and records.

The tribute to racing continued with the classes of Can-Am, Jaguar Race Cars, Sports Cars, Sports and GT Cars, Race Cars, and Porsche 934/935 to name a few. CanAm, short for Canadian-American Challenge Cup, was a sports car racing series that persisted from 1966 through 1974. It used the FIA Group 7 category with two races occurring in Canada and four races in the United States. Funding was initially provided by J-Wax. The CanAm series was astonishing and 'wide open.' There were minimal regulations on the aerodynamics, engine sizes, and vehicle mechanics. The main rules were a body that enclosed the wheels, complied with the safety requirements, and had seating for two. The cars were faster than the Formula 1 cars of that era. The sport evolved to having cars well over 1000 horsepower with low weight, aerodynamic bodies, and large wings to create necessary down-force. Turbo-charging and supercharging were widely used. The bodies and mechanical components were made of exotic metals such as titanium. The series became a testing ground for many manufactures interested in examining technology without the worries of new or imposing regulations. Among the top manufacturers in the series were BRM, Shadow, Porsche, Chaparral, Lola, and McLaren.

Back in 1906, one-hundred years ago, a vehicle traveled 127.7 mph. A mile took only 28.5 seconds. If that does not astonish enough, it was powered by steam! This years Amelia Island Concours recognized the accomplishments set by the Stanley Steamer Rocket. There were over 20 Stanley Steamers and steam powered vehicles in attendance, as well as a three-quarter replica of the original Stanley Steamer Rocket. Watching them drive around the show field was truly astonishing, especially considering it took about 30 minutes of prep time before the steam was ready and the vehicles were able to be driven. A glimpse back 100 years to what life was like during early automotive production.

The nearly three hundred vehicles were organized into 35 groups and neatly grouped throughout the show field. There was ample spacing to walk in-between the vehicles and the various groups were easily identifiable by plaques marking the beginning of a new group.

Another spectacular group was the DuPont, with nearly 10 examples shown. DuPont vehicles were often luxury and exclusive automobiles, outfitted with exquisite coachwork from such greats as Murphy, Merrimac and Wolfington. The DuPont Company came into existence in 1919 and produced automobiles until 1931 when the Great Depression forced the company to close its doors forever; only 537 duPont automobiles were produced.

The show field was impressive and overwhelming. There was something for everyone from Detroit muscle, exotic Europeans, custom coachwork, concepts, micro cars, motorcycles, and more. The 1961 Ferrari TRI61 that captured a LeMans victory many years ago, was awarded this years 'Best in Show, Concours de Sport' by the judges. 'Best in Show, Concours d'Elegance' went to the duPont Type H Merrimac.
Galleries
Cars of Johnny Rutherford 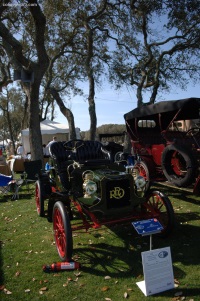 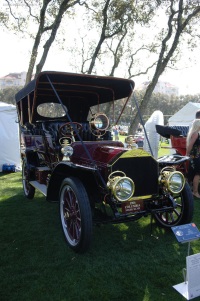 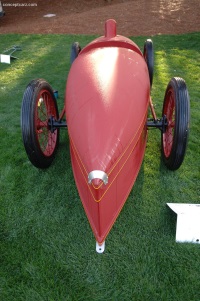