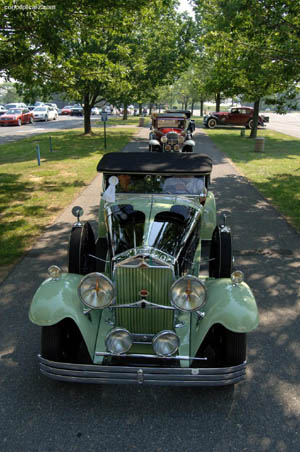 While shows honoring European automobiles focus on their sleek, exotic designs or racing heritage, this year's Concours d'Elegance of the Eastern United States chose to highlight the American accomplishments of huge horsepower and equally huge engines during the 1930s. The massive V12 and V16 engines that powered large and stately automobiles were this era's crowning achievement and something to be admired. Other American accomplishments known as muscle/performance machines also demanded respect on the showfield. These beasts were much smaller in size but packed an impressive amount of horsepower.

Ever since the invention of the automobile in the 1890s, American manufacturers have been trying to one up their competition with increasing horsepower, feeding the need for speed. The manufacturers that relied solely on their abilities to create extravagant and luxurious designs and ignored the necessity to improve their power-plants quickly went the way of the dinosaur. During the 1920's the engine size and capacity greatly improved. Many marques began to offer eight and twelve cylinder options. Cadillac pushed the envelope with their sixteen cylinder engine. Shortly thereafter Marmon introduced their version of the 16-cylinder engine which was hailed as an engineering marvel. Unfortunately, the Great Depression was too much for the company and they were forced to close their doors and cease production.

In addition to the Marmon and Cadillac, vehicles such as Lincolns and Packards were chauffeur driven with the wealthy owners comfortably nestled in the back. The lengths of many of these vehicles were ridiculous and parallel-parking in modern times would, at best, be difficult or perhaps even impossible. In addition to the elongated passenger compartment, the engine bay housing the 12- or 16-cylinder motor was stretched to accommodate the size of the massive engine. The length and weight of the vehicles not only meant that the gigantic engines were appropriate, but also a necessity; these vehicles probably wouldn't win any races on the track but had enough power to gracefully muscle these rolling luxury compartments through traffic while turning heads. The roadster 2-door versions outfitted with these engines were very fast and popular with many – including those who needed to get away quickly such as bank robbers.

Fast forward about twenty years to the muscle car revolution. Until government regulations, safety restrictions, and oil embargos, these performance machines prowled across the earth a quarter-mile at a time. Their small frame, lightweight bodies and larger-than-life engines left lots of tread on the start-line. At this year's Concours d'Elegance of the Eastern United States, these vehicles were also honored and admired for their aggressive designs and awe-inspiring performance.

In addition to these American icons, some of the best examples of design and performance to be created from across the pond were scattered throughout the showfield. The beautiful coachwork on the Bentleys and Rolls-Royces redefined the word 'perfection.' Exotic marques such as Ferrari, Porsche, ISO, and Lotus did not share the aggressive persona of the American muscle car but their elegant and aerodynamic designs, lightweight materials, super-tuned engines, and mechanical components were enough to keep pace with anything Detroit had to offer. The contrast between foreign and domestic vehicles is striking and most appreciated when seeing them side-by-side. These uniquely different interpretations of 'form and function' have been inspired by the diverse demands of their customers, government influences, and the dissimilar width and terrain of the roads.

American Power Surges in the Sunshine
Standing shoulder-to-shoulder the vehicles sat baking in the Sunday sun at the Concours. There was a slight breeze and lots of clouds, but overall a great day to be outside. You could not have asked for a more perfect day.

The spectators were treated to a parade. One-by-one the show-field vehicles rolled passed the assembled crowd as an announcer introduced the owners and passengers and gave a brief history of the vehicles. Vehicles over a hundred years old proved they were still capable of doing what they were designed to do – transport passengers.

The day prior to the Concours was an auction that can best be described as very intimate. There was a line of vehicles to be auctioned but there was a lack of buyers and interest. Instead, Concours and automobile memorabilia were auctioned and some items inspired heated biding. Though the auction was a mild success, we greatly appreciate the Concours' attempt to expand their weekend activities and offer those visiting a plethora of entertainment. This being their first attempt at an auction we know a lot of time, planning, and work had gone into making this happen. Sadly, their efforts were not rewarded. With the experience gained this year we are confident that next year's auction will be very successful.

Conclusion
Large...large engines mean large cars! Some of the largest vehicles and automobile engines ever created took center stage at this year's event. If the passenger compartment did not 'wow' the spectators, the mammoth engines surely did.

Just as in the past, this year's event was orchestrated perfectly. Owners were escorted to their parking location on the Concours field. Spectators were greeted as they entered and after paying an entrance fee were given a book detailing the day's activities, vehicles on display, information about the judges, and the listing of the awards.

A portion of the proceeds go to benefit the Lehigh Valley Hospital Burn Center and to raise awareness. On hand were representatives from a burn prevention center who talked with visitors and handed out pamphlets that helped educate and inform.

The Northampton Community College provided ample parking space for visitors and enough grass area to park the show cars. The cars were grouped by their class and a large sign marked each area. Some vehicles were arranged side-by-side in a line while others were in a circle. A plaque in front of each vehicle provided the year, make, and model of each vehicle. Often found directly behind the vehicle were its proud owner who was more than eager to talk about their pride and joy.

The Concours did an excellent job at honoring an era in American history. The cars were spectacular and thankfully the weather cooperated. Thanks to all the volunteers, organizers, sponsors, enthusiasts, and owners for making this event very enjoyable.
Galleries
1930s 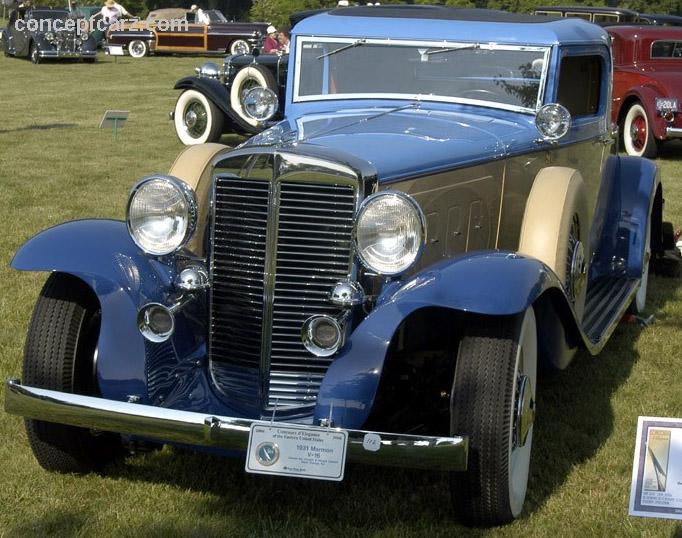