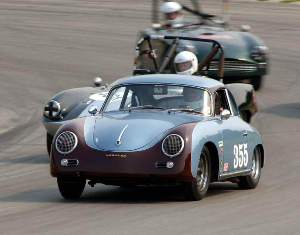 July 2006
This years PVGP at BeaveRun was a two-day event that showcased legendary big-bore pedigrees such as the Ford Mustang, Shelby Cobra, and Chevy Corvette. The Pennsylvania Chapter of the BWM Car Club of American and Porsche Club could also be seen racing around the track fighting for top honors. In total there were seven groups of historic race cars, sanctioned by the VRG and VSCCA. The groups were divided into Small Bore Production Cars, Medium-Bore Production and pre-1960 Big-Bore, Formula Ford and Sports Racers, American Ground Pounders, BMW/Porsche Challenge, and Formula Vee, Formula Junior, and Sports Racers.

Group one and two saw historic marques such as Jaguar, Triumph, Elva, Lotus, MG, Turner, Porsche, and Abarth. These small and agile sports cars were very popular during the 1950's and 1960's due to their lightweight construction, finely tuned suspension, and capable engines. Groups three and seven shared similar designs but different engine capacities and regulations. The Formula Ford, Formula Vee, and Formula Junior series were created to provide an inexpensive entrance into the world of racing. The focus was on driver ability rather than automobile potential. In these series, the best driver wins. The strict rules that regulated almost every aspect of the vehicles virtually guaranteed a level playing field.

Group 1
For Group One, there were thirty-two starters and 21 finishers. Les Roub carefully negotiated his 1957 Porsche Coupe 19 laps and into first place. Hervey Parke's 1958 Elva courier MKI was second followed by the 1959 Turner MKI driven by Paul Bova. The fastest lap went to fifth place finisher John Master in his Turner MKI with a lap time of 1.13.074. The average speed for the entire group 70 mph.

In the top ten there were three Porsches, two MG's, three Turner's, and two Elva's.

Group 3
This was a very competitive race with some of the fastest times of the day. In Group Four, the fastest lap was a 1:07.3 set by a Chevy Camaro and a Ford Cobra 427. Group Three's fastest lap time was 1:04.8 set by Bob Bruce in his Crossle 40 FF. Bruce completed 20 laps and finished in first place. He was followed by Frank Newton in his Titan MK 6C and Scott Fairchild in his PBS MK IV. Of the nineteen starters, fourteen finished.

Jonathan Hirst finished in fourteenth place with his Ferret Mark 4 but had a lap time that was about a second off of the race leaders. This is a true testament to the Formula Ford racing series and the fact that every entrant was a contender for first place finish. The leagued focused heavily on strategy and driver ability. The cars were built to similar specifications and governed by strict regulations.

Group 4
The deep, throaty rumble of the big-bore monsters signaled the start of Group Four. The cars easily traversed the 1.53 mile track at speeds averaging 80 mph.

After 30 miles of racing, it was an energetic and overjoyed Sam Viviano in his 1969 Chevrolet Camaro in first place. At the awards ceremony, he graciously thanked all who were involved in the PVGP historic races at BeaveRun and was looking forward to next yea'rs event. Robert Andersson finished in second with his 1965 Ford Cobra 427. Frank Grimaldi and his 1968 Chevy Camaro Z28 finished in third. Sharing the spotlight with the top ten were some unexpected nameplates. A Datsun PL510, Volvo 122, and a Ford Pinto were able to rub shoulders with the best of the pack.

Of the thirty five starters, there were twenty-three finishers with nine cars completing twenty laps.

Group 7
Group Seven had twenty five starters and twenty-two finishers. After sixteen laps it was a Lotus 22 Formula Junior car driven by Gary Harrison in first place. Second place finisher and recipient of one of the fastest lap times was Doug Elcomb. The fastest laptime went to tenth place finisher Eric Coppock in his 1967 Lynx Type A. The majority of this class was comprised of Formula Vee cars that included marques such as Lynx, ShadowFax, Zeitler, Zink, and Elva to name a few.

The North Track's 1.6 mile length is ideal for high performance driving. Elevation changes, rolling terrain, long straight sections and high-speed turns are a few of the challenges that a driver experiences. The Vehicle Dynamics area is suitable for autocrossing and advanced driver education and techniques. The Wilson Circuit is designed for kart racing, though large and wide enough to accommodate motorcycles and automobiles.
Weekdays are typically filled with driver education, corporate programs, and police training events. The weekends feature high performance driving and racing events.
BeaveRun MotorSports is located in Big Beaver Borough, Pennsylvania, near Koppel and a few miles west of Ellwood City. Downtown Pittsburgh, PA is 40 minutes away and traveling to-and-from Cleveland, Ohio takes about one hour.

About the PVGP
Since 1983, the PVGP has raised $1.9 million for developmentally disabled individuals at the Autism Society of Pittsburgh and Allegheny Valley School. The event has grown from a one-day vintage race to a week-long festival of races, car shows and motorsport activities. The PVGP has become the country's largest vintage race event and the only one staged on city streets.

Conclusion
This race could be a once in a lifetime opportunity for many spectators. A wide range of exotic, vintage vehicles in one place does not happen that often, not to mention racing for the checkered flag. Many vehicles such as the Cobra, Porsche, Jaguar, and Lotus made their appearance this weekend.

Also included in admission, the BeaveRun facility hosted the SCCA Solo II Autocross. If you were interested in catching more than just vintage racing, the Autocross gave you that opportunity. Since the Solo II was stationed aside from the main track, we were able to get a close view of the racecars and watch the progress that each car made throughout the day.

We're excited with the arrival of PVGP each year and we look forward to the multiple days of automotive racing. We of course photographed many vehicles; please check out our other event coverage such as the Shadyside Auto Showing and Sunday's big race through Schenley Park. 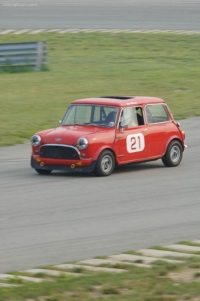 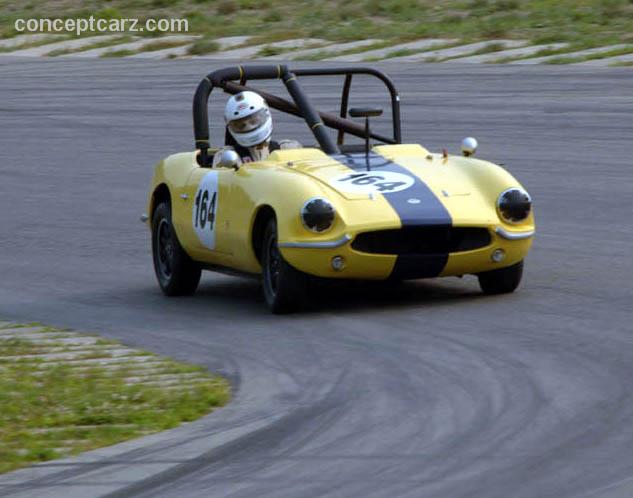