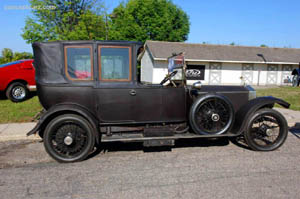 August 2006
On an early Saturday morning, RM Auction workers were preparing for a long day of auctioning; an auction that began mid-morning and went well into the evening. Their preparation included the arrangement of the cars behind the auction tent in the order of which they were to be auctioned. Most were driven but some were pushed into position. The cars that could be started often put up a fight, not wanting to be disturbed from their slumber. Dew was still on the grass and the sun was still making its ascent into position that would scare away the darkness. Since many of the cars were pre-WWII era and it was early in the morning, this rude awakening is understandable. When started, the cars often trumpeted their return to operation by a cloud of smoke from their exhaust and the gentle rumbling of their well-kept engine.

The auction began with the sale of memorabilia with items selling for hundreds to thousands of dollars. There were a few items that sparked heated bidding but most items found a home with the original bidder.

When the cars started rolling on stage, the seats quickly filled. What had first been a sea of empty chairs were quickly filled by a crowd that appeared from out of no where. Waitress walked the isles taking drink orders in hopes of keeping the potential buyers cool on a very hot day. Located in the first few rows were the 'who's-who' in the automotive industry and the collector car segment. Even though the Rolls-Royce's, Dueseneberg's, Pierce Arrows, and Packard's were some of the highlights, the real winners were the 'small fish.' Many lower priced vehicles sold well below the estimated value due to a lack of interest from the other buyers who were mainly looking for the next concours winner.

The auctioneer was entertaining with a voice that commanded attention. Assisting him was a knowledgeable automotive historian who often gave a brief history of the car and a description of its running condition. This dynamic duo kept the crowd interested for the entire time, which was hours long and included many automobiles.

For the most part, the biding was captivating. At times though, it was mundane. For example, many times a high bid would be achieved and there would be no contests from any other bidder. The auctioneer would give fair warning, 'going once, going twice', only to be interrupted by a new high-bid, often only slightly higher than the previous bid. A few minutes later, after no contest from any other bidder, the auctioneer would signal the sale was about to become final, and another interruption would occur. At first it was fun, but after many consecutive instances on the same vehicle, it lost its muster. The back-and-forth bidding is the best part of any auction when the bidder really wants the vehicle and knows their price ceiling. The high bid from another bidder is quickly answered with a new bid that is much higher than the prior. This often quieted the challenger and secured the vehicle. The energy from the bidding quickly spread throughout the crowd and at the conclusion of the sale was often answered with clapping. The new owner wanted the car regardless of the cost and was willing to fight for the vehicle without hesitation.

The vehicles that sold for hundreds of thousands of dollars were the day's main attraction. Bidding often escalated by fifty-thousand dollars. Without the blink of an eye, a new hand was raised and the price increased. In no time at all, the price had shot-up another hundred thousand dollars. Slowing down time and focusing on the vehicle brought up many questions. The vehicles, often pre-WWII, had a top speed of less than a hundred miles per hour. Turning was difficult because of the massive wheelbase and no power steering. No air conditioning, no radio, and no power anything. On a race track any entry level vehicle in modern times would have no problem leaving this hundred-thousand dollar vehicle in its rear-view mirror. Undoubtedly, a comparison based on practicality would leave everyone scratching their heads and wondering 'why?'. Granted, a half-million dollar vehicle that will probably be driven less than five-thousand miles does seem like a bad idea. What these high-class vehicles do offer is exclusivity, style, class, and history. These machines are pieces of priceless art. Their value is not measured in lap times but in its character and unique history. The vehicles are destined to become future concours winners or the center-piece in a museum or collection. They exemplify the very essence of the automotive evolution in terms of style and performance. The new owners will undoubtedly be invited to participate in shows, cruises, vintage rally's and other events reserved for the privileged.

A few of the highlights of the show were the 1914 Rolls Royce Silver Ghost, Duesenberg model J, Stutz Model M Supercharged, and the Mercury Turnpike Cruiser Pace Car. The Mercury was the Pace Car for the 1957 Indy race and was awarded to the winner, Sam Hanks. It was the first pace car to complete two laps, since the parade lap was introduced in 1957. The Rolls-Royce has an extensive history that includes the English royal family. It has coachwork by Barker and is truly a unique vehicle that is believed to be the most original Silver Ghost in existence. The Stutz Model M is one of only two Supercharged Model M examples ever constructed. The coachwork is courtesy of Lancefield of England, thus the vehicle has many 'European' characteristics.

At the RM Auction in Amelia Island earlier this year, I asked Mr. Lobzun, an employee of RM Auction working in their Creative, PR and Sponsorship department, which car he was most excited about. His answer was the Hudson Twin H-Power Sedan due to its proven race history and ability to out-perform larger-engined cars. I posed the same question again at this auction. His answer was the Stutz Model M Supercharged. I immediately thought the reason would be because it would inspire a lot of bidding activity, demand top dollar, and would be the prize in any collection. He looked at me with a big smile on his face and said that he would love to drive it, take it to its limits and see what it was capable of doing. That emotion and dedication to automobiles is what you find at RM Auctions. Cars come first; this is their passion. Their enthusiasm translates well to their business and results in very successful auctions with many cars finding new homes.
Galleries
1900-1925 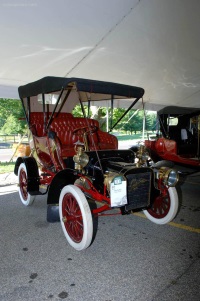 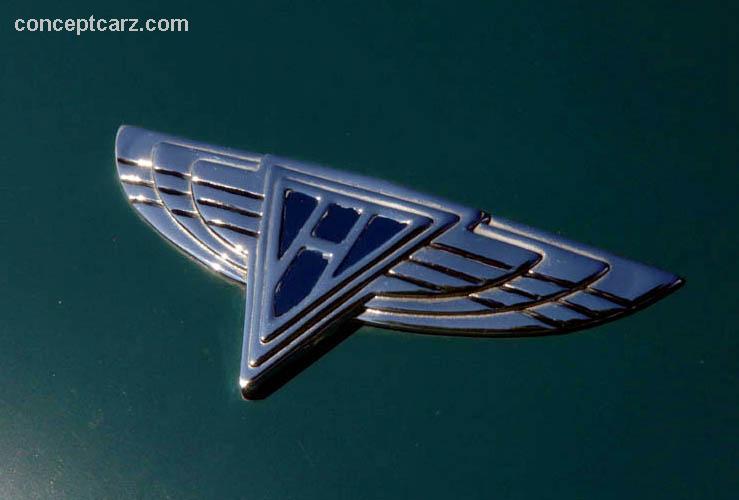