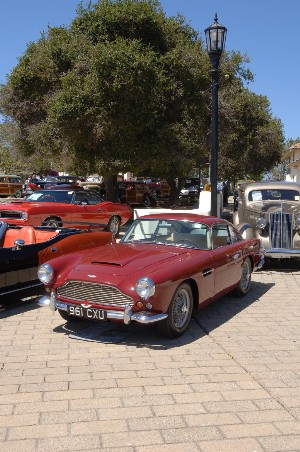 December 2006
The Pebble Beach Weekend is one of the most exciting times for any automotive enthusiasts. Not only is there the most anticipated concours of the year, but multiple activities that lead up to that day such as historic races, five auctions, various other car shows, events, and happenings. One of those auctions was the 21st annual Monterey Sports & Classic Car Auction, which was so large that it was held on two nights. The cars were on display in downtown Monterey at the Fisherman's Warf with the auction held at the adjacent Portola Plaza Hotel and Conference Center. There were four separate catalogs to detail the over two-hundred vehicles on display and up for auction. A new record was set for the event, with combined sales totaling almost $43 million dollars for the two days.

The lobby, overflow rooms, staging area for the cars, and other rooms were filled with speakers and televisions as the auction broadcasted to hundreds of people who were not able to find a seat in the packed auction room. In the back and sides of the auction room people stood shoulder-to-shoulder. Many had come just to watch the event.

The Ferrari 412 S race car was the highlight of the event. This racer was driven by Phil Hill and Richie Ginther and powered by a V12 Type 141 engine capable of producing over 440 horsepower. Among other tasks, it was used by Steve Earl to promote the first Monterey Historic Races. The appeal of the RM Auction event can be summed up in the words of RM's founder, Rob Meyers, when he said 'The 412 S is by far, one of the most valuable automobiles in the world.' This car was expected to break the sales record that RM set in 2002 when they sold a Ferrari 330 TRi/LM for $6.5 million. Following in its wake were seven other vehicles that reached the seven figure mark and over seventy that sold for six figures or more. Only three vehicles were sold for less than ten thousand dollars. From lot number 452 through lot number 481 the bidding was six to seven figures. There were many instances throughout the night when vehicles would sell for the price of most people's homes. The pedigree and historical significance of the vehicles on sale was undeniable, a fact that was proven over and over throughout the event. Just over 22 cars of the 200+ were left unsold.

The highlight on the first night of the auction was the Shelby Cobra 289. This was one of many Shelby Cobra's offered for sale. However, CSX2473 is the most 'winningest' Cobra in history, capturing more than 30 race victories sanctioned by the SCCA. From 1980 through 1983 it won its class at the Monterey Historic Races. On auction day bidding transcended its estimated value selling for $1,237,500 including buyer's premium.

On Saturday, the first vehicle to sell for over a million dollars was the 1929 Bentley Speed Six Dual Cowl Tourer. This was followed by the Maserati MC12 which also broke the one-million dollar mark. A beautiful Ferrari 500 TRC with coachwork by Scaglietti sold for $2,282,500. There were only 17 examples of the 500 TRC ever created with most finished in two tone-paint schemes instead of the traditional Ferrari red. This example was the sixth one built and is one of the few Ferrari's to be powered by a four-cylinder engine. A 1994 McLaren F1 sold for a very impressive $1,705,000. It is street legal in 49 states and its 6.1-liter engine is capable of producing nearly 630 horsepower. It seems a shame that it had been driven less than 3300 miles since new.

Only five Aston Martin DBR1 racers were ever produced, with the fourth being a rebuild of the first prototype. These are among the most exclusive and desired vehicles from its era. In an effort to allow others the opportunity to enjoy these spectacular creations, a group of skilled craftsman has built replicas of the DBR1. Though they are built to nearly exact specification, they are not original and their price tag is far less than what an original might fetch. A replica was offered for sale at the RM Auction in Monterey where it had been expected to sell for $250,000 at most. Interest in the vehicle exceeded this estimation and the vehicle was sold for $275,000. Though it is a replica, it is still a brilliant recreation and one that can be enjoyed and admired for its beauty and mechanical prowess.

The highlight of the night was driven onto stage with its rumbling engine announcing its entrance. Bidding quickly reached the million dollar mark for the Ferrari 412S and continued to escalate. As time progressed, the number of bidders dwindled down to just two. One of the bidders was not present but making his bids via phone. This vehicle was estimated to break the 6.5 million dollar mark but at this point had slowed to around four-million dollars. The audience was in suspense; all were watching the value creep along at six figures. The auctioneer cajoled the bidders and audience that an opportunity was slowly slipping away and a vehicle of this significance should not be passed up. The two bidders pulled the value to a final selling price of $5,610,000 after fees. This was less than the expected seven million dollar mark but still an impressive sale.

The 21st annual Monterey Sports & Classic Car Auction was an opportunity to view and purchase some of the world's finest motor cars. It is an event that features sports cars, custom cars, muscle cars, brass era cars, concours winners, one-off creations, and more.

RM Auctions contributions to the automotive world are profound and much appreciated. Not only are their auctions among the finest in the industry but their RM Auto Restoration service fielded five examples to this years Pebble Beach Concours. The 1931 Daimler Double Six Roadster with one-off coachwork by Corsica was honored 'Best of Show' at this prestigious event. Their resume includes many 'Best in Class' and 'Best in Show' at the Pebble Beach Concours.

Buying, selling, or just spectating, the RM Auction is one that should not be missed.
Galleries
1910-1940 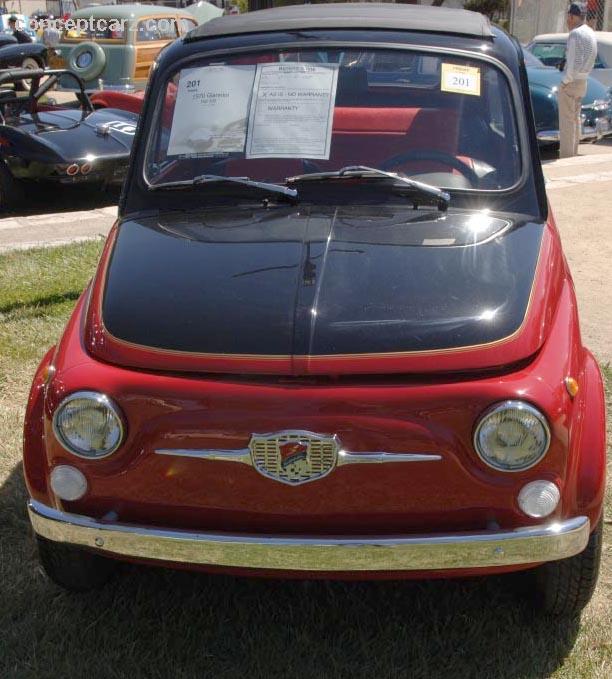