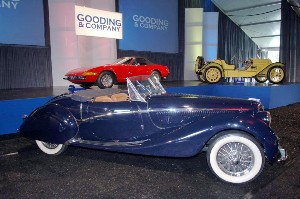 September 2006
The 2006 Gooding & Company Pebble Beach Auction was the third consecutive year for the Santa Monica, California based firm to perform the auctioneering duties for the renowned Pebble Beach Concours d'Elegance. 'The sales were sensational; we had a number of different bidders from our world-wide clientele,' said David Gooding, Gooding & Company founder and CEO. 'The showroom was packed with more than 2,000 in attendance. And we managed to raise more than a million dollars for charity.'

The auction was held on the evening of the Pebble Beach Concours and was situated within walking distance from the concours. Many of the vehicles on the auction block had been previously shown at concourses, recently restored to concours condition, or even been a participant in the past Pebble Beach Concours.

It was difficult to fathom the outcome of this scenario: the Gooding & Company Auction was at the tail end of a very busy weekend that included no less than 6 separate auctions that must have accounted for over a thousand rare and hard-to-find vehicles. The Concours weekend also included many car shows, concourses, racing events, and a slew of other activities. Would the buyers be tired and worn out from such the busy schedule, or would the Pebble Beach Concours d'Elegance be a motivator and help pry open the wallets and ignite the imagination? The answer was soon very obvious as the first ten vehicles to cross the auction block were sold, with most of them selling well above the estimated value. In total, there were nearly eighty vehicles offered for sale with sixty-two of them finding a new owner.

There were 18 vehicles that sold above the estimated value. The 1951 Fiat Topolino was expected to fetch about $8k-$12k. Bidding made a mockery of that estimation and went all the way to $22,000 nearly doubling the expected high value. Most of the time, the estimated value was close, if not exact. What is difficult is to properly gauge is the true value of a vehicle and what it means to the buyer and to the seller. Many of these vehicles have been treated to a very extensive restoration which is not an easy process and demands a very high monetary commitment from the owner. Many of the vehicles have not been offered for sale for many years, so determining what the vehicle is worth is often very difficult. Another vehicle that did rather well was the Stutz Bearcat which sold for $715,000. Its estimated value on the high end was $500,000.

The lot was pretty well diversified with about 37 of the vehicles being from the pre-WWII era and about 34 in the post era. The oldest car of the day was a 1902 Autocar Type 8 while the youngest being a 1972 Ferrari 365 GTS/4 Dayonta Spyder. Marque names from the pre-WWII era included Autocar, Mercedes, Searchmont, Peugeot, Ford, Marmon, Simplex, Locomoble, Stutz, Rolls-Royce, Packard, Duesenberg, Auburn, Chrysler, Bentley, Bugatti, and Georges Irat. Many of the pre-WWII cars up for auction were large, stately, custom-built, luxury vehicles.

In the post-War era category of the auction, there were only a very few muscle cars. About two-thirds of the cars in this group were European or designed by European coachbuilders. Included in this group was a 1955 Lincoln Indianapolis Exclusive Study designed by Gian Paolo Boano and built for the 1955 Turin Motor Show. It was a one-off design and used as a show car for a short period of time before returning to the United States and consigned to Henry Ford II. It is believed that he later gave it to Errol Flynn. It is a very unique vehicle with a futuristic design and colors that match. It is an excellent example of European coachwork with American engineering. This very rare, exquisite, and former Pebble Beach entrant was sold at auction for $1.375 million.

The cars with racing pedigrees did rather well as they crossed the auction block. Examples of this group include the Bugatti Type 35C, Maserati 6CM Monoposto Voiturette, and Shelby Mustang GT 350 R. The Bugatti is believed to be one of three factory entries in the 1927 San Sebastian Grand Prix and possibly the event winner. The Maserati was driven by Giovanni Rocco in the 1937 Targa Florio. The Shelby Mustang's racing career includes a B-Production Championship where it even beat the factory prototype car. It was later raced at Sebring and the Daytona 24 Hours. The combined sales of these three vehicles accounted for $4.059 million.

Lot number 47 was actually two cars which sold as one lot and for one price. The winning bidder received both of these vehicles, a 1931 Chrysler CG Custom Imperial Dual Cowl Phaeton and a 1931 Chrysler Imperial Sedan with coachwork by LeBaron. These very rare and elegant automobiles, with the DC Phaeton being one of just eleven having survived to modern times, sold for $627,000.

The 1934 Duesenberg Model J Riviera Phaeton and the 1938 Bugatti Type 57 Atalante Coupe were both donated by J. Peter Ministrelli with all of the proceeds from the sale going to the Ministrelli Women's Heart Center at Beaumont Hospital in Royal Oak, Mich. The cars were offered without reserve; combined sales equaled $1.892 million. They were the rare few that were expected to fetch six-figures and offered without reserve. A 2006 Fisker Tramonto, was sold to benefit the Pebble Beach Company Foundation, with proceeds over and above the reserve donated to the charity.

This must have been a very difficult auction - being associated, either directly or indirectly, with the Pebble Beach Concours. This is the most exclusive and prestigious concours in the United States, and arguably in the world. This is where the most talented and dedicated car collectors assemble to show-off the finest vehicles in existence. To cater to this group of very knowledgeable, educated, and experienced bidders must posses its own unique challenges. Also, the concours must live up to the prestige and ambiance of the Pebble Beach Concours. Albert Schweitzer once said, 'Success is not the key to happiness. Happiness is the key to success. If you love what you are doing, you will be successful.' In our opinion, the Gooding & Company Auctioneers are very happy people. This was a well publicized event positioned in an excellent location which attracted both the right types of sellers and buyers.
Galleries
1900-1920 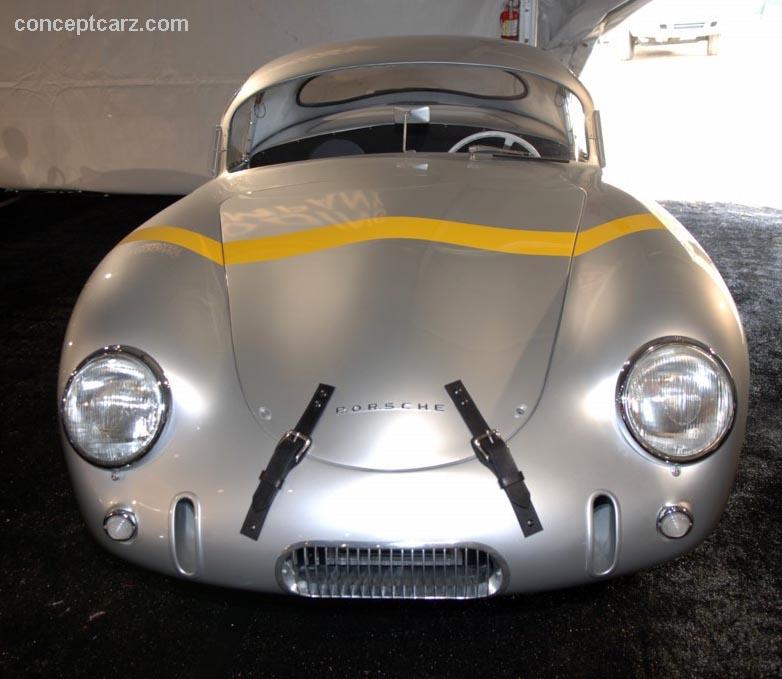 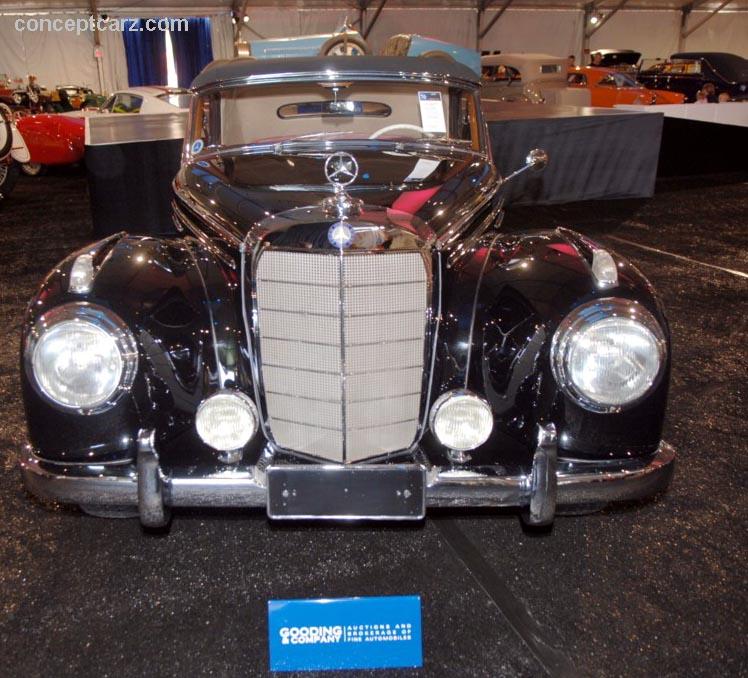