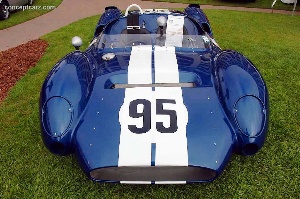 March 2007
Nearly all of the vehicles that crossed the auction block at this year's Vintage Motor Cars at Amelia Island auction, were sold. Just over 100 vehicles were up for sale and ninety found new ownership totaling an 89% sales rate. The first seventeen vehicles to roll onto the stage found new ownership, making it an exciting start to the event. The Vintage Motor Cars at Amelia Island auction brought in over $20.4 million in sales, with three vehicles being sold for over a million dollars. There were seventy-four vehicles that sold in the six-figure range with the average sale of the day being $217,488.

The Amelia Island Concours d'Elegance has been in existence for 12 years, and RM Auctions has been acting as the official auctioneers of the concours for nine of those years. There are auction preview days, held prior to the auction, which allow for the viewing and inspection of the vehicles. The cars are carefully arranged adjacent to the Ritz-Carlton Hotel on a cozy pod of turf overlooking the ocean. This very tranquil setting is fitting for the elite group of cars as they prepare to cross the auction block. The auction and concours complement each other brilliantly, and has become a popular destination for many auto enthusiasts and a premier activity on the auto show calendar.

The collection of cars was vast, ranging from one-off customs, to the elegant, vintage, and sports cars. The Amelia Island Concours d'Elegance has a strong presence with sports and competition cars, and the auction seemed to follow suite. There was a good collection of historically impressive automobiles that have done extraordinarily well in competition, such as the Porsche 935 Group 5 Racer which is the only car to ever win both the Sebring 12 Hours and the Daytona 24 Hours. Another Porsche 935 was offered for sale, a 935/78 Moby Dick, a name that was given due to its elongated nose and tail which helped it on the long straight stretches of high speed tracks, such as the LeMans 24 Hour race. This car was sold for $440,000.The actual 1977 SCCA Championship Group 44 Car driven by Bob Tullius to many podium finishes, was brought onto stage by Mr. Tullius. The car was offered without reserve; bidding reached $225,000 and this racing championship automobile was sold.

Carroll Shelby's Mustang Cobras were doing well in SCCA Competition in 1963, but more was needed to compete with the USAC-sanctioned 'Fall Series', which would later evolve into the Canadian American Challenge Series (CAN-AM). Shelby turned to John Cooper for a competitive vehicle that could accept a 289 Ford V8 engine. The answer was the Cooper Monaco; Shelby purchased two which became known as the 'King Cobra' sports-racers. At auction, the second car, which was driven by Bob Holbert in the 1963 Fall Season and the 1964 USRRC, was offered for sale. The car has been driven by many American drivers in competition, such as Miles, Leslie, Pabst, Scott and Bucknum. Those in attendance at the auction realized this vehicle's accomplishments, history, beauty, and uniqueness and drove the highest bid above the estimated selling value to an impressive $935,000.

The vehicle that brought in the highest sale of the day was the 1932 Packard Twin Six Sport Phaeton, which is one of only two surviving examples. It had been treated to a recent restoration, courtesy of RM Auto Restorations, Inc, and sold for $1,650,000. The next high sale was the 1932 Duesenberg Model J Dual Cowl Phaeton, which demanded a $1,490,000 selling price. The final vehicle to top the one-million dollar mark was the 1939 Delahaye 35MS Grand Sport Roadster, which sold for $1,347,000.

It was once said that 'Beauty is in the eye of the beholder.' Of all the elegant and wonderful cars on display, Mr. Lobzun selected the worst as his favorite. Mr. Lobzun works for RM Auctions in their Creative, PR, Sponsorship, and Media department. The easy and obvious answer to 'what car was he most excited about' would have been the Packards, Duesenbergs, Bentleys, Delahaye or even the Isotta. These cars, among many others at the auction, have been restored to concours winning condition. Their histories are known and their presence undeniable. They have served as transportation for the elite in society and have been the highlights of many prominent collections. The racing cars that were on display were also the elite in their class, winning on some of the toughest stages and against the fiercest competition. Mr. Lobzun selected the only car that looked its age. It was very rusty, dented, scared, and looked out of place with the other vehicles. There was fire in his eyes and a smile on his face as he stated that the car has a brilliant history with the scars that tell a thousand stories. It is instantly obvious that RM Auctions cares as much for their clients and their business, as they do for the cars that they sell.

The Experience
Enjoying the cars is easy. The viewing days provide ample time to wander around the vehicles, inspect the condition, research its history, and in many cases, speak with the owner. The warm Florida sun matched with the fresh breeze from the ocean gives another reason to wander the grounds for as long as possible. Many of the cars were positioned to take advantage of the Ritz-Carlton's beautiful landscape and the surrounding scenery.

The auction was held only a few feet away from the viewing area. There was a large tent which accommodated a large seating area. A second area was set up to handle overflow. This area had a large screen which displayed a live-feed of the auction for those who could not find seating in the main area, or for those who just felt like spreading out.

The first items to be sold were the memorabilia, followed by the vehicles. Each car was brought up in turn, with nearly all being driven under their own power. Often, a short history of the vehicle would be told, and then bidding would commence. More than half of the vehicles were offered without a reserve, which makes the auction's total sales-rate of about 90% even more impressive.

The tent was filled with bidders nearly the entire time, which lasted over five hours. As the final vehicles were being rolled onto the stage, there was still a large crowd, which proves that this is an exciting and entertaining event as well as a great way to buy or sell a vehicle.

Conclusion
'This sale had it all – from vintage race cars and one-off custom exotics to elegant and elusive examples that may not surface again at an auction during our lifetime,' says RM Auctions founder Rob Myers. 'We saw more international interest than ever, as serious collectors from around the globe proved they were not willing to miss out on an opportunity to own the best, and pre-sale estimates on historically significant cars like the Shelby King Cobra were shattered.'

RM Auctions did a brilliant job at assembling an elite group of cars for the auction; a group that complimented one of North America's greatest concours, the Amelia Island Concours d'Elegance. A few of the cars up for sale were driven off the auction block and onto the concours field, as they had already secured an invitation to the event.

'Life is not measured by the number of breaths we take, but by the moments that take our breath away.' This was truly a breathtaking experience.
Galleries
1909-1931 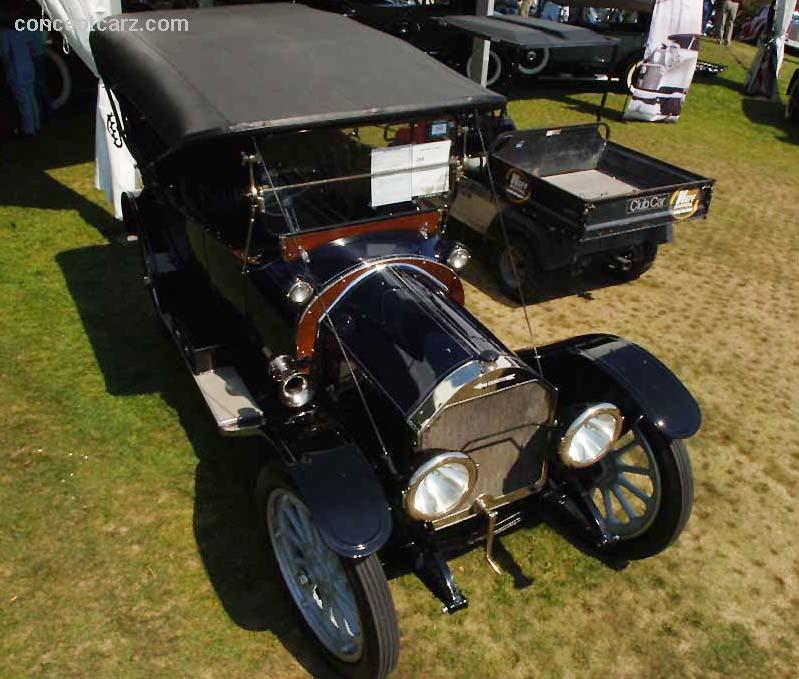 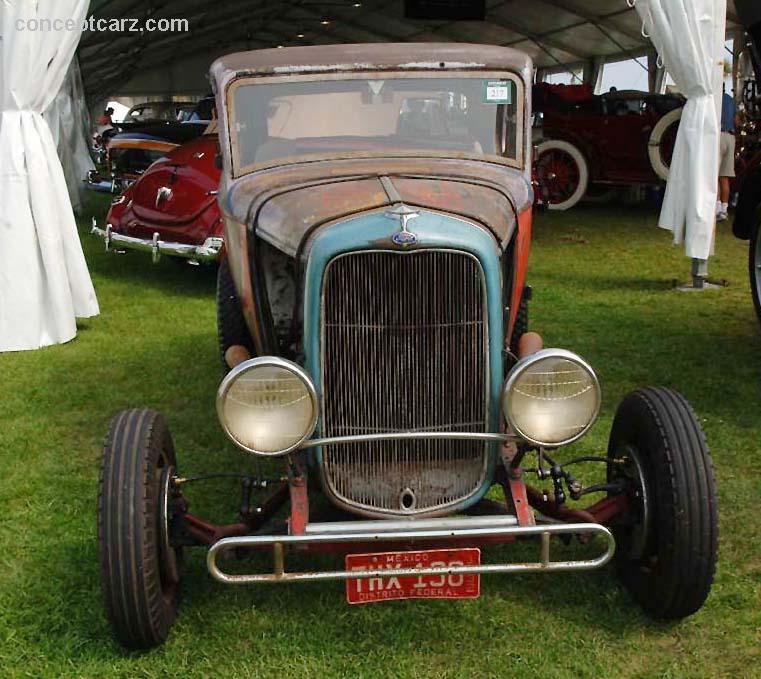 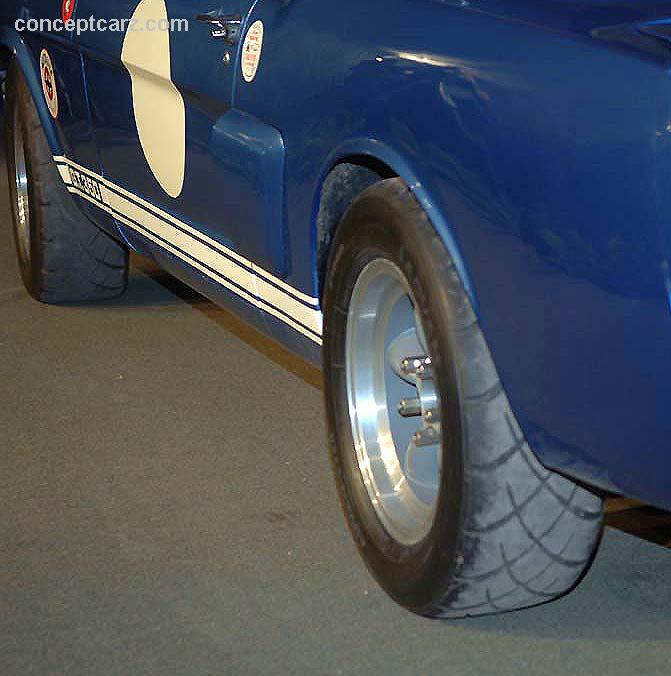 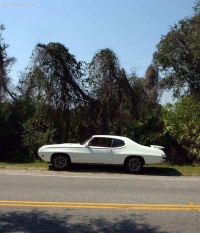