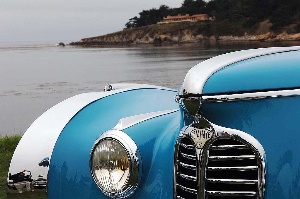 December 2006
The Pebble Beach Concours d'Elegance is considered the premier concours in North America, and arguably, the world. It is the signature event for the collector car hobbyist and takes place during a very busy week, filled with over fifty related automotive events which include the Monterey Historic Automobile Races and numerous classic car auctions and shows. With so many automotive enthusiasts congregated in one location, many major manufacturers and luxury bands take the opportunity to unveil new models or display their current line-up. This year, Rolls-Royce, Tesla, Spyker, Volkswagen, Jaguar, Saab, Ford, Infiniti, Lexus, Mercedes-Benz and Pininfarina promoted their newest offerings.

The 175 carefully selected show cars are displayed on the 18th fairway of the Pebble Beach Golf Links in Pebble Beach, California. The cars are among the most rare and unique in the world, many making their first public appearance in decades. All of the entrants were invited to participate in the Tour d'Elegance, taking place a few days prior to the concours. The route takes the cars on some of the finest and scenic roadways in the area. The tour is optional, but a successful completion of the tour gives the car an edge in case of a tie.

This year, the celebrated marques were Delahaye and Voisin. The concours recognized the Pebble Beach road races of the early 1950s, early mid-engined prototypes and concepts, and Victoria convertibles. Both Delahaye and Voisin were ultra-luxury automobiles produced during the Art Deco era and fitted with the greatest coachwork available. The Delahaye models were mostly clothed by French coachbuilders and given sporty, aerodynamic, and rounded designs with flamboyant features such as tail fins and a generous use of chrome. In contrast, the Voisin cars were mostly designed by French airplane constructor Gabriel Voisin who drew-up angular designs, with low-slung chassis and finished the cars in lightweight aluminum. Time has not been kind to many of the aluminum bodies, and few examples have survived. Thirteen Voisin vehicles were on display, making it the largest showing in many years, possibly since the company went out of production in 1939.

Sharing the coveted real estate, sitting next to the featured marques and overlooking the ocean, were the 'cars that raced in the forest.' During the early 1950s, the Pebble Beach Concours was held in conjunction with the Pebble Beach Road Races, taking place on the roads of the Del Monte Forest. The course was narrow with few safeguards for the automobile, spectators, or drivers. Among the historic winners are names such as Phil Hill, Carroll Shelby, Ken Miles, and Masten Gregory. In 1957, the racing was moved for safety reasons to the Laguna Seca Raceway.

Other manufacturers given their own judging class were Ferrari, Mercedes-Benz, Rolls-Royce, and Duesenberg. In the Ferrari group was a Ferrari 125S, which many believe to be the first Ferrari to ever wear the Ferrari badge. A collection of Grand Touring and Competition Ferrari's made up the rest of the group. The Rolls-Royce, Duesenberg and Mercedes-Benz groups were made up of cars constructed in the pre-war era. The Rolls-Royces on display included Silver Ghosts and Phantoms. Mercedes ranged from their very early Simplex models to their 500/540K/770K Series. The large and stately Duesenberg Model J's were some of the finest examples ever produced by the Duesenberg Automobile & Motors Company, Inc.

The cars in the 'Mid-Engined Show Cars, Prototypes, and Concept Cars signified a shift in the exotic car arena as marques experimented with mid-engine design and the technology required making it a success. By placing the engine mid-ship, the cars weight was more evenly distributed throughout the vehicle and the front end can be built much lower to the ground. The results were improvements in performance and handling, and new designs in automotive architecture. Each of the cars on display was produced in very low numbers, in most cases fewer than two or three. Some were designs studies while others were intended for competition. All were experimentations with the benefits of putting the 'cart before the horse.'

Best of Show
Since this may be the premier automotive event in the world, being crowned Best of Show would mean the winner is among the greatest automobiles ever built and still in existence. These are the finest examples of design and engineering to ever grace the roadways. To win this honor, the car must be authentically restored, in running condition, with every part of the car in working condition. The car must possess the highest degree of craftsmanship, fit, finish, and elegance. It has to be the best-of-the-best. In recent years, there has been a growing trend towards 'over-restoration.' Beginning this year, over-restoration could mean the deduction in points.

The story of this year's winner is one of determination and persistence. For the winner, this was his twenty-seventh attempt at winning the overall prize. On many attempts, the allusive goal had nearly come to fruition. The winning car, which had not yet been announced, along with two-other potential candidates were brought together at the base of the ramp where they awaited the official decision. The anticipation was intense; all ears were carefully in-tune to the announcer's voice, anxiously waiting for the decision. And then it happened; history was made. The judges had selected the Daimler Double Six Corsica Roadster as their favorite and the most deserving of the award. The announcement was followed by fireworks and blasts of confetti. Bob Lee drove his Daimler onto the stage where he accepted the award that had evaded his cross-hairs for so many years.

The car has a fantastic history and is truly one of the more unique and exotic creations ever constructed. It has a low-slung rear end and sits atop of 23-inch wheels. The front fenders are nearly taller than the body of the car! There are two doors, seating for four, right-hand drive, and a drop top. The double-six engine sits in an engine bay that is ten-feet from bumper to windscreen. The Daimler had recently been restored by RM Restorations, and was making its debut at the concours.

Conclusion
During the brief history of the automobile, artisans have crafted some of the finest man-made beauties to ever roam the earth. Every year, the Pebble Beach Concours d'Elegance showcases an exclusive group of paragons that are unmatched and unequaled, and among the greatest examples of their kind in the world. This is an event for the purest of collector and automotive enthusiast, with many of the cars worth millions. Even the no-expense spared restorations would be more than most could ever afford. For this, we are thankful that there are dedicated individuals who work hard to preserve history and share it with the rest of the world.

Many make the annual journey to the concours, and with nearly 200 vehicles on display, it quickly makes it difficult to enjoy the vehicle in intimate detail. Over 600 media credentials were handed out this year, making this a well documented and crowded event. The award ceremony helps in this area, as flocks of people gather to watch the winners roll onto stage. Plenty of opportunities present themselves to admire the vehicle with unobstructed views, as the vehicle makes the journey from the golf course lawn to the stage,

For some of the cars on display, this will be their only public outing for many years to come, possibly, an once-in-a-lifetime experience to enjoy the car. It is impressive that the Pebble Beach Concours continues to find the most elegant and deserving to grace the lawn and vie for top honors.

For some, next years concours began many years ago with the searching, restoring, and perfecting their potential concours winner. For others, it is a grueling wait to see what period and piece of history will be showcased next.
Galleries
Antique Through 1915 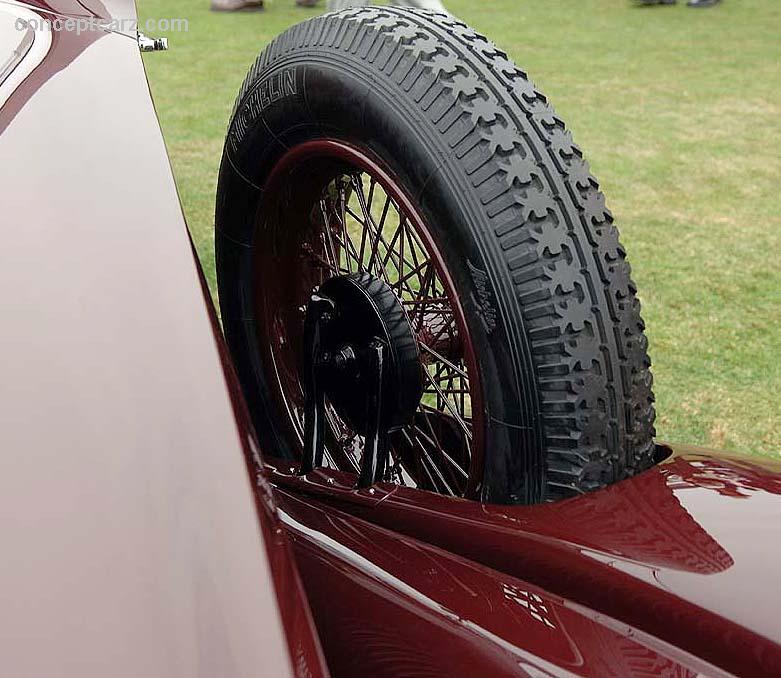 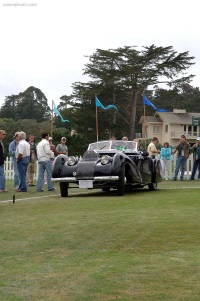 Cars that Raced in the Forest (Pebble Beach Road Races) 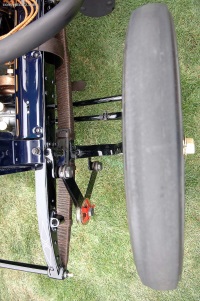