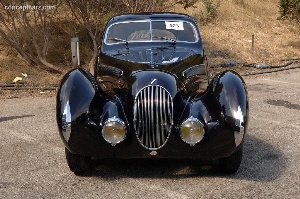 October 2006
The Bonhams & Butterfields Auction was held just a short walking distance away from 'The Quail, a Motorsports Gathering.' The two complimented each other rather well, as the auction had gathered a collection of cars that were well suited for either Motorsports or Concourse displays. Another facet of the auction was the fine collection of jewelry and memorabilia that provided 'fun for the whole family.'

The first car on the block was a Cistalia 202 SMM Recreation that was basically just a sculpture, as the drive-train was not in functional condition. It was estimated to fetch at most, six-thousand dollars. Bidding quickly made a mockery of that estimate, and the high bid soon reached over $26,000. This was a great start to the auction and a sign of things to come. The auction would sell over 90% of the vehicles that had come for sale, totaling over $13 million. At least three vehicles were sold for over seven figures and nearly 40 in the six-figure range. The average sale for each vehicle was around $214,500. This was very impressive, considering that of the sixty vehicles up for auction, only eight were labeled 'without reserve.'

There were, what could be classified as, four categories of cars at this auction. The first were the racing cars of the prototype and CanAm series. These were purpose-built racing machines, with high horsepower outputs (some over 1000), and a racing pedigree that includes outright winning seasons, to famous drivers, and to track records. The next were the late French vehicles of the 1930s that featured aesthetics, style and beauty in a high-octane performance package. The third groupings of cars were the 'specials', Indy and Midget racers. The final category could be classified as 'everything else', which ranged from fire trucks, European luxury and sports cars, to American cars of all eras.

A 2007 Ford Shelby Cobra GT500 Convertible signed by the legendary Carroll Shelby and William Clay Ford, Jr., was offered for sale, with proceeds benefiting The Henry Ford, one of the country's great museums of the American experience. This was one of the few cars of the day to be offered without reserve, with a estimated value of around $50,000. Once again, bidding exceeded that estimate, and settled at $74,880.

One of the highlights and top sellers of the day was the Jaguar D-Type which demanded a high bid of over two-million dollars. These cars are very rare and have a racing history that includes winning the LeMans race on two occasions, along with numerous other races. The example up for auction was a privateer car raced at the Sebring 12-Hour Classic, SCCA South-Eastern Regional competition, and later club racing in England. It was in the Paul Vestey private collection for a number of years before being acquired by Peter Kaus in Germany who inducted the car into the Rosso Bianco Collection.

The Bonhams & Butterfields Auction at the Quail was an opportunity to purchase vehicles that have not been on sale for a very long time. The Rosso Bianco Collection has been collecting cars for a number of years, with many of their acquisitions being show at the Aschaffenburg faculties in Germany. Many of the racing cars in the collection were purchased directly from the manufacturer after its racing season concluded. To add to the dramatization and to put it in other words, the engines and tires would be just cooling down, the driver jumping out of the cockpit, as they were being placed on display in the museum. The sports cars and prototypes in this category included CanAm McLarens, Porsches, Lolas and even AVS Shadows.

The road going cars were an excellent representation of the stylish French exotica from such elegant marques as Delahaye and Talbo-Lago, with designs of stylist and coach-builder Figoni & Falaschi. The competition-bred chassis were clothed in some of the finest designs the world has ever known, and by some of the world's most elegant of coachbuilders. The tear-drop body designs were heavily influenced by the aviation industry, aerodynamic principles, and defiance to wind. The results were sensational, wild, and exotic. These vehicles are always welcomed entrants at concours, often leaving with top honors, class victories, and the admiration of the public.

Another astonishing detail about the collection was that each vehicle was either in very original condition or had been well restored. Since these vehicles were basically static displays, they were well preserved in this time-capsule. The facility's in-house workshop was able to provide additional care and service on the premises. Buyers were cautioned that many of the cars had not been operated in a while, and may require a mechanical massage before operation.

The 'Racing Specials', 'Indy Cars', and 'Midget Racers' were a mild mix of racing designs created during the early years of automobile racing. Most were pre-WWII era vintage. Included in this category were cars that raced at Indianapolis in the 'Junk Formula'. Organizers of The Brickyard race had created this class to make the event more competitive, and allow home-grown racers to build and compete at the track. This increased competition and participation, and was done during a very difficult point in history, The Great Depression. Many of the cars offered for sale in this category were from The Edward and Gloria Trager Collection, which meant that the cars that rolled onto the auction block were often followed by a car of similar breed, genre, or design.

Conclusion
The Bonhams & Butterfields sale at Quail Lodge during the Monterey concours week continues to be one of the premier auction events in the discerning collector car calendar. The auction consistently gathers some of the world's finest motorcars and automobilia. The luxurious grounds of the Quail Lodge Resort & Golf Club reinforces the ambiance of this auction, as does 'The Quail, A Motorsport Gathering' event held just a short walking distance away.

The bidding was very lively, with many dynamic bidding duels between predominantly private buyers, rather than members of the trade. This reinforces the belief of the continuing momentum for both the American and European enthusiasts markets at nearly every price level.

The sales from the memorabilia did rather well, generating over $485,000. Highlights in this group were many, including four racing trophies won by the great Tazio Nuvolari, the legendary Italian Champion of the 1920s and 1930s. A 1909 Rolls-Royce weather vane was sold for $14,404; the top price achieved for a motorcar mascot was the ‘Cinq Chevaux' glass by Rene Lalique dating from 1925 brought for $11,700.

This was not only a successful sale, but also an opportunity to view vehicles that have been housed in collections for a number of years and even multiple decades. This was a rare, and possibly once-in-a-lifetime, opportunity to view and bid on these automobiles. Many were historically significant, with heritages that are inspiring and revolutionary.
Galleries
1920-1935 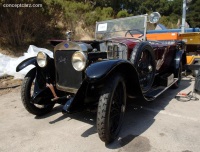 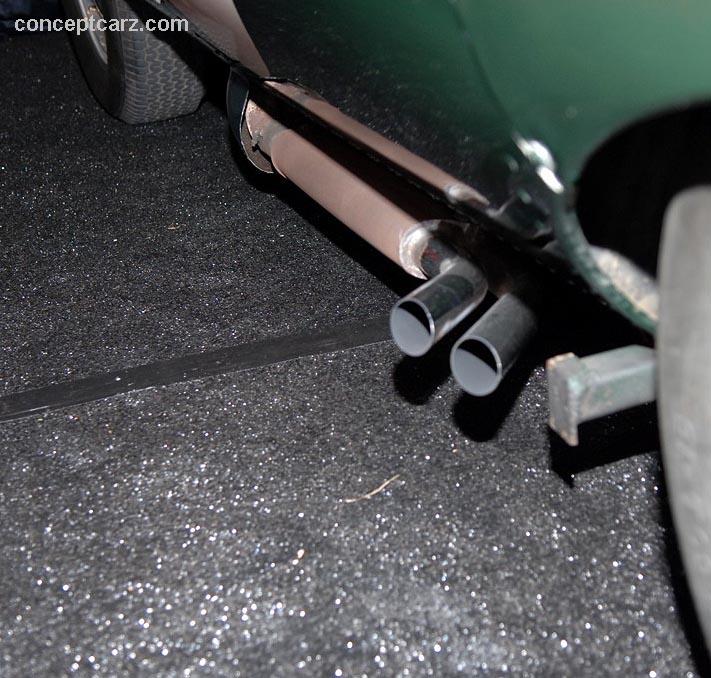