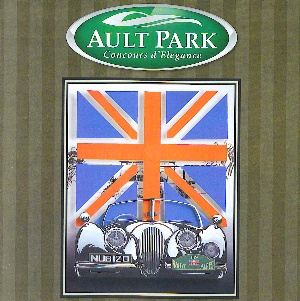 June 2007
The Event
There was a record turnout of over 280 automobiles on display at this year's Ault Park Concours d'Elegance. Nearly four-thousand visitors flocked to this year's event making it the most successful to date. 'We had an amazing event this year and we are extremely proud of all of the volunteers, exhibitors, sponsors and everyone who supported for the Concours d' Elegance,' said Brandy Jacobs, Executive Director of the Cincinnati Concours d' Elegance Foundation which puts on the event. 'The event's success will directly benefit the work of The Arthritis Foundation and further solidify the Ault Park Concours d' Elegance as rivaling other national car shows,' Jacobs added.

The weekend activities kicked-off with The Grand Gala, a welcoming party that featured an exclusive old-world estate, catered dinner and wine auction. Saturday's activities included a Countryside tour beginning at Mariemont Square and traveling throughout Cincinnati. The tour wrapped up at Zakira's Garage, where guests were treated to appetizers, cocktails, silent auction, and a brilliant car display. Sunday was the concours, with activities that included an Automotive Art Show, Patron Brunch, Concours Fashion Show, Trophy presentation, and of course, the concours show itself.

Ault Park is a very tranquil setting for this prestigious event. The public park and recreation area is well renowned for gardens, historic character, nature trails, picnic facilities, and children's play areas. The large, well manicured lawns provided ample room for the many rare and collectible cars on display, and for the crowds who came to enjoy the event. Many of the cars on display were from the Cincinnati area and surrounding region, which is very rich in the automotive history. Neighboring states such as Indiana, Michigan, and Pennsylvania provided a strong foundation for the evolution of the automobile. Probably the oldest car on display was a Pennsylvania 'native,' the 1906 Autocar. This car had roots dating back to 1897 and was founded in Ardmore, PA. The Lexington marque was based in Connersville, Indiana for most of its lifespan. Auburn, Indiana was the birthplace of the Auburn Automobile, a very memorable marque that produced some of the most well remembered automobiles of the 1920s and 1930s. Vehicles produced in various regions of Michigan also had a strong presence. The Ann Arbor Crossover was produced in Ann Arbor, Michigan. Packard produced their automobiles in Detroit Michigan before shifting to the Studebaker-Packard Corporation of South Bend, Indiana. The concours' home state of Ohio was not to be out shown, with the Stoddard-Dayton, built in Dayton, Ohio between 1905 and 1913, making its appearance at the event. The region's rich history further reinforces and supports this great event.

The cars at the Ault Park Concours d'Elegance took center stage and were given the primary duties of entertaining the crowds. Some concours rely on many activities and the constant ringing of an announcer's voice over the PA system to keep people interested; the Ault Park Concours takes a different approach by allowing the guests to enjoy the vehicles throughout most of the day, before diverting their attention with the awards ceremony.

The Cars
Every class of vehicle was interesting and appealed to all types of individuals. Some visitors were attracted to the muscle cars of the late 1960's, while others gravitated towards the brass era cars and alternative fuel vehicles. The racing category and future classics were especially alluring, attracting crowds that seemed to linger longer than at some of the other groups. This year's concours paid homage to the Legends of British Motoring, reserving several groups that featured only vehicles from Britain. Triumph, MG, Lotus, Jaguar, Lotus, Aston Martin, and Austin Healeys were a few brands that could found in these categories. The other featured category was the re-creation of the 1956 Autorama, including the 1953 GM Futurliner. The 33 foot long, 8 foot wide Futurliner attracted awed-struck crowds as its massive 12-foot tall stance cast a shadow farther than any other vehicle at the event. Powered by a 302 cubic-inch six-cylinder engine that is feed by two 45-gallon fuel tanks, the Futurliner's top speed is 40 mph.

The British Legends, Pre War Classics category had some very impressive machinery on display, including the trio of Rolls-Royces, a Bentley, a couple of 'SS' Jaguars, a Vauxhall Hurlingham, a 2.5-liter Invicta, a Bristol 400, an unrestored AC, and a High Chassis 2-liter Lagonda. The Alternate Power Vehicles Class included steam powered cars from the brass era, to modern attempts at solving this global problem, such as the GM EV1 and the hybrid Toyota Prius. The Prius on display went over 130 mph making it the first production hybrid car to race across the Bonneville Salt Flats. There was even a propeller powered car which was an early attempt at studying the feasibility of airplane technology in a road going vehicle.

This is the only American concours to feature a dedicated class for Asian vehicles. Found in this group were Datsun/Nissan, Honda, Mazda, Acura, and Toyota. The earliest vehicle was the 1937 Toyota AA. The year 1936 marked the birth of Toyota Motor's first passenger car. It adopted the popular streamline style, possessed an ideally balanced load on the front wheel, and offered a superior ride which placed it above many foreign cars in terms of comfort. It was an advanced automobile in many regards. The Acura NSX on display was one of less than 9000 created between 1991 and 2005. The Toyota 2000GT was also produced in limited numbers, between 1967 and 1970. Three hundred fifty-one regular production cars were manufactured, with most being painted either red or white, and selling for approximately $6,800.

The most appealing class this year was the previous Best of Show Winners, for obvious reasons. Included in this group was a pair of Duesenbergs, an Auburn, Talbot-Lago, and a 1910 Stoddard-Dayton. The 1910 Stoddard-Dayton was the very first Best of Show Winner at the Cincinnati Concours, held in 1977. The Stoddard-Dayton Company had a very brief, eight year history. During that time though, the company fostered a reputation for being a luxury marque, and secured themselves in the history books by supplying the first car to pace the Indianapolis 500 race in 1911.

The Awards
This year the awards ceremony was conducted with the help of legendary race car driver and Brit, Vic Elford, who served as this year's Grand Marshal. Elford handed out the awards to winners in the British categories. A few of Elford's racing highlights include winning the Monte Carlo Rally and a victory in the 24 Hours of Daytona. The selection of Elford as this year's Grand Marshal reinforced the concours' vision of honoring the history-making machinery of the British marques.

The 2007 Best of Show winner was the Chrysler CG Imperial with coachwork by Waterhouse. This is the vehicle's second Best of Show award in only a few months; it was awarded this prestigious Best of Show award at the Hilton Head Concours in November of 2006. The car also made an appearance at the 2006 Pebble Beach Concours d'Elegance. Waterhouse was a well known coachbuilder of the era; they built 300 bodies for various marques, but only 25 are known to still be in existence. Of the 25, only three Chrysler Waterhouse bodied cars existed.

Noteworthy mentions were the two Bladwin-Motion Corvettes that showed up to this year's event. Though both were very deserving only one of them was rewarded with a trip to the awards table. Both cars featured body and interior changes, and an impressive boost in horsepower.

Our personal highlight was the Ferrari 166MM Barchetta, mainly for two reasons. The first reason is it has been out of the public eye for many, many years. The second reason is because of its coachwork body done by Vignale. When compared with its counterparts created by other coachbuilders, Vignale's design appears less clean, but equally intriguing. The rich details such as scoops, vents, and unique hood s, to name a few, offer more detail to study and appreciate. This beautiful car was rewarded with two trips to the Awards table at the Ault Park Concours; one of which was a well-deserved Best in Class title.

The Success
Over the concours' 30 year history, the venue has changed several times and the list of events has continued to mature and evolve. Though much has changed, the vision and passion has remained the same. The first event was held in 1977 on the grounds of Helen Williams' estate. Williams was serving as the Chairman of the Board for the Arthritis Foundation and saw an opportunity to turn the event into a fund raiser. Since that time, the event has turned into one of the Arthritis Foundation's Ohio River Chapter's largest fund-raisers. In 2006, the $1 million mark in total funds raised by the concours was surpassed, a true testament to the dedication of the volunteers and the commitment of the organizers.
Galleries
Antique through 1924 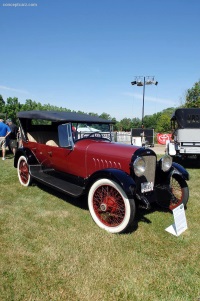 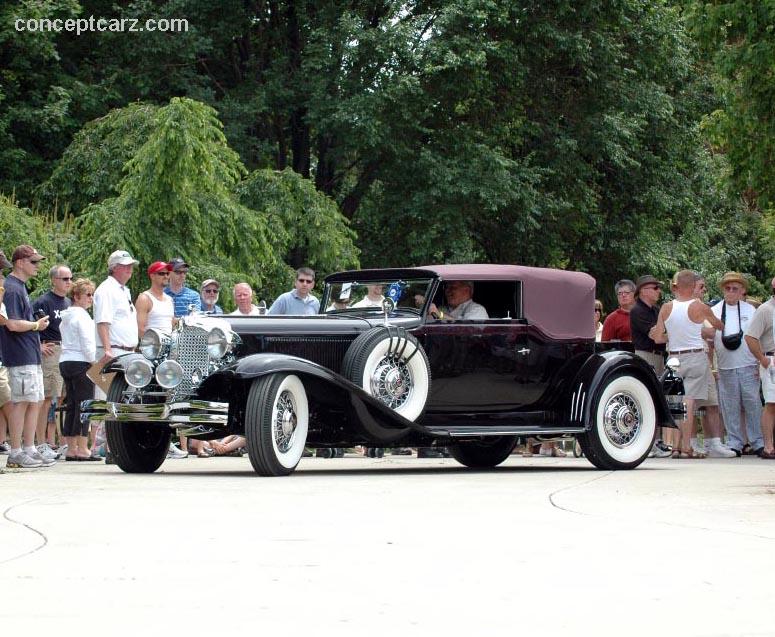 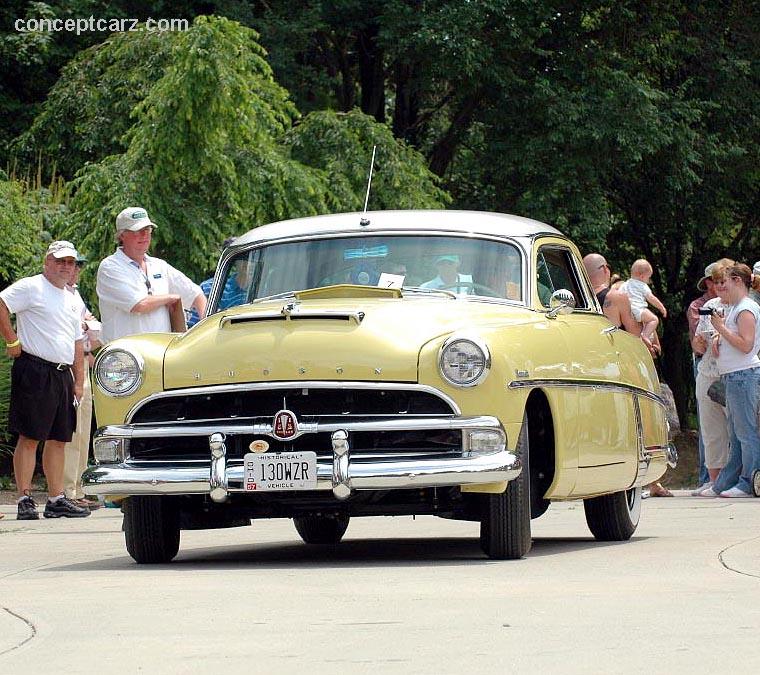 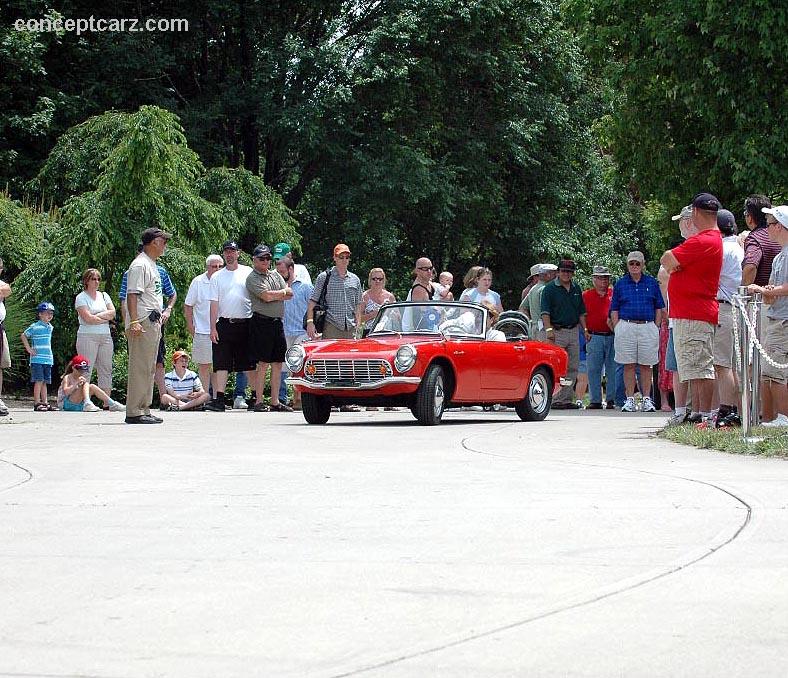 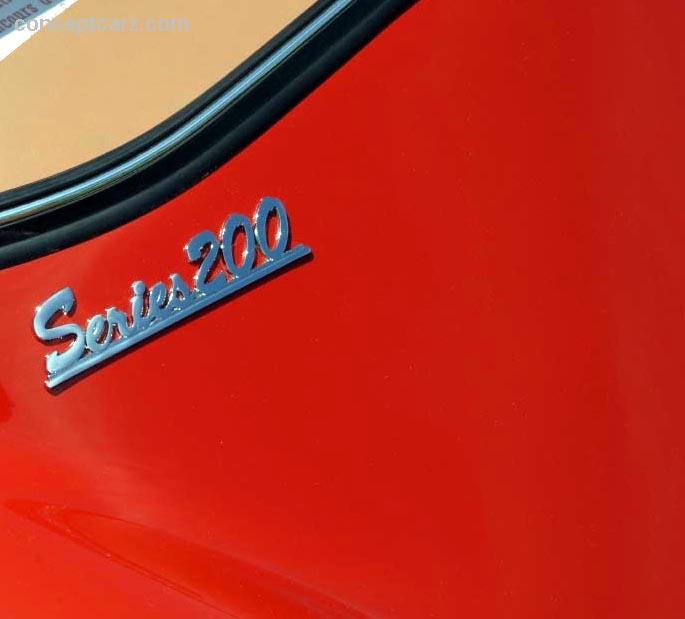 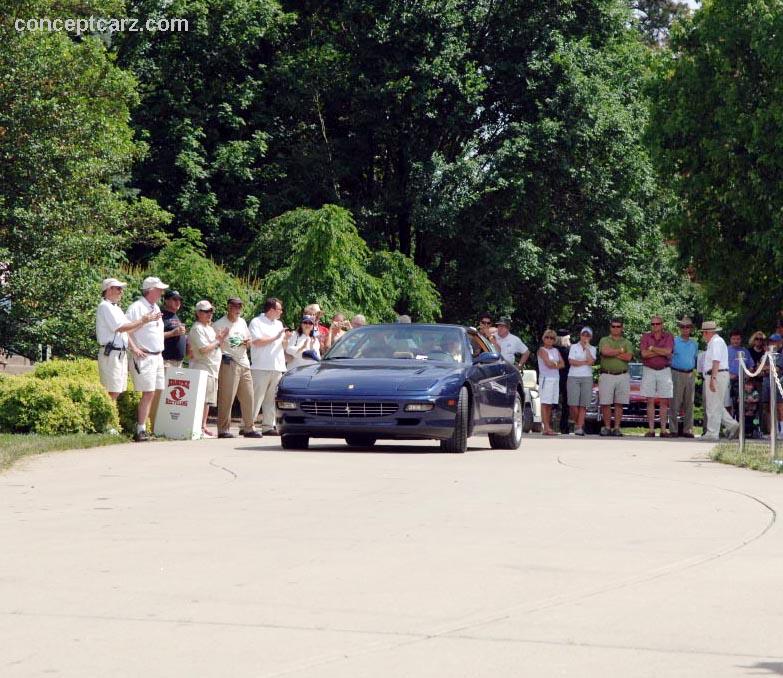 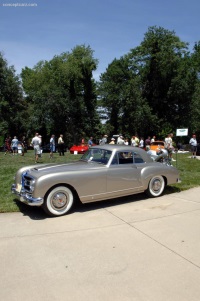