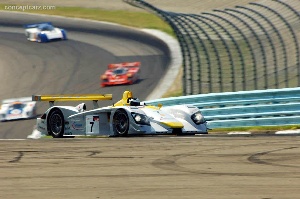 July 2007
Historic Sportscar Racing (HSR) recaptures a simpler era of motorsports racing when the cars were less dependent on technology. The series showcases many prior entrants to spectacular events such as the 12 Hours of Sebring, 24 Hours of Le Mans, and 24 Hours of Daytona. There is educational value for the fans, and wheel-to-wheel competition for the drivers. The cars that race are nearly identical to their original racing configuration. The series leaves little room for modifications from their racing glory, which makes this series especially exciting to relive the past and experience the glory of yesterdays.

This was a popular event for both spectators and drivers, with over 225 cars registering for competition. At least 15 entrants were apart of the Historic Stock Car group, which was a thrill to watch. The powerful V8 engines traversed the 3.4-mile course in rare form. The 'Nextel Cup' siblings also race at 'The Glen', but they travel the 2.45 mile short course. These circle track racers were given a rare opportunity to race the full circuit, and experience all its twist and turns. The Glen is a challenging course, with many sharp turns, fast straight stretches, and rolling hills. The Stock cars are not known for venturing too far from left-hand turns, so to see them driven around the full circuit was a delight.

The first race of Sunday morning began with the Rolex Classic GT/Historic Enduro, which saw 31-cars battling for the checkered flag. The field was made up of a variety of vehicles ranging from the 1950s through the 1970s. The Chevron B8 of John Harold was the quickest in the group. The car seemed to glide gracefully through the corners and accelerate quickly on the straight-stretches. It seemed almost unfair to watch the Chevron slip through the corners while other cars had the dramatic body roll as their suspensions were pushed to their limits. Following in second place was Gregg Frey and his Porsche 914/6. In third place was another Porsche 914/6 GT.

After the Enduro race, the Group 4 and Group 7 B.O.S.S. (Big Open Single Seaters) cars were invited to the track. Group 4 featured Open Wheel competition while Group 7 was the Championship of Makes race. The Open Wheel race included cars from Formula Atlantic, F1, F2, F3000, and F5000 from the late 1960s through the 1990s. This series is designed for large bore formula cars of different eras to compete together within multiple classes. They had the lowest times of the weekend, traveling the course in the mere 1:40s. The top three cars to finish were Champ Cars, led by John Burke and his ex-Fernandez Reynard-Cosworth. The ex-Rahal Lola-Cosworth driven by Bill Hart finished in second followed by Ted Wenz in the former Fed-Ex Reynard-Cosworth.

Larry Ligas drove his 1961 Jaguar XKE to a victory in the Group 5, Classic GT race, and in the Anglo-American Challenge. Watching the XKE beat the American Ground-Pounders was a little sad to witness, as the group of Shelby/Mustangs were bested by European beauty.

The Historic GTP/Group C Series includes IMSA GTP, GTP Lights, Group C and Group C2 cars. This group displayed the fierce competition that raged in the late eighties between Porsche, Jaguar, and Nissan. In order for a car to be eligible to race in this series, it must be raced in the same configuration as it was raced originally. Sequential gearboxes are not permitted, unless it can be demonstrated that the individual car ran with a sequential gearbox when it was first raced. Many other rules keep this series a very competitive, yet historically accurate, group.

There were two final Enduros of the day, the Historic GTP/WSC Rolex 1 Hour Enduro and the Bishop Cup IMSA Series 2 Hour Enduro. Both were run at the same time, with the Historic GTP/WSC group ending an hour earlier. Running an enduro provides a different type of challenge for the drivers, in comparison to the seven lap sprint race being run by many of the other classes of the day. While in the enduro, the faster cars had to negotiate their ways around the slower cars; they had to deal with mechanical difficulties; and they had to struggle for position after making mistakes. Rules required that at least one pit stop was required per hour of racing. The seven lap sprint races have most of the cars tightly bunched throughout the course of the event, while the enduros have to fight a longer time to keep their position. The HSR is the only true historic endurance series in the United States. There are three separate events, the Vintage, Classic GT and Historic. The Historic Enduro features prototype cars traveling at speeds of 200 mph, sharing the track with production based Porsche 911s and 914s, just like at other endurance events such as LeMans.

The 2000 Audi R8 driven by Aaron Hsu looked absolutely brilliant as it circled the track at speed. It finished the Bishop Cup in first place followed closely by the George Robinson / Jack Baldwin team in their 2001 Riley & Scott MK III1. The former Pratt-Miller 1990 Spice GTP car driven by Ron Ciaravella and Shane Lewis finished in third.

Many of the cars that competed in the morning's Rolex Vintage Enduro raced in the Group 2/3, Vintage/Historic Production race, later that afternoon. Track conditions had changed slightly from the morning as the sun's rays baked the track. This race was just a sprint race, consisting of seven fiercely battled laps in very close wheel-to-wheel action. Twenty-four cars fought for the checkered flag, with Josh Vargo proving his 1972 Porsche 911 ST car was faster than the rest of the field. Charles Rayhall finished in second with his Porsche 914-6. John Schneider rounded out the top three, also in a Porsche 914/6 GT.

The final race of the day was the Anglo-American GT Challenge. As stated before, top honors went to the British born Jaguar of Larry Ligas. Peter Baselice finished in second with his 1965 Shelby GT350 and third went to the 1970 Boss 302 Mustang. The Jaguar was fast, and well suited for the many turns on the course. The loud roar of the Mustangs signaled their attempts to overtake the Jaguar, but with the sun slowly fading from the sky and many of the crowds preparing for their trek home, the American cars would have to wait for another day for their glory.
Galleries
Anglo-American GT Challenge Series 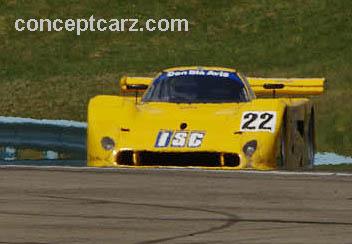 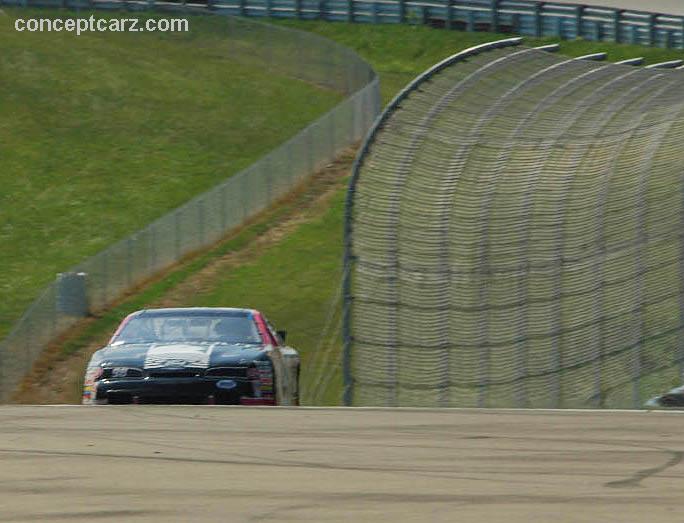 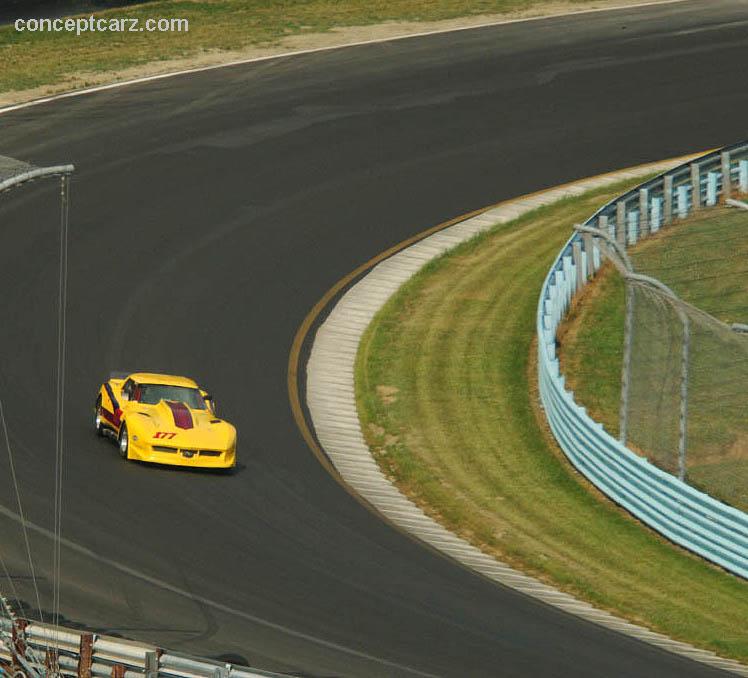 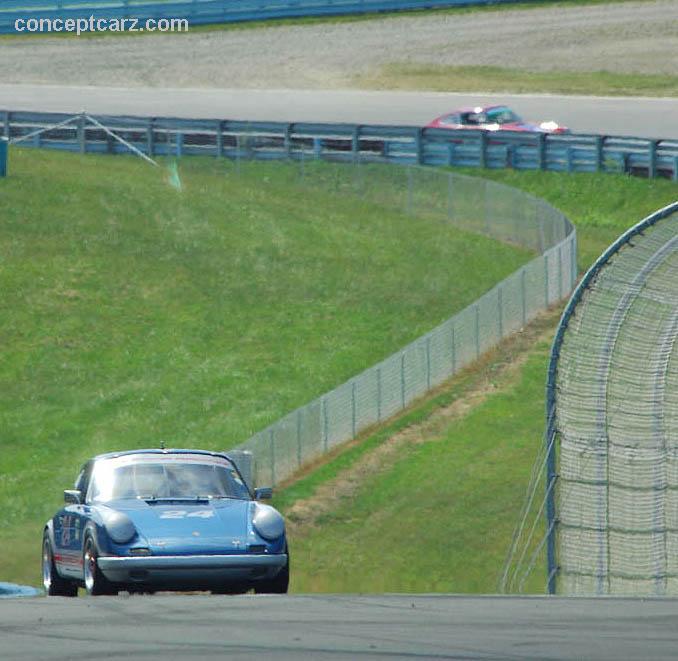