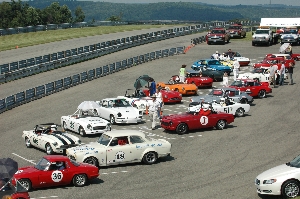 August 2007
One of the first activities of the ten day celebration of the Pittsburgh Vintage Grand Prix is the Historic Races at Beaverun. The cars are divided into five racing groups plus the BMW/Porsche Challenge Group and the Spridget Reunion. Two of the groups are open wheel monoposto categories and the others are divided by their displacement size, basically small, medium, and large. These racing groups are sanctioned by the VRG and VSCCA in the historic race car category.

The Group 4 race was the BMW/Porsche challenge which pitted marque against marque, and model against model. The Spridget Reunion category featured marques such as MG, Turner, Austin Healey, Mini, and Lotus.

The races were held at BeaveRun Motorsports Complex which is located in close proximity to Pittsburgh, PA. The track was designed by renowned designer Alan Wilson who is famous for the Miller Motorsports Park and Pikes Peak International Raceway.

The BeaveRun Track is designed for high speed competition along its 1.53 mile course that incorporates 12 challenging corners and various elevation changes. As the cars roll passed the start/finish line, they are immediately greeted by a sharp uphill climb that obstructs the view of the next section of the course. As the drivers reach its summit there is a corner that turns to the left; miss this corner and the car is on the generous runoff area and off-course. These technical subtleties of the race track provide entertainment for the driver and spectators alike. As stated before, this is a forgiving track; even though there were many racers that went off course throughout the weekend, especially during practice and qualifying, most vehicles were undamaged and able to continue throughout the session.

The Group 1 race featured front engine Formula Vee and Formula Fords. Both Formula Vee and Formula Ford were created as a way for drivers to compete in very similar machines while keeping the cost of the sport to a minimum. Nearly every aspect of the vehicle is regulated, including tires, engines, weight, and more. In other words, these series relied on the ingenuity and craftsman ship of the designers and builders of the cars to create an optimal machine that is mechanically sound and aerodynamically proficient. The skill of the driver is paramount and vital to winning a race. With each car built to similar standards, technique, skill, and practice make for a winning race.

In most cases, the FV and FF's that circled BeaveRun were similar, though the differences are intriguing. For example, the Templeton Shadowfax is a one-off racing Special that utilizes a zero-roll suspension setup, meaning it has zero resistance to roll. It is the only car in the series that is allowed to race with this configuration. The front of the car has, what appears to be, a nose splitter which helps the car cut through the wind. The driver of the Shadowfax, a resident of Florida, drove it the full twenty laps and into a respectable 7th place finish.

The majority of the cars were either Zinks or Lynx, with the top three positions being won by the Lynx model B. Gordon Drysdale of Florida circled the twenty laps faster than the rest of the pack and secured a victory by over eight seconds. In second place was Mike Kitzmiller followed by Frank Newton.

The Group Two race victory was a hard fought battle with the top four positions being separated by only a few seconds. Crossing the finish line first was Kommit in the Shelby GT 350. Second place went to Andersson in a Shelby 427 Cobra. A trio of Chevy Camaro's made up the next three positions. Throughout the weekend, these top spot rivals were not content on just driving the course during practice and qualifying; every lap was a race between them. If there was an opportunity to pass an appointment, regardless of how treacherous; it was attempted.

The Group Two category had some very unique vehicles, such as the Allard GT, of which only a handful were created. On race day, it was able to crack the top ten and finished in 8th overall. The Devin A5M Racing Special was driven to a fourteenth place finish. It has a gorgeous fiberglass body created by the racing legend, Bill Devin. Devin was renowned for his abilities to create lightweight, attractive, and competitive cars and bodies that rivaled much larger marques such as Ferrari. The Peyote MKII was driven to a sixth place finish. Many drivers and spectators alike kept asking 'what is it?' Its a car that has a racing history that extends over 50 years and began with William Aldrich-Ames of Minneapolis who purchased a crashed Triumph TR3. It was given a body of his own design and the dubbed the Peyote Special. It was ugly; so ugly, rather hideous, that he re-worked the body and renamed it to the Peyote MKII, using it in competition until 1962. It has passed through several owners since that time but its racing resume continues to expand as it has been used in competition nearly every season since its inception.

The Group Three category was won by John Greenwood in a Lotus Seven. Second place went to Mark Palmer and his MGA and third was won by Hervey Parke driving an Elva Courier MK I. This category had a very strong European presence that included marques such as MG, Triumph, Austin Healey, Porsche, Saab, and Fiat. This class also included the rare, unusual, and purpose built machines such as the Abarth Scorpione SS, a frequent entrant at the PVGP, and the Ver Valen Roadster.

The Group Five medium-bore race also had a strong European presence with the Porsche marque capturing four of the top ten places. The Volvo 122 Amazon driven by Rich Kushner finished in third place trailing the Dick Tillinger's second place car, the Datsun Roadster, by only a few seconds. Finishing comfortably in first, with over ten seconds separating first and second place, was Lou Rohan and his Lotus Elan. The Lotus Elan is an attractive car created by Colin Chapman of Lotus and produced for over ten years. It features a steel backbone chassis and fiberglass body which makes it lightweight and rigid. The Lotus marque has a reputation for designing and building landmark race cars and this winning formula easily translated into their production machines.

The Group Six race were the open wheel, rear engined racers and a few select sports racers created prior to 1960. The Crossle 40F driven by Bob Bruce managed to finish in first place, a mere second ahead of the second place car, a Titan MK6C, driven by Frank Newton. Finishing in third place was Gary Roberts and his Hawke Dl28. This was a highly competitive group with the top ten positions changing on nearly every lap.

The Group Four was the BMW/Porsche Challenge. A few of the cars in this category had a production date of pre-1980, but most were from the 1990s or 2000s. In the top ten there was a Mini Cooper and a Porsche; the rest were BMWs. The majority of the cars in this group were BMWs. Steve Fitzgerald's BMW 323i was the fastest vehicle in this category and on the track during the weekend. The margin of victory between first and second place was nearly 20 seconds. Second place was a BMW M3 driven by Phil Sansossio. Third place went to Julian Lingerfelt in an M3. The BMW M3's accounted for five of the top ten positions.

Conclusion
The Historic Races at BeaveRun kicked off a full week of racing and car shows that would conclude with the 26th running of the Annual Pittsburgh Vintage Grand Prix through Schenley Park. This two-day event had none-stop racing, practice and qualifying on the main course, and an SCCA sanctioned Solo II event held on one of the parking lots. The Solo II event was open to all drivers and all makes and models.

This weekend activity, just like all other PVGP events, is a charity event, with all proceeds benefiting charities. The Pittsburgh Vintage Grand Prix's mission is to produce a world-class vintage racing event in order to raise funds that help provide residential care, treatment and support for developmentally disabled individuals in the Pittsburgh region. Since its inception, the PVGP has donated over $2 million to the Autism Society of Pittsburgh and Allegheny Valley School since 1983.
Galleries
Group 1 : Formula Vee and Sports Racers 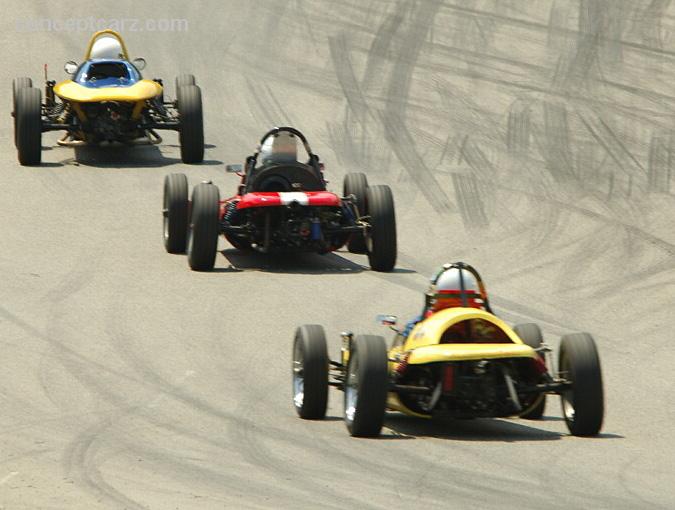 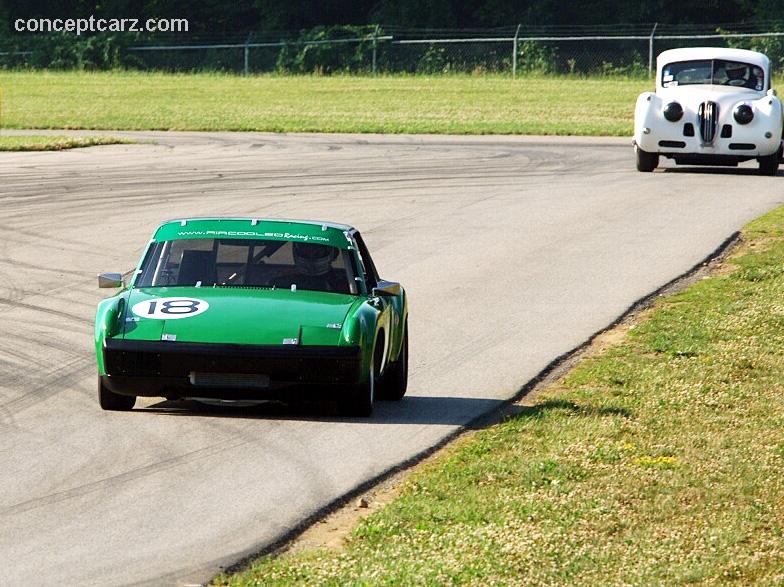 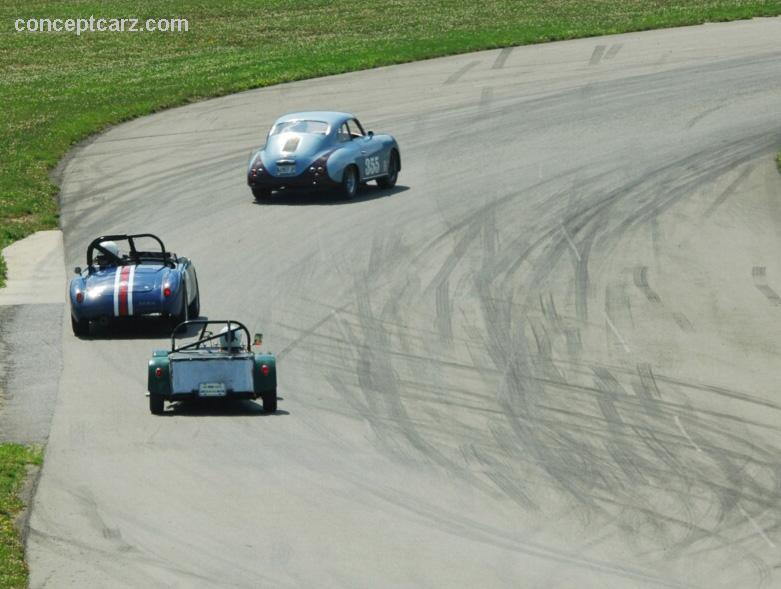 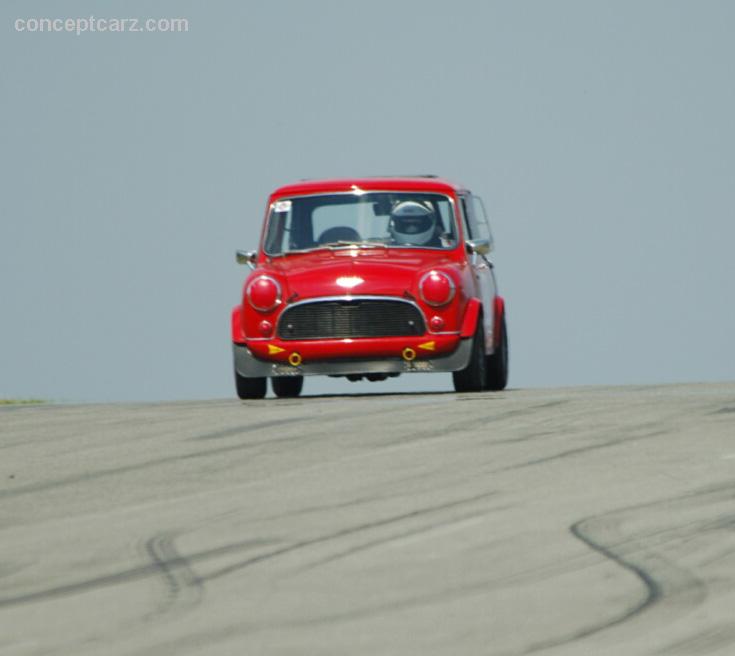