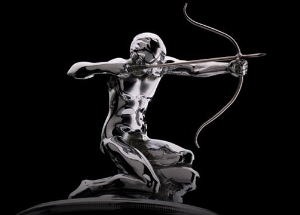 The 100 Motor Cars of Radnor Hunt is a tranquil gathering of some of the world's most elegant automobiles ever created. The first event was held in 1997, and since that time has honored certain select marques such as Alfa Romeo, Cadillac, Bugatti, Porsche, Rolls-Royce and Mercedes-Benz. This year's event paid tribute to the great American marque, Pierce-Arrow, race cars of the Mille Miglia and classic pre-war coupes. Automobiles are individually selected and each car represents an educational and aesthetic experience for guests. There is a balance between historic, classic, sports and performance racing cars. By limiting the number of vehicles on display to 100, the committee has been able to maintain very high standards and allow the best possible display of each car. A collection of Velocette motorcycles and Italian race bikes were also featured this year.

The list of activities and events in conjunction with the concours were a barbeque, road rally, art show and reception, and a black tie gala. The road rally traverses the historic and pastoral back roads of Chester Country, one of Pennsylvania's three original counties, formed in 1682. The rally focuses on enjoying the surrounding horse county with vehicles participating in the concours event encouraged to participate.

Best of Show
This is a special event, well organized, and very intimate. The resume of many cars in attendance includes many 'Best of Shows' and class winners from recent events from around the country. The event highlights beauty and elegance, and judges are instructed to select the most alluring from the group as the Best of Show. In the simplest of explanations, it is a beauty contest of automobiles. Conventional wisdom dictates to look to the past, in attempt to figure out the minds of the judges and predict their possible winner. In 2003, a Lagonda LG 45 Rapide walked away with top honors. The following year a Pierce-Arrow Silver Allow was voted the best car of the event. In 2005, the judges chose the Gurney Nutting Bentley Speed Six. Last year's winner was a Talbot-Lago, with a gorgeous one-off body created by the legendary Figoni and Falaschi coach-building firm. Obviously, the past few years' worth of winners is very diverse, albeit deserving.

One of the featured categories at this year's event was Pierce-Arrow, with the winning Silver Arrow from 2004 again being shown. The Pierce-Arrows ranged from the very early 1900s through the 1930s, with ten examples on display. The most famous Pierce-Arrow was the Series 51 previously owned by President Woodrow Wilson. It was used while in his presidency and then purchased by him after his term had been served. It is a gorgeous vehicle with a brilliant history, but has a style that is more traditional and less flamboyant than the Silver Arrow. Still, it was a good contender for Best of Show.

If the Best of Show was to follow last year's results, then a car bodied by Figoni and Falaschi was sure to win. At this year's event, there was a Delahaye 135 bodied by the French firm, Figoni & Falaschi. It was built atop a long chassis and given a fair amount of chrome throughout the vehicle. A teardrop styled Talbot-Lago T150C SS with coachwork by Figoni & Falaschi was the second F&F vehicle in attendance. There were sixteen examples of this vehicle created and is considered by many to be F&F's masterpiece. Even the windows and fenders follow a similar shape to the dramatic teardrop design that gives the vehicle an illusion of motion even at a standstill. Sitting in close proximity was a Bugatti Type 57C. It is a dramatic roadster created by another French coachbuilding firm, Vanvooren. It has a similar style and shape to a Figoni vehicle, and was sure to catch the judges' eye. This year alone, it has won its class at Amelia Island, and Best of Show at both the Greenwich and Burn Foundation concours.

Based on the prior year's Best of Show winners, a dramatic, bold, and possibly flamboyant vehicle was going to drive away with top honors. A Saoutchik bodied car would have a field day at this event. Another car that fit this mold was the Rolls Royce Phantom III Labourdette Drophead finished in a two-tone paint scheme and accented with shiny gold painted trim. This vehicle almost redefines the word flamboyant; it was bodied by the French coachbuilder Labourdette and is a rolling sculpture and a work of art.

The car most similar to last year's winner was the Talbot-Lago with coachwork by Figoni and Falaschi. The question throughout the day was 'would a Talbot win two years in a row?' The answer turned out to be.....'yes.' For the second year in a row, a Talbot was crowned 'Best of Show'. The Timeless Elegance award went to the Rolls Royce Phantom III Labourdette with the Woodrow Wilson Pierce-Arrow receiving the People's Choice. The 'Most Elegant Open' award went to the Bugatti Type 57C and the 'Most Elegant Closed' went to the Packard Aero Sport Coupe 1106.

In this case, history was able to predict the winner.

Mille Miglia
The Mille Miglia was first run in 1927 and quickly became a highlight for entrants, spectators, and enthusiasts. The first race featured around seventy-five starters, all of which were Italian. The race occurred twenty-four times from 1927 to 1957; thirteen were run before the war and eleven from 1947 onward. The cars were separated by one-minute intervals with the professional, large displacement cars running first. In 1938, an accident killed 23 spectators. It was not until 1947 before the race was resumed. The number of entrants swelled to nearly 250, with around 160 starting the race. The race ended in 1957 as a car went into the crowd, killing his co-driver and several spectators. Another sad end to a legendary race.

The Radnor Hunt Concours paid tribute to this legendary race by showcasing vehicles that had participated in the event, or were similar to cars that had originally participated. The list of vehicles included the legendary Alfa Romeo 6C and 8C, the Bentley 3-liter Speed Model that put the Bentley marque on the map, and a pair of BMW 328's, to name a few. All of the vehicles are very rare, such as the Healey Elliott of which only 101 examples were created. It was the fastest production British saloon in its day, with a top speed of just under 105 mph coming from the four-cylinder Riley engine. The Veritas RS was another rare vehicle on display, with mechanical components courtesy of pre-War BMW 328s. The example was not a participant in the Mille Miglia race, but similar cars were run in the event. The MG P on display was a rare example of the pre-war supercharged MG. The supercharger sits in front of the vehicle, securely mounted on its bumper and given an enclosure to protect it from the elements. Only six examples of the Saab Sonett Super Sport were ever created, and one example was brought to the Radnor Hunt Concours. It is one of two examples in the United States, the other being in the GM museum.

Pierce-Arrow
The Buffalo, New York based Company, Pierce-Arrow, is one of America's most memorable and influential marques of the pre-War era. The company was in business from 1901 through 1938 making large and luxurious automobiles, catering to the wealthy and influential in society. The car's styling was backed by its endurance and performance which it reinforced by winning various automobile races and endurance challenges. Two automobiles were ordered by President William Howard Taft in 1909, and President Woodrow Wilson would follow his example by doing the same.

The company fell on difficult times during the 1920s and was purchased by Studebaker. The Great Depression of the early 1930s had both Studebaker and Pierce-Arrow venturing towards difficult times; Studebaker sold their interest in Pierce-Arrow to a group of Buffalo businessmen in 1933. That same year Pierce-Arrow unveiled the streamlined Silver Arrow at the New York Auto Show. At a cost of $10,000, they were some of the more expensive vehicles in the market. Pierce-Arrow continued to offer luxury and upscale vehicles during The Great Depression, being one of the few companies who refused to lower the price of their cars. As a result, sales dwindled as few individuals were able to purchase the vehicles. Cash flow slowed and by 1938, Pierce-Arrow was forced to close its doors forever.

The Pierce-Arrow examples on display at the Radnor Hunt Concours d'Elegance spanned thirty years and were excellent examples of the company's history. The Silver Arrow and the Presidential Series 51 Pierce-Arrow were the highlights. The 1903 Motorette was an original example that has not been given the benefit of a restoration. Rips, tears, and rusting told stories of over a century of existence. The other 1903 Pierce on display was a freshly restored example that told a different story that was equally intriguing. They sat side-by-side and even though they both had the same seniority, the reactions to their appearance were quite different. This was one of the few times one will ever see two 1903 Pierce-Arrows side-by-side, and it was truly a memorable experience.

Conclusion
It was another brilliant display of automotive art at the 11th annual 100 Motor Cars of Radnor Hunt, with the weather to match. Though a few cars appeared to be 'common', it only take a few minutes of reviewing their history to realize each vehicle is a unique creation and possessed some trait that made it different from other cars in its series. Every car on display was invited to this event, meaning a selection committee took ample time researching and searching for the right cars to compliment the other automobiles at the event, and to reinforce the celebrated categories. They were chosen for the aesthetic beauty, quality, craftsmanship, history, pedigree, and rarity. It is an event that has stayed true to their founding principles, and seems to get better with age.
Galleries
Pierce-Arrow
Mille Miglia
Classic Coupes 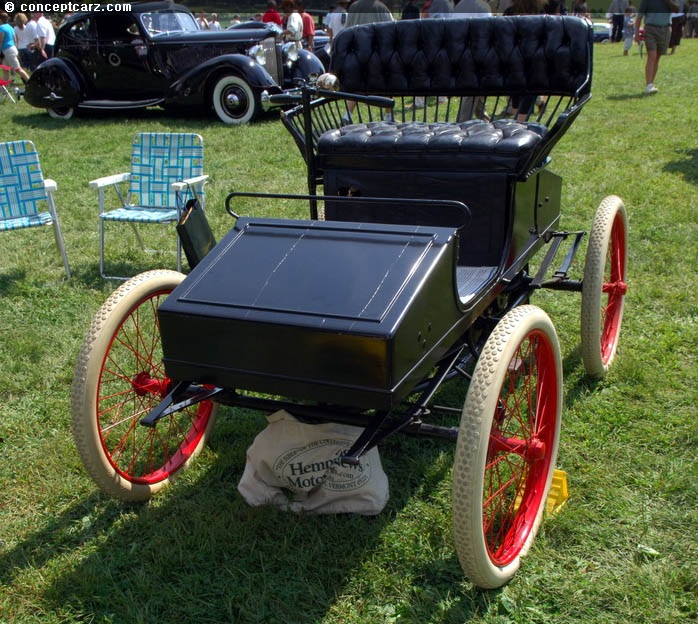 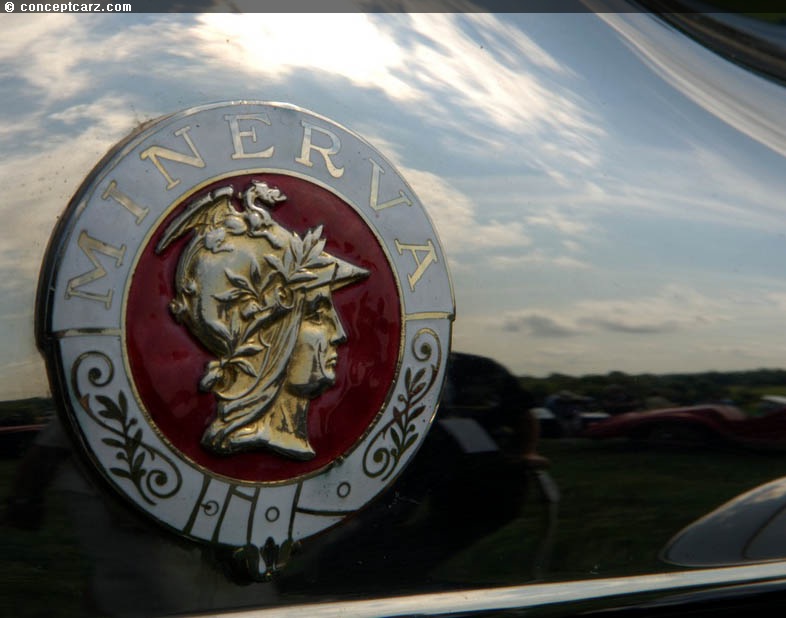 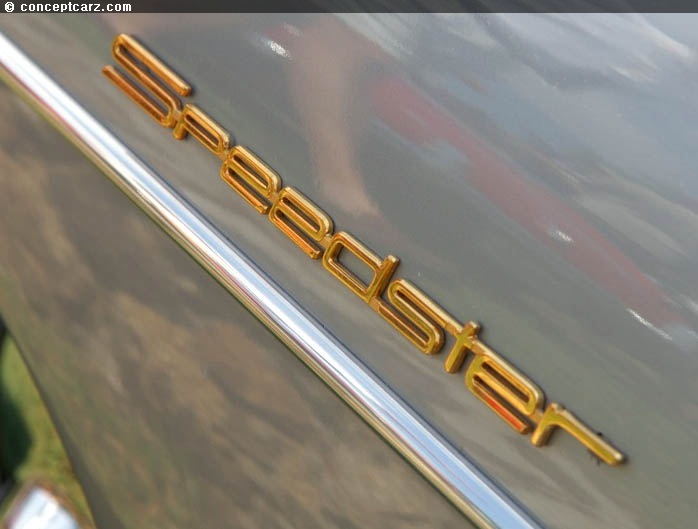