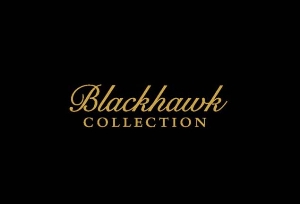 October 2007
The AACA, Antique Automobile Club of America, was organized for the purpose of sharing and preserving the common interest of antique automobiles, hold meetings and to participate in club activities. The annual 'Meet' in the Hershey Region began in the early 1950s and has prospered greatly during that time. There are approximately seventy-five different committees and over 750 volunteers making this a very educational, entertaining, and resourceful few days.

The Eastern Division AACA National Fall Meet is held in the Hershey, PA region on the Hershey Park, Giant Center, and surrounding grounds during the first full week in October. The show is considered one of the largest antique automobile shows and flea markets in the United States. There are over 9,000 flea market spaces, over 1,000 car corral spaces, and approximately 1,500 show cars.

Adding to the excitement is the AACA Museum, bus tours, and auctions catering to a wide variety of clientele. Located just a short distance away from the main excitement were the RM Auctions and the Blackhawk Collection. Both did a fantastic job of bringing some of the finest and most impressive vehicles of the weekend. One of the highlights of the RM Auction was the unrestored 1911 Oldsmobile Limited Touring which is the only unrestored and original example in existence. It is massive, with a 707 cubic-inch engine carefully concealed under the long bonnet. It exceeded sales expectations, selling for $1.6 million, including buyer's premium. Just down the hallway was the Blackhawk Collection consisting of some of the finest vehicles in the world. All were in excellent condition, fully restored or well treated since new, with many been judged Best in Show or class at the more competitive concours events.

Though only a few Oldsmobile Limited's were produced in 1911, RM Auctions brought one and so did the Blackhawk Collection. The two on display were completely different from each other in terms of condition and bodystyle. Blackhawks was in great condition, finished in an attractive blue paint scheme with a red interior and rims. It wears a Factory Racer Torpedo bodystyle and many one-of-a-kind unique features including an external exhaust, an underslung rear axle, high-speed gear ratio aiding the cars 100mph top speed, and a Westinghouse starter installed by machining teeth in the Oldsmobile flywheel.

Another very senior vehicle on display was the multiple-award winner 1912 Renault Towncar. The Renault Towncar's were popular with wealthy Americans, which was one of the reasons why James Cameron used one for the opening scenes of the movie 'Titanic.' London insurance records show that there was a 1912 Renault Towncar still in the Titanic when it sank. Its surviving owner filed an insurance claim for $5000.

The Duesenberg Model J on display has had several famous owners, including aviation genius Howard Hughes. It is believed to be the only Model J Roadster with an extended windowshield to accommodate the height of Mr. Hughes. The 1931 Minerva 8 AL won its class at Pebble Beach and received awards at Louis Vuitton in New York, Amelia Island, Meadow Brook and more. The car carries a body created by the New York based coachbuilding firm, Rollston. The 1934 Mercedes-Benz 380K Sport Roadster is one of only seven built, and was the last one produced. The 1937 Rolls-Royce Phantom III is one of eight two-door closed bodied PIII's and is believed to be the first without a 'B' pillar. It is the only known PIII to be equipped at the factory with a tachometer. It carries a body created by Vesters & Neirinck in Coupe configuration. From 1938 through 1939, Bugatti created just 27 of the Type 57C. Eleven were given the benefit of a supercharger; the Bugatti Type 57C on display at the Blackhawk Collection at Hershey is one of rare supercharged examples and features the four-door 'Galibier' Saloon bodystyle.

There were several cars from the post-War era, including a Ferrari 365 California, Alfa Romeo Giulia GT, a pair of Aston Martins and a HRG Twin Cam. The H.R.G. Twin Cam is one of only three constructed and is the only one of the three to be in its original condition. It was the last car HRG made, except for a brief one-off effort some twenty years later.

Conclusion
For those who left the main attraction of the AACA meet and flea festival and ventured just a short distance away, their journey was well rewarded. If one had the necessary funds, these vehicles could leave under new ownership, as all the vehicles on display were up for sale. The Blackhawk Collection continues to prove that they are the 'Purveyors of Rolling Art.'
Galleries
The Collection