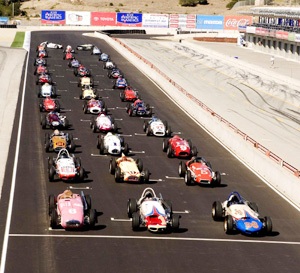 October 2007
Some of the greatest automotive racing cars in history make the annual journey to Laguna Seca in August for several intense days of racing. The cars that circle the scenic course are worthy of display in museums; in fact, many of the cars are the center piece of exhibits when they are not turning laps at one of the more challenging course in the United States. The Monterey Historic Races evolved from road racing in the Del Monte Forest north of Monterey, California during the early 1950s. In 1956, due to complaints and growing safety concerns, racing through the Forest was banned. So the activities were moved to the Laguna Seca Raceway located just miles away. This year, the track celebrated its 50th year of operation with the Monterey Historics being apart of the track for the past 34 years.

Celebration
This years' event celebrated the 50th anniversary of the Laguna Seca, Brooklands at 100, and the Indy 500. The first purpose-built motor-racing circuit was opened on June 17th, 1907 in Weybridge, Surrey. The track had several intended purposes; it was to be a dedicated racing circuit and club where drivers could reach speeds of 120 mph. The 2.75-mile course was later lengthened to a distance of 3.25 miles and featured large banking sections that reached nearly 30 feet high. During its operation from 1907 through 1939, the Brooklands Speedway would become home to many world speed records. The Monterey Historic Races recognized the Brooklands' track histories and the accomplishments by having several prominent Brookland historic racecars on display throughout the weekend. Included in this group were several Brookland Bentleys, the 21.5 liter Blitzen-Benz, a supercharged 7.1-liter Mercedes 710 SS, and the legendary 24-liter Napier-Railton Special.

Racing has always had many facets with a variety of machines being built to compete in many different classes. During the early days of racing at Laguna Seca, things were no different, and those classes and categories are recognized and honored at the Monterey Historics. Many unique and creative racing specials and one-offs were built during the 1950s and 1960s with many outpacing factory built and funded machines. It is always a treat to see so many of them surviving the ultimate test of time, and still being put through their paces in the California sun.

One of the worlds greatest races is the annual Indy 500. It is held over the Memorial Day weekend in Speedway, Indiana and has become known as 'The Greatest Spectacle in Racing.' It is one of the oldest motorsport events with a legacy that dates back to 1909 as a gravel-and-tar track. It was later paved with 3.2 million bricks earning it the nickname, the 'Brickyard.' During the 1950s and early part of the 1960s, the Indy 500 was dominated by 'Roadsters' powered by alcohol fueled Offenhauser four-cylinder engines. Most were given tubular chassis with many of the mechanical components laying virtually flat. Most have an offset drive shaft which allows the driver to sit beside it, rather than on top of it, allowing for a lower center of gravity. With an abundance of torque produced from the engine, only two gears were needed. First gear was used to get the cars out of the pits; the second was engaged when the car was up to speed. Watson and Kurtis were the two popular builders during this era, constructing many of the cars and achieving many victories between the two. Their reign endured until Colin Chapman revolutionized the racing world with his mid-engined Lotus monopostos.

The Indy 500 historic race car display at Laguna Seca was one of the largest gatherings ever assembled. A few were on display only, but many were brought to be raced. As they lined on the starting grid, it was instantly clear why these machines have earned the nicknames of 'cucumbers' and 'cigars' throughout the years. Their streamlined bodies are aerodynamically sculpted and perfect, and this group of roadsters represent the pinnacle of front-engined racing.

Conclusion
Within each racing group at the Monterey Historics there are many special celebrations. The pre-WWII categories saw a host of Bugatti racers encompassing many decades of the marquee's early racing endeavors. Bentley had a very strong presence, with many of the cars doing double-duty by participating in the Brookland celebration. The fast-paced FIA Championship Cars, IMSA GT Cars, and Can Am racers were among the more interesting spectacles of the day, as their well endowed powerplants muscled these cars gracefully through the rolling hills and sharp-turns of Laguna Seca. The races are competitive but controlled; any car incurring damage during the race is automatically banned from the current and next event. After all, the cars are priceless artifacts and museum pieces best admired when collecting dust (and dirt).

Not only are historic cars raced, but legendary drivers are invited to participate in the fun. The 'Toyota Race of Legends' event, named after the main sponsor - Toyota, was held during the lunch-break. Ten Scion hatchback coupes participated in a special race, with nine of the ten being piloted by legendary drivers such as Parnelli Jones, Derek Bell, Johnny Rutherford, Vic Elford, Emerson Fittipaldi, and Al Unser Senior. The spectators were treated to a little paint-rubbing as Rutherford and Elford's cars made contact, sending Elford's into the tire wall. No one was hurt, but the cars - hopefully not rentals - would need a little bodywork. The Scion driven by Derek Bell took first place.

The Monterey Historic Races is truly one of the highlights of the historic racing season, attracting thousands of enthusiasts and racers from around the world.
Galleries
Pre-1939 Sports, Touring Cars 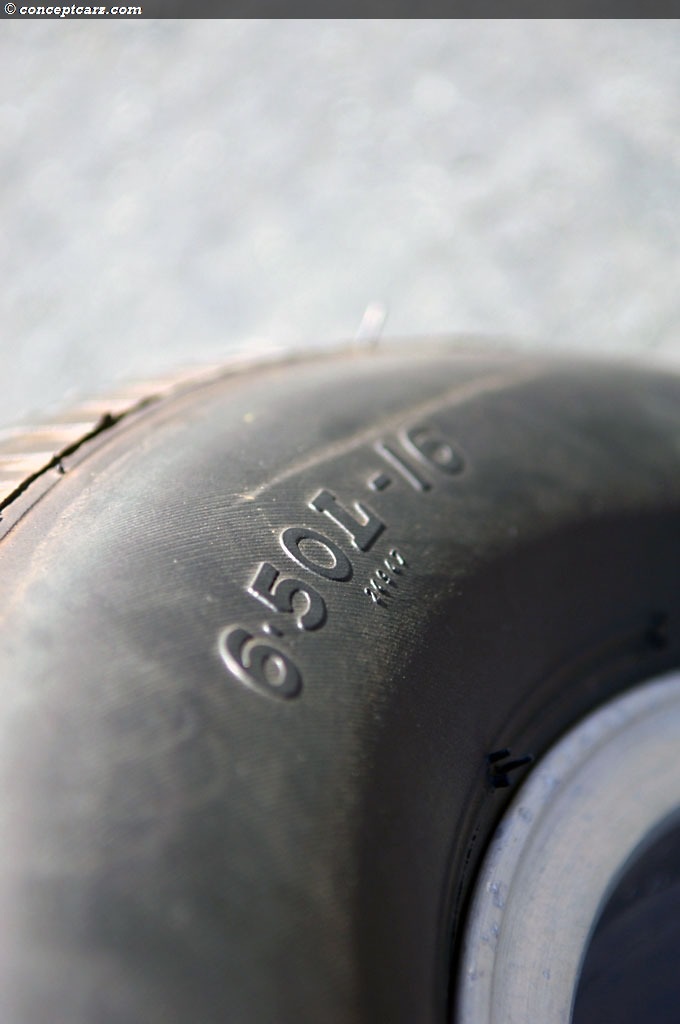