Carmel by the Sea Concours on the Avenue 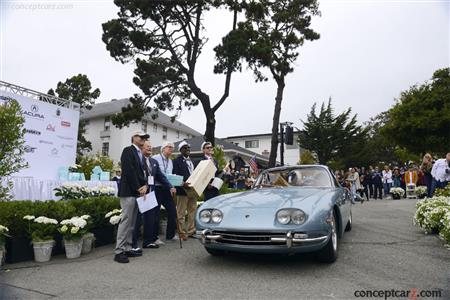 August 2018
Carmel-by-the-Sea's whimsical architecture, inspired by Arthur Rackham's illustrations for children's fairy tales, provided a setting for the Carmel-By-The-Sea Concours on the Avenue. This is one of the latest addition to the prestigious group of events that make up the area's internationally known Monterey Peninsula ten-day collector car gathering, celebrating the finest in automotive design and engineering. Carmel-by-the-Sea's world-famous Ocean Avenue was closed to traffic and eighteen blocks of downtown was filled with collector cars and related motorized fun. A fascinating mix of American and foreign cars were showcased in front of a backdrop of charming shops, critically acclaimed restaurants and numerous galleries.

The Carmel-By-The-Sea Concours on the Avenue focused on vehicles not usually seen during this ten-day period. The cars included a variety of legendary vehicles. Well over 175 cars were on display in groups of juried classed during Carmel-By-The-Sea Concours on the Avenue. These included Luxury Cars, Muscle Cars, Hot Rods and Sporting Cars. Micro Cars and others were highlighted vehicles from the sublime to the spectacular. Selections were based on a variety of factors, including authenticity, originality, and provenance. Additional consideration was given to cars that inspired youthful drams, interesting stores and the hard-to-define fun factor. Class and major awards were presented in the late afternoon.
Galleries
The cars