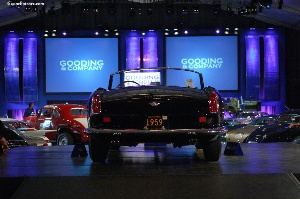 October 2007
Gooding & Company held a two-night auction event during the Pebble Beach Concours d'Elegance. Highlights of this year's auctions include the oldest running car in the world, an original 1931 Blower Bentley from the E. Ann Klein Estate, one-of-a-kind Ferraris and the incomparable Rolls-Royce collection of Richard J. Solove.

As part of this year's Pebble Beach Concours d'Elegance, Gooding & Company's auction consisted of over 130 vehicles, two days of auction preview, and two days of live auctions. The first night of auctions included several cars from the late private collector and well-known television producer Greg Garrison. Seven of the nine cars were one-of-a-kind Ferraris. Highlights included the 410 Superamerica Scaglietti Coupe, he 250 PF One-Off Coupe and the very last Daytona Spyder built.
Highlights from the second night of auctions include the 1884 De Dion Bouton et Trépardoux steamer. It is recognized as the 'oldest running car in the world,' and boasting a top speed of 38 miles per hour. The De Dion Bouton's twin tandem compound steam engines use coal and water for fuel. On April 28, 1887 it won the world's first auto race, from Paris to Neuilly and back, covering a distance of 19 miles while averaging 26 miles per hour.

Other highlights from the second night include the Richard J. Solove Rolls-Royce Collection. It was the largest single automotive donation in history. Mr. Solove contributed his proceeds from the collection's sale, with catalog estimates ranging between $8 - $10 million, to the Arthur G. James Cancer Hospital and Richard J. Solove Research Institute at Ohio State University. This prestigious care center is one of only ten freestanding cancer hospitals in the United States. It is part of Ohio State's National Cancer Institute- designated Comprehensive Cancer Center.

The collection of Rolls-Royce autos included the first series 40/50hp Silver Ghost in addition to models from every year of the series' production, which ran from 1907 through 1915. Highlights of the Solove Collection include a 1907 Rolls-Royce (chassis 60547), (which is the oldest-known surviving 40/50hp model predating the example owned by Rolls-Royce and a vehicle known as 'Corgi'), and Solove's 1912 Silver Ghost, which was so nicknamed because it inspired the creation of the famous tiny 'Corgi Classics' model. The entire collection was offered without reserve.

The highest sale of the auction was the 1931 4.5-liter Blower Bentley, nicknamed 'The Green Hornet', selling at $4.51 million. This was the first time since 1953 that the vehicle had been offered for sale. It wears a Gurney Nutting body in boattail configuration and has never been restored. The second high sale of the auction was the Ferrari 250 GT California LWB which sold for $4.455 million. It is a previous multi-class winner at the Pebble Beach Concours d'Elegance and was the very last California outfitted with the iconic three liter Colombo V-12 engine. It retains all documented ownership history dating back to when it was first delivered to famed Ferrari distributor Luigi Chinetti in 1959.

On the first evening of the auction, about half way through, a week of ownership for a 2007 Bugatti Veyron was offered for sale, with all proceeds going to charity. Of course, certain restrictions applied such as age and driving infractions. The final bid, which won the opportunity for seven days of ownership of the world's most powerful sports car, was $40,000. Coincidental or intentional, the prior lot offered for sale was a 1963 Studebaker Avanti. The Avanti claimed the 'World's Fastest Production Car' title in the early 1960s. The Veyron claimed the title about forty years later.

Auction Analysis
The first bidding night of the auction saw 65 vehicles offered for sale with 57 finding new owners. Just over half were offered without a reserve. Total sales were $19.442 million with the average sale of the night being $341,000. The highest sale was for the Ferrari 365 GTS/4 Daytona Spyder which brought in $2.035 million. The lowest sale was $28,600 for the 1971 Alfa Romeo Montreal, which was within the vehicle's estimated value range. 36 items were sold above six figures and 7 were in the million dollar range. 18 vehicles sold above their estimated values.

As the gavel fell for the third and final time when the last of the 134 vehicles crossed the auction block, total sales had reached $61,331,250. The average sale of the auction was just over $500,000 per vehicle. 91% of the vehicles that crossed the block found new ownership.

Conclusion
With the average sale of the auction at $502,700, the Gooding & Company auction certainly reinforced the exclusivity, prestige, and pedigree of the Pebble Beach Concours d'Elegance. The 134 vehicles offered for sale were among the finest examples in existence. 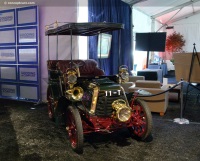