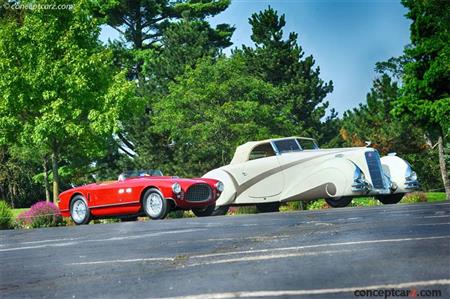 July 2021
The Best in Show Foreign trophy went to the 1953 Ferrari 250MM and owner The Cultivated Collector of New Canaan, CT. In the early 1950's, race car enthusiasts convinced Enzo Ferrari that he should build some roadworthy touring cars as well as his signature race cars. This 1953 Ferrari 250MM, serial 0260MM, was delivered directly to legendary racer Phil Hill in April 1953, where he immediately won the Pebble Beach Road Race in the Sports Car class.

Phil Hill would go on to successfully campaign this car throughout the 1953 racing season. In their April 1953 issue, Road and Track magazine stated that this was the fastest car they had tested to date. The 3 litre V12 Colombo-engine Ferrari produced more than 240 horsepower. This actual car was Ferrari's New York Salon car in 1953. Of the two Series 1 Vignale Spyders produced, this is the only one that retains its original coachwork.

The Best in Show American trophy went to the 1937 Cadillac Series 90 and owner Jim Patterson/The Patterson Collection of Louisville, KY. In 1937 Phillippe Barraud, a wealthy paper mill heir of Lausanne, Switzerland, decided to build the most ostentatious automobile he could imagine. Wanting to best the Delahaye Roadsters he saw in Paris, he chose the imposing Cadillac V-16 chassis with a 154' wheelbase as his starting point. His desire to oversee all aspects of the build led him to a local craftsman named Willy Hartmann. The result is this 22' long two passenger roadster, unequalled in both scale and style.

The current owner purchased this car in 2015 and sent it for a complete concours level restoration. When acquired, it was intact and retained the original drivetrain and much of the original bodywork. There were numerous modifications, but after intense research and many hours, it has been returned to its original splendor. This Series 90 V-16 Convertible with Coachwork by Hartmann is a national award winner.
Galleries
Best of Show 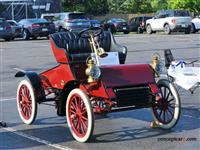