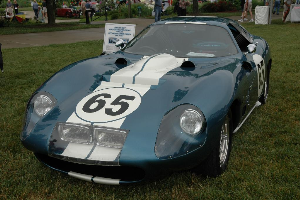 June 2005
Since its earliest inception, the automobile has represented a unique hybrid of function and form, of high art serving our collectively restless spirit. The design of these sensuous steel sculptures has kept pace with the artistic sensibilities of each generation, and nowhere can you see the evolution of these sensibilities more than at this years Concours d'Elegance at Ault Park.

To say the Concours D'Elegance at Ault Park is just another car show is like saying the Kentucky Derby is just the ninth race or Augusta is just a place to shoot 18. Automobiles come out of private collections from all over the country to participate in this show. The gardens of Ault Park are transformed into a museum of truly one-of-a-kind and historically significant automobiles. The doors open only once a year and the exhibit changes every year. Automobiles valued at over $100,000 are the norm. Million dollar automobiles are common - some reach eight figure values.

What's so special about a Shelby? Maybe it's the raw power of a Cobra, the car that propelled racer-turned designer Carroll Shelby's name into mainstream American vernacular in the 1960s. Or the legendary Mustang GT500, a car so beloved by collectors and aficionados that this year Ford, with help from the 82-year-ld Shelby, unveiled an updated, 21st century version set to hit the streets next year. As the featured marque (or make) in this month's Concours d'Elegance at Ault Park, Shelby's engineering and design innovations will line the meticulously manicured lawns as thy offer crowds a glimpse into a uniquely American success story.

The Shelby touch is the stuff of automotive legend. A Texas farm boy who turned his love for racing into a career after suffering a dismal failure as a farmer, Shelby started racing in his overalls. Before long he was breaking records all over the world. He ventured onto the high powered world of European racing, winning the 24 Hours of LeMans and falling in love with lightweight, elegant foreign car designs. After experiencing angina while in the cockpit of his race cars, Shelby, forced into early retirement from his driving career in 1960, found a very different way to stay ahead of the racing pack.

What if, Shelby wondered, he could create a car that offered drivers the best of all possible worlds-European design with the best of American horsepower?

The concept might have ended there, but Shelby's timing made all the difference. AC Cars of England had the perfect car body, but no engine supplier. Across the Atlantic, Ford was developing its powerful, yet small V8 engines. Shelby convinced the two competitors to give him samples of their work and the result launched a new era in racing history. He called the car the Shelby Cobra, a name that came to him in a dream, and the all-aluminum car's coiled cobra snake insignia soon become synonymous with speed.

'He had the concept and made it work,' says Dave Snyder, car artist and co-chair of this year's Concours events. 'Carroll Shelby willed the Cobra to happed.'

The first Cobra Roadster accelerated from zero to 60 miles per hour in just under four seconds, making it the fastest production car that had ever been built. By the end of 1962, its first year of production, the Cobra, certified for racing by the Federation Internationale de l'Automobile (FIA), was poised to take the lead from its closest American rival, the Corvette.

The very next year, Shelby-American driver Dan Gurney took the Cobra where no other American car with an American driver had been before - first across the finish line at an FIA race. As Shelby and his team continually tweaked the Cobra's design, its racing performance improved. In March 1964 at America's first endurance race at Sebring, a Cobra (in the signature Shelby blue with white racing stripes) outraced a Ferrari for the first time. In Shelby's triumphant return to LeMans that same year, the Cobra again outraced Ferrari.

But the Cobra's biggest days still lay ahead. In 1965, against a field that included Porsche, Jaguar, Aston Martin, and of course, Ferrari, the Shelby Cobra Daytona Coupe became the only American car to ever win the FIA World's Manufacturer's Championship for GT cars. Forty years later, that honor still resonates with classic car fans, and it sets the stage for this year's Concours d'Elegance, which serves as a 40th anniversary celebration of Shelbys and so many of the cars they inspired.

The Shelby lore extends beyond the Cobra to muscle car classics like the Shelby Mustang GT350 and GT500. With their high-horsepower engines and tough, ready-for-the-street styling, the Shelby Mustangs typified engine-revving, tire-squealing power and macho, complete with their own language of 427 engines, small blocks and big blocks, fastbacks and notchbacks. Shelby, key in Ford's 1,2,3 LeMans win in 1966 with the Ford GT40 Mark II, won again for Ford in 1967 with the Mark IV.

Future evidence of Shelby's drive? His work even reaches across manufacturers - he began the 1980s with a new partner in Chrysler, where he helped create Dodge Shelby Chargers and prototypes for the Dodge Viper.

A she begins a new century with a renewed relationship with his old partner Ford, Shelby has general-release car models in the works for 2006 and 2007. So, in a distinctly Shelby way, he continues to make his mark, not only on the cars of the past, but also on the cars of the future. 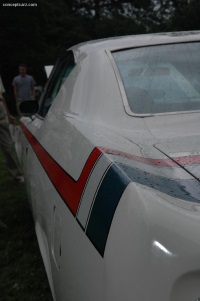 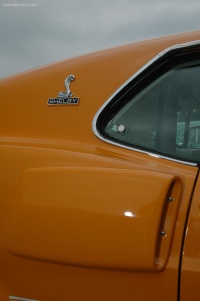