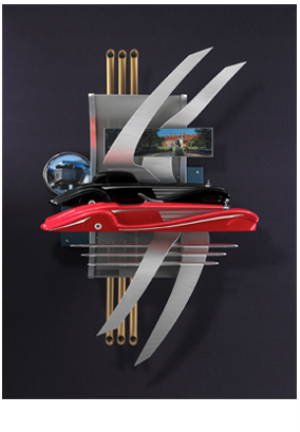 A return to the very early days of the automotive industry with cars steeped in history and beauty, the Magnificent Brass Era cars were anchored in the 2005 Meadow Brook Concours d'Elegance. But that is only the beginning. There were a stunning array of vintage cars on display, including a 1912 Mercer Raceabout, 1907 Ford Model K, and 1909 Ford Model T. They were all on the entry list of vintage cars at one of the great automobile events in the world. The 27th Meadow Brook Concours d' Elegance filled the picturesque grounds at Meadow Brook Hall on the campus of Oakland University in Rochester, Michigan with rare and exotic automobiles from around the world.

A lengthy list of one-of-a-kind and near one-of-a-kind automobiles made up a field of approximately 325 cars on display and in judged competition. Among the vehicles highlighted this year are cars 100 years old or older including a 1898 Nef, a 1899 Locomobile Steamer, a 1903 Marr Car, and a 1903 Michigan. Rare classics such as the 1929 Mercedes Benz SSK Murphy Roadster and 1936 Delahaye 135 Competition Court Coupe Figoni & Falaschi were also shown.

The Magnificent Brass Era display was one of the greatest gatherings of high horsepower, pre-World War I brass vehicles ever shown. The Brass Era automobiles are from manufacturers such as Oakland, Oldsmobile Limited, Pierce 66, Pope Hartford, Stanley Steamer, Simplex, Kissel Kar, and Columbia, and three Rolls Royce Silver Ghosts. There were over 20 different marques with over 40 car.

In addition to the Brass Era automobiles, featured cars of the 27th Meadow Brook Concours d'Elegance include: 30 Packards; 20 Cadillacs including 4 with v16 or v12 engines; 4 Duesenbergs; 20 Bentleys and Rolls-Royces; 6 Pierce Arrows, including 2 Pierce 66s; a 1915 Stutz Bearcat; 20 Ford and Lincoln Mercury classics. Also featured were Motorama era cars to celebrate GM's contribution to the 50's, as well as a display of an expected 10 of the 20 existing 1970-71 Plymouth Cuda Challenger and Dodge Charger Hemi convertibles. The Meadow Brook displays were presented in 16 classes with 8 classes featuring cars built after World War II.

One of the top muscle show cars in the world, Joe Bortz' Red 1964 Dodge Charger Roadster, packed with a 426-cid race Hemi under the hood was featured for those who pine for sports performance cars.

New for 2005, Meadow Brook Concours d'Elegance presented two Best of Show Awards – one for Best American Car and one for Best Foreign Car.

Also beginning this year, Concorso d'Italia shared the grounds of Meadow Brook Hall with Concours d'Elegance. A celebration of the influence of Italian designers, this year's Concorso d'Italia featured more than 60 rare and exotic cars from Alpha Romeo, Ferrari, Lamborghini and Maserati.

Frank Campanale, chairman of the 2005 Concorso d'Italia, says the combined shows will maintain their own separate identities and style.

'This will be ‘a show within a show, within the show,'' Campanale said. 'The Italian Happening features social events while the Concorso d'Italia will remain a traditional premiere ‘lawn show' of exotic Italian designed and built automobiles, all being included in the grand-daddy car show of them all, the Meadow Brook Concours d'Elegance.'

'Meadow Brook Concours d'Elegance is internationally acclaimed, and we are proud to be included on the same day of this incredible event celebrating the automobile,' said Randy Cox. 'We look forward again to throwing a little Italian spice into the classic car mix.'

Featured cars included several Italian prototypes never before seen in the United States. Also featured was a salute to Ghia featuring numerous prototypes and cars from several museums; as well as a tribute to Alfa Romeo's 100th anniversary. Concorso d'Italia will present the popular Ferrari, Maserati, Lamborghini, DeTomaso, Alfa Romeo and several other Italian marques in groupings of the highly desirable makes and models.

'We are genuinely excited to have the Italian dimension to Meadow Brook Concours d'Elegance for one incredible show on Sunday that will certainly have something for everybody,' said Lolly Bezy, Executive Director. 'This event celebrates the significant automotive contributions made by the great visionary manufacturers and designers from all over the world.'

Another exciting, new addition to the show is an online eBay Motors auction of a 1936 Mercedes-Benz 540K Cabriolet C Special and a 1935 Auburn Boattail Speedster. Both vehicles have elaborate histories and have been accurately restored.

The 2005 Meadow Brook Concours d'Elegance included an RM world-class auction at the Shotwell-Gustafson Pavilion, with approximately 100 cars crossing the block, as well as an impressive collection of Lalique hood ornaments.

'Each year, the Concours at Meadow Brook becomes more spectacular, and our ultimate aim is to make it the best collector car show in the world,' said Lolly Bezy, the event's executive director. 'And thanks to our unique co-sponsor arrangement, and to the many other sponsors and supporters, we've been able to add events and features to create a Concours Week that really does offer ‘something for everyone.''

Meadow Brook Concours d'Elegance is proud to have contributed more than $5 million to Oakland University for the preservation of Meadow Brook Hall. The 80,000-square foot, 110-room mansion built during the golden automotive era by Matilda Dodge Wilson, widow of automobile pioneer John Dodge, and her second husband, Alfred G. Wilson, is set on the beautiful campus of Oakland University, established in 1957 with property and funds provided by Alfred and Matilda Wilson.

In its 27th year, Meadow Brook Concours d'Elegance is one of the largest and most prestigious classic car events in the world. It commands the presence of some of the world's foremost car collectors, auto executives, auto enthusiasts and automotive media. It takes place at scenic Meadow Brook Hall, the fourth largest historic house museum in the United States. Proceeds from the event go to Oakland University for the preservation of Meadow Brook Hall and for automotive heritage.

This year marked the first visit for this website's attendance. Brad Yankiver was on the scene photographing these exquisite machines and capturing the events throughout the day. The automobiles, their history, the scenery, and the level of detail that goes into making this event happen are undeniably perfect. It is overwhelmingly obvious that much time and dedication has gone into making this event one of the premiere classic car events in the world.

Please enjoy this website's coverage of the event. Most of the vehicles at the event can be found here, organized by group as they were at the event. We would like to thank all of the participant's, owners, enthusiasts, sponsors, hosts, and everyone who is involved in making the Meadow Brook Concours a reality.
Galleries
Antique and Vintage 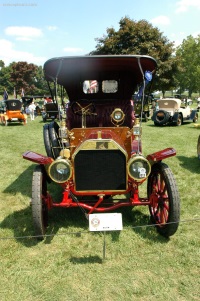 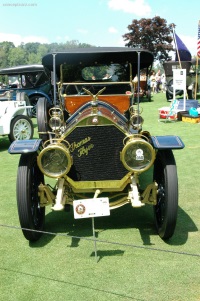 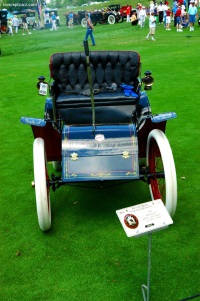