Siata was the acronym for an Italian company that originally provided auto equipment and engine conversions, especially for Fiats. Automobile production began in 1948. Presented at the same 1952 Geneva Auto Show where the Fiat 8V was unveiled, the Siata 208, like its sibling, came equipped with a Fiat two-liter V8 engine fitted with two twin-bodied Weber carburetors. The very light 208 aluminum bodies were made by Vignale and included a hood air scoop. Siata 208s were mainly exported to the United States, where they took part in many sportscar races. This example is the last Siata 208S Spider. Originally a New England car, it spent time in MA, NM, AZ, and then England while owned by a pilot. It was returned to NJ in the late 1960s with a bad motor. The current owner purchased the car in 1982 with a Ford V8 engine installed. During an extensive restoration in California, the original engine was located and re-installed.Designed by Michelotti and built by Bertone, this handsome sports car is equipped with Fiat 8V running gear, including a 2-liter engine, four-speed transmission and independent suspension. Its stunning clean design provided many styling cues seen in later cars. Less than 35 of these Spiders were ever built, msot finding their way to the West Coast. 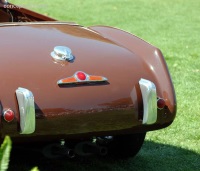 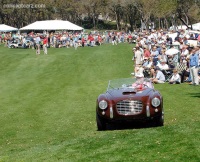 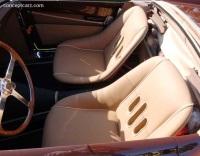 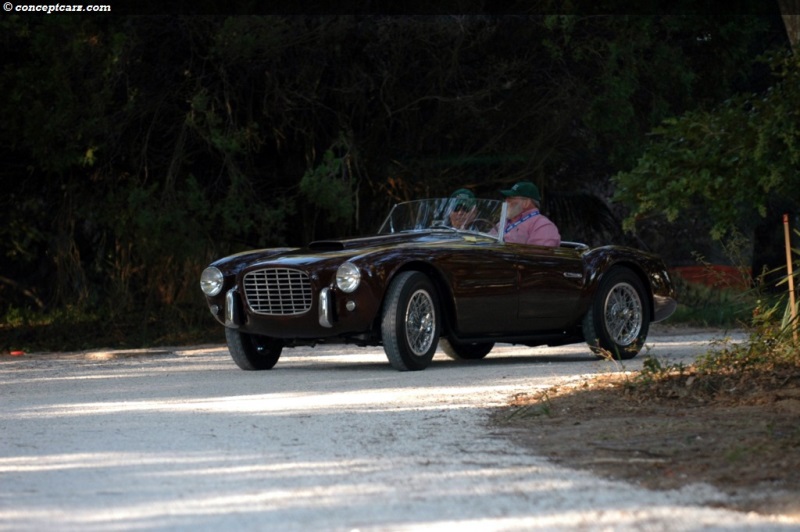 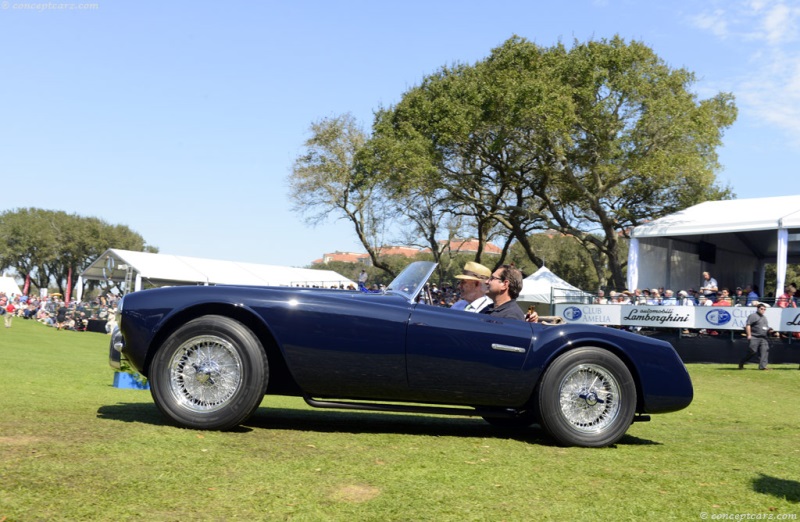