The Mercury Comet was a fan favorite and a popular car in the early days of A/FX racing. Powered by the hefty Ford 427 SOHC, racers like Jack Chrisman, Ed Schartman and Don Nicholson among others, toured the match race circuit.

It wasn't unusual for racers to switch brands, as they sought the right combination. Sox and Martin raced a Comet before going to Mopar, and Arnie Beswick drove this car before switching to Pontiac.

This is a well-documented car driven by one of the great names in Drag Racing. Sometimes we forget that our favorite drivers left a trail before hitting the right note. Though Arnie is known for his 'Tameless Tiger' - Pontiacs wîth tiger stripes, this early car of his has important historical significance. 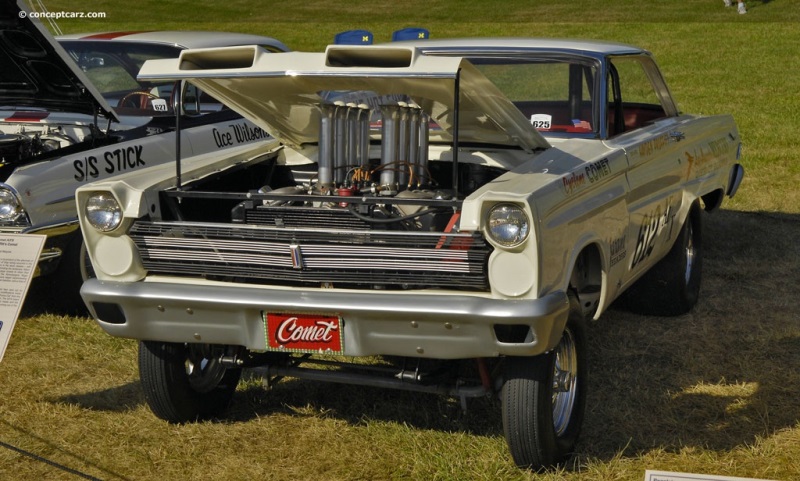 At one point, this A/FX car was raced by Arnie Beswick who is known for his prolific career as a Pontiac racer. What some don't know is that like Sox and Martin, he also had a brief stint as a Mercury factory driver.

Amazingly, this car still has many of the original factory fiberglass pieces, along with the original gauges, roll bar, plexiglass windows, seats, aluminum bellhousing, and even the shifter.

Únder the hood is the 427 cubic-inch engine that is the same as the one run by Beswick back in the day. It is backed by a T-10 manual transmission and it wears real 1965-era M&H AFX12 drag slicks. This car would be powered by a variety of outlandish drivetrains over the years.

The current owner of this car has the original sales agreement and signed a contract with Arnie Beswick, along with letters from Fran Hernandez, telegrams from Beswick, and a stock of additional paperwork.Source - Vehicle Owner / Meadow Brook Concours
No auction information available for this vehicle at this time.

1965 Mercury Comet A/FX's that have appeared at auction but did not sell.