Sold for $1,760,000 at 2010 RM Auctions - Sports & Classics of Monterey.
There were just 34 examples of the 410 SA produced between 1956 and 1959. It was Pinin Farina job number 15825 with the bodywork ordered on February 26th of 1959. The car was originally equipped with covered headlamps and finished in ruby red with grey leather upholstery.The car was completed on July 8th of 1959. The car was sold through Chinetti Motors to its first owner Gill Brothers, a resident of Rhinelander, New York. The second owner, Henry Desormea of Latham, New York, took possession of the car in 1963. He would retina the car until 1975 when it was sold to Jim Haynes of Lime Rock, Connecticut. In 1979, it passed through Bill Kontes and eventually to Hilary A. Raab, Jr. of Crown Point, Indiana. Raab would keep the car until 1998, when it was sold to Luigi Chinetti Jr. of Connecticut.In 2004, the car was sold to William Grimsley of Sausalito, California. On October 23rd, 2007, Grimsley sold 1323 SA to Robert Harris of Logan, Utah. The current owner acquired the car in 2008.
In 2010, this car was offered for sale at the Sports & Classics of Monterey offered by RM Auctions. It was estimated to sell for $1,600,000 - $2,200,000. As bidding came to a close, the car had been sold for the sum of $1,760,000, inclusive of buyer's premium.
By Daniel Vaughan | Dec 2010

Sold for $1,760,000 at 2010 RM Auctions - Sports & Classics of Monterey.
The 410 Superamerica was a modern coachbuilt car by Ferrari, and this example is the fourth of 12 Series III Superamericas produced. The 400 hp 4,963 cc (4.9-liter) V-12-powered coupe was Ferrari's top Grand Touring model of the 1950's and capable of speeds over 180 mph. The Pininfarina Coupe made its debut at the 1956 Brussels Motor Show and broke new styling ground with a panoramic rear window, elliptically shaped grill, factory-covered headlights, unique taillights, and slatted side air vents. The Superamerica was aimed at the pinnacle of the luxury high-performance market.Recently restored to its original factory color, Nero Tropicale, it remains a statement car and super grand touring car.
Coupe by Pininfarina
Coupe by Pininfarina
Chassis#: 1449SA

1959 Ferrari 410 Superamerica's that have appeared at auction but did not sell. 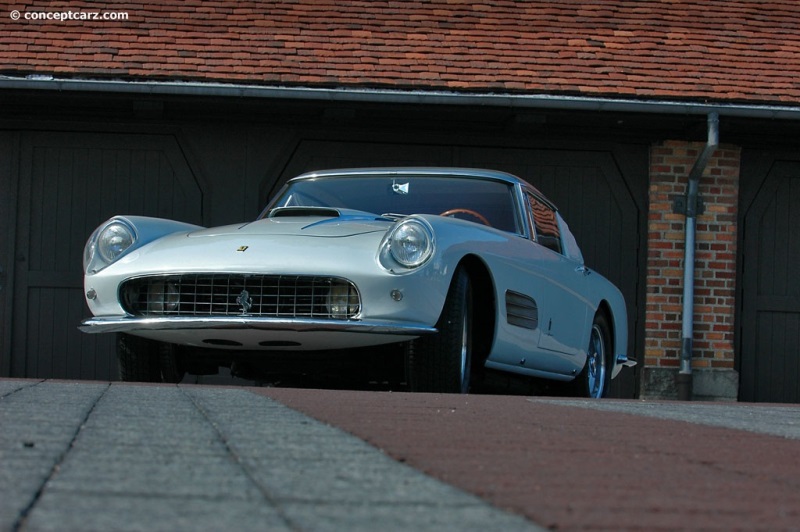 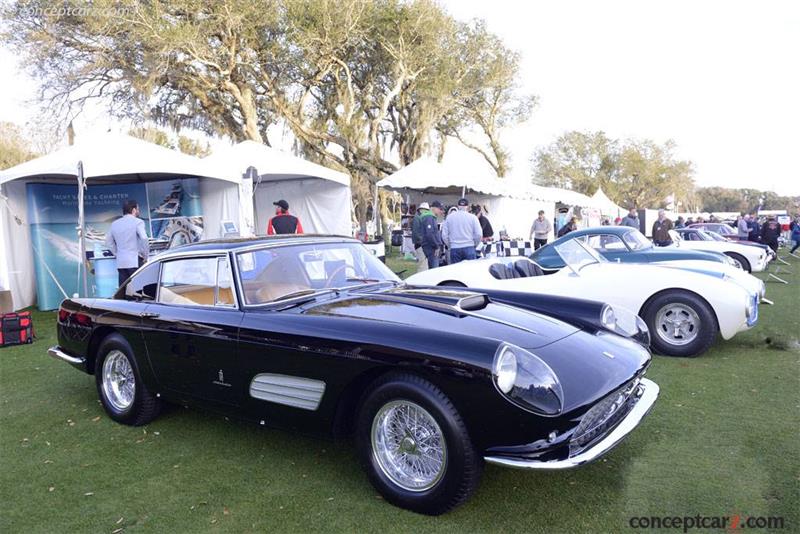 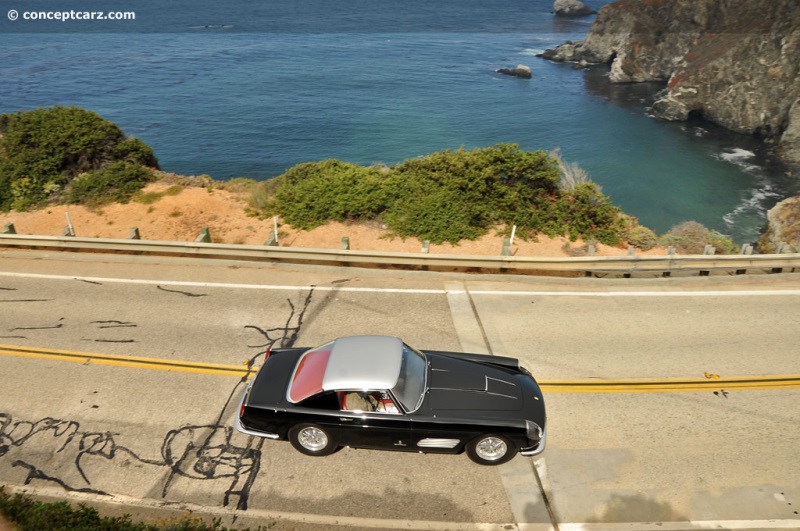 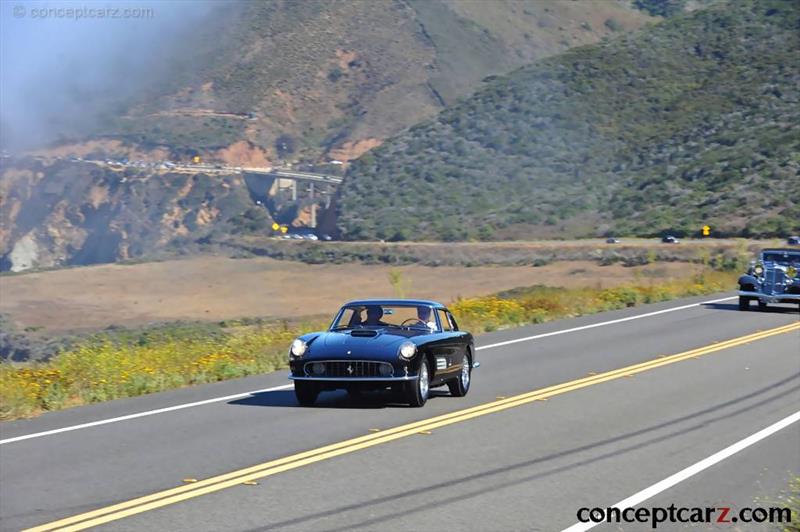