This Rambler Classic Cross Country Station Wagon is a low mileage vehicle that has been in the longtime care of a Southern California owner. There is an original sales agreement dated September 13th of 1961 that states it was purchased by Ralph Malcolm, a resident of Santa Barbara, California. After Mr. Malcolm's passing in 2009, this well-preserved Rambler Station Wagon was acquired by David Krosen of Calabasas, California, who set about freshening some of the cosmetic and mechanical aspects. The work totaled approximately $5,000 and included the installation of a new radiator core, fuel pump, water pump, ignition, thermostat, fan belt, radiator and heater hose, spark plugs and gaskets. The exhaust system was replaced, brakes were rebuilt with new components and new weather stripping was installed around the windshield. The wheels have been powder-coated with the appropriate shade of silver and new tires and shock absorbers were installed. The front seats were reupholstered and new model-correct carpet sections were installed in the worn foot-well areas. Options on this car include a three-speed Flash-O-Matic push-button transmission, heavy-duty cooling system, Weather Eye heater, tinted glass, padded dashboard and reclining front seat. The car has just over 50,000 miles. The engine is a 195.6 cubic-inch, overhead valve six-cylinder engine breathing through a Holley carburetor.In 2010, this car was offered for sale at the 2010 Pebble Beach auction presented by Gooding & Company. The car was estimated to sell for $20,000 - $25,000. As bidding came to a close, the car had been sold for the sum of $50,000 inclusive of buyer's premium.
By Daniel Vaughan | Dec 2010

AMC Rambler Americans That Failed To Sell At Auction

1962 AMC Rambler American's that have appeared at auction but did not sell. 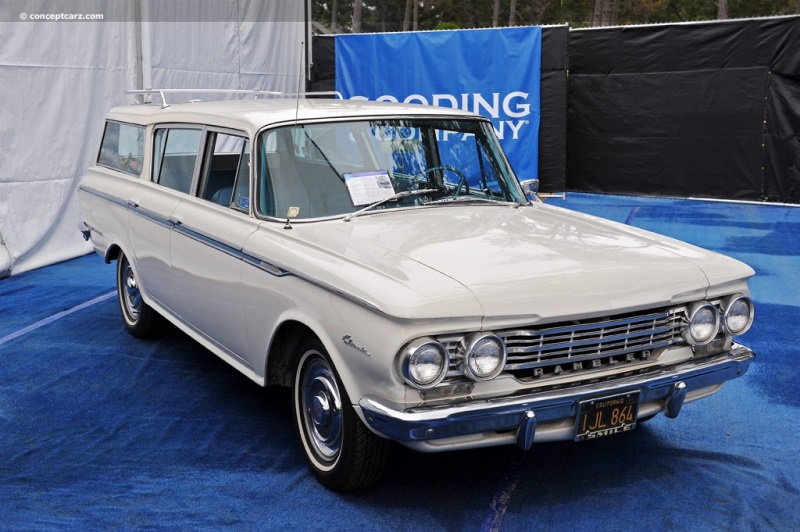