Sold for $6,930,000 at 2014 RM Auctions at Monterey.
Sold for $7,650,000 at 2019 RM Sothebys : Monterey.
This Ford GT40 Roadster was the first of six Roadster Prototype open cars built. It was completed by Ford Advanced Vehicles in England in March of 1965. It was first delivered to Carroll Shelby shops and tested at Silverstone by John Whitmore and Dickie Atwood, and by Ken Miles at Riverside that year. The car was the official factory test bed for the ZF transaxle, and resulted in all GT40s using the ZF from then on. GT108 has had a very active racing history, both in world-wide competition while new, and in vintage racing more recently. It has never been seriously damaged and is the only intact and fully original roadster remaining.The initial prototypes were all coupes, based on the design criteria of the time. Only four roadsters were built. Of the other three, one exists only as parts, one was converted to a coupe and the other has long since vanished. This car was the official test bed for the ZF transaxle. Successfully completing thousands of miles and resulting in all GT40's using the ZF from then on.
In July 1965, the car was taken to LAX Airport in Los Angeles for a meeting with the Ford directors, who were given rides by Ken Miles, who was instrumental in the GT40 project. When it was Mr. Ford's turn, Carroll Shelby himself jumped behind the wheel. The car was later featured at the U.S. Grand Prix at Watkins Glen, where it was driven by Formula 1 champion and Indianapolis 500 winner Jim Clark. The car remained with the Ford Motor Company until 1969. Since then it has been enjoyed by a number of American collectors, including GT40 expert Harley Cluxton.
It is the only intact example that still carries the correct 1965-style nose, and the low tail section unique to roadsters. This car is also the only roadster, or 'Spyder', to remain in as-built condition.

Recent Sales of the Ford GT40

Ford GT40s That Failed To Sell At Auction

1965 Ford GT40's that have appeared at auction but did not sell. 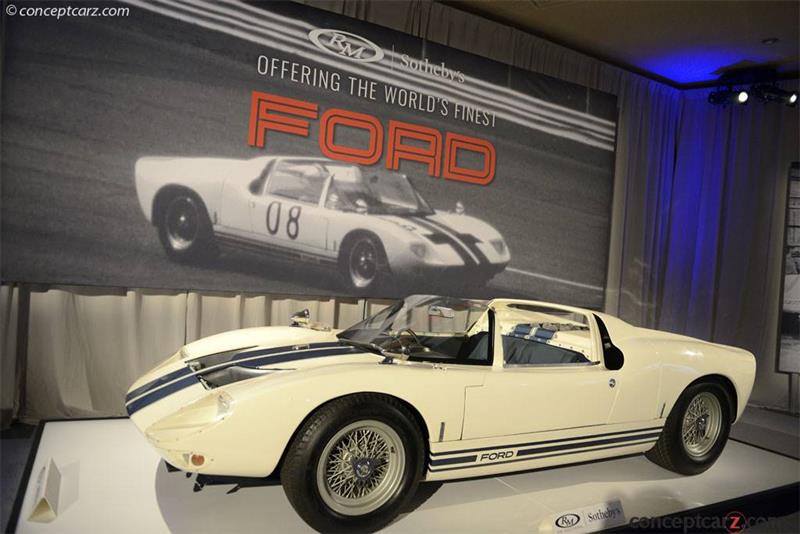 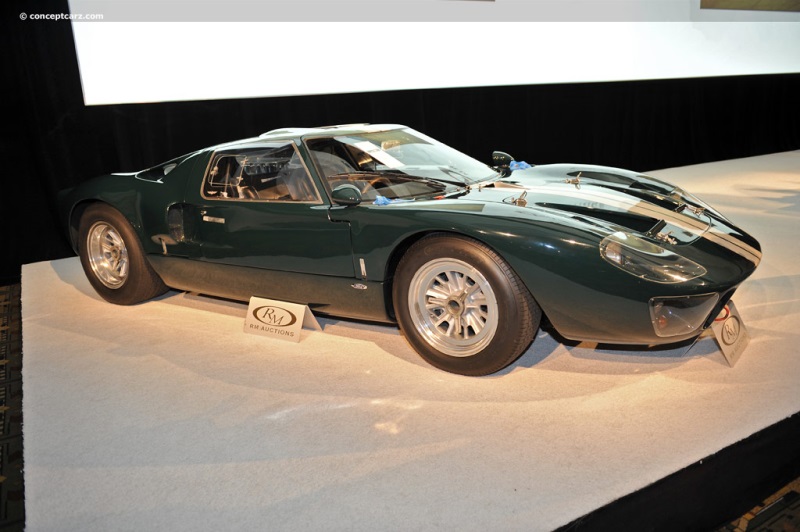 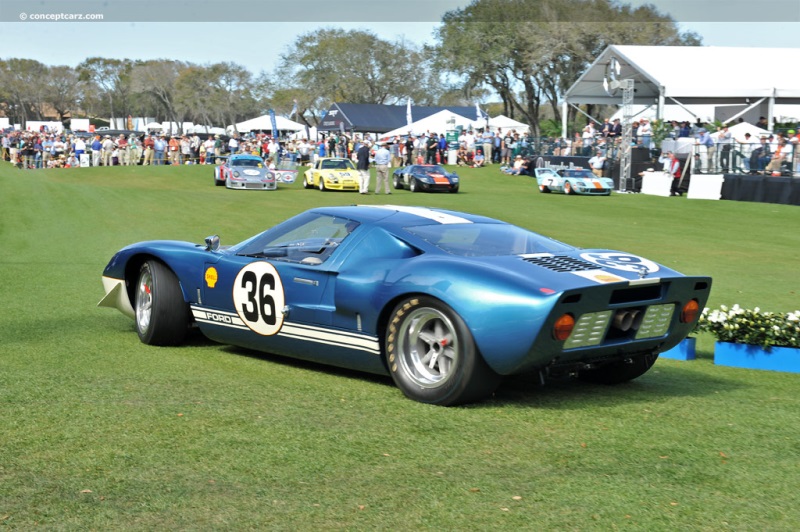 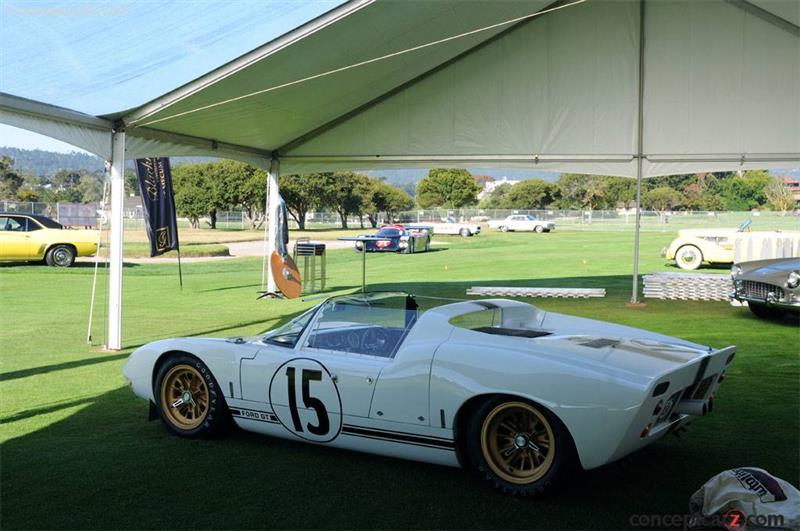 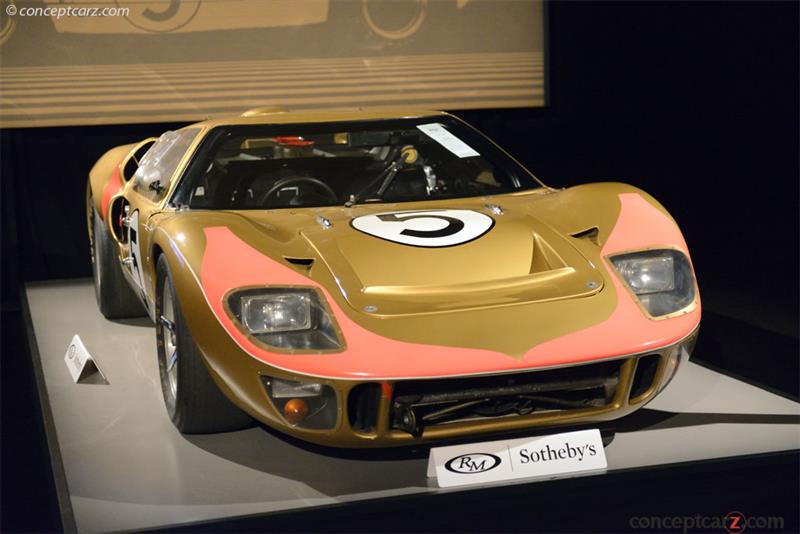 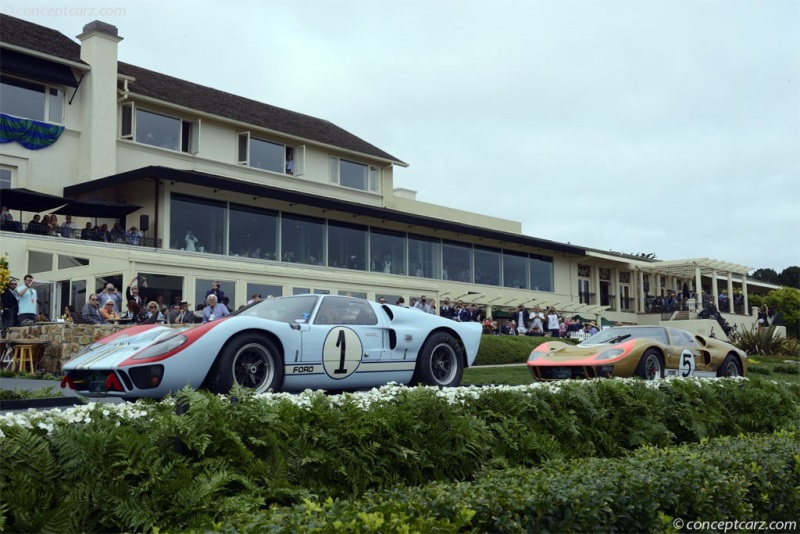 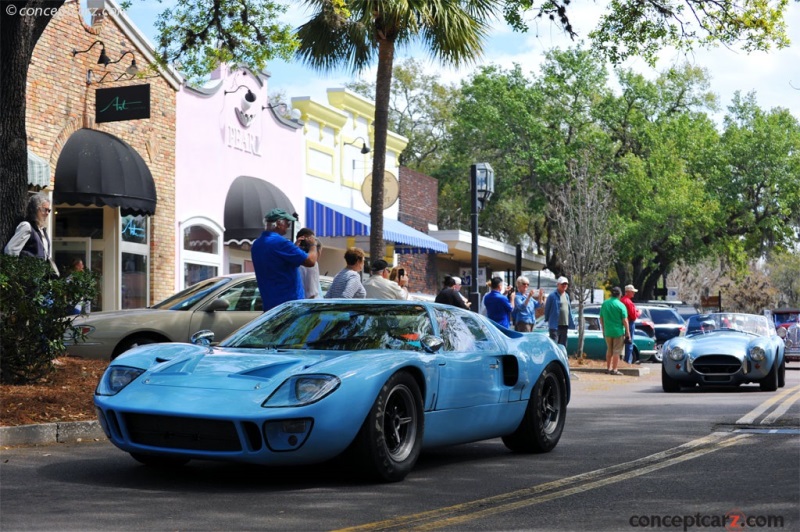