Sold for $77,000 at 2010 RM Auctions - Vintage Motor Cars of Hershey.
Sold for $101,779 (DKK632,500) at 2015 Bonhams : The Frederiksen Auction.
The Woods Motor Vehicle Company was organized in Chicago in 1899. From the beginning, the company was destined for success as it had considerable financial backing, including $10 million in capital stock. The list of wealthy backers included a number of Standard Oil executives and wealthy men from Toronto, Canada. New York's August Belmont, the American financier, and builder of the famed Belmont Park racetrack, was another. The company purchased the patents of Clinton E. Woods in hopes of challenging the electric-vehicle dominance of the East Coast-based Electric Vehicle Company. Woods had been designing electric vehicles since 1897 and was hired as superintendent of the new company bearing his name, but was quickly 'eased' out of the company and returned to designing and manufacturing his owned designs by 1901. His operations soon went into receivership. His next venture was as an automobile dealer.The Woods Motor Vehicle Company produced high-quality and expensive vehicles, with many prices in the $3,000 range - a considerable sum for the era. They offered an extensive line of electric vehicles with wheelbase sizes ranging from 69 inches to 86 inches. The company would remain in production through 1918 when the company faded from existence as gasoline-powered automobiles began to dominate the marketplace.
This vehicle is a Style 214A Queen Victoria Brougham Electric that has a wheelbase size of 73 inches. It is believed to be the only surviving example. It is equipped with a removable cap for open-air touring and has seating for two passengers.
The car was once owned by James E. Cousens prior to becoming part of the John O'Quinn collection in 2008.In 2010, this battery-powered electric vehicle was offered for sale at the Vintage Motor Cars of Hershey auction presented by RM Auctions. The car was estimated to sell for $60,000 - $100,000. As bidding came to a close, the car had been sold for the sum of $77,000 including the buyer's premium.
By Daniel Vaughan | Oct 2010

Recent Sales of the Woods Electric

Woods Electrics That Failed To Sell At Auction

1905 Woods Electric's that have appeared at auction but did not sell. 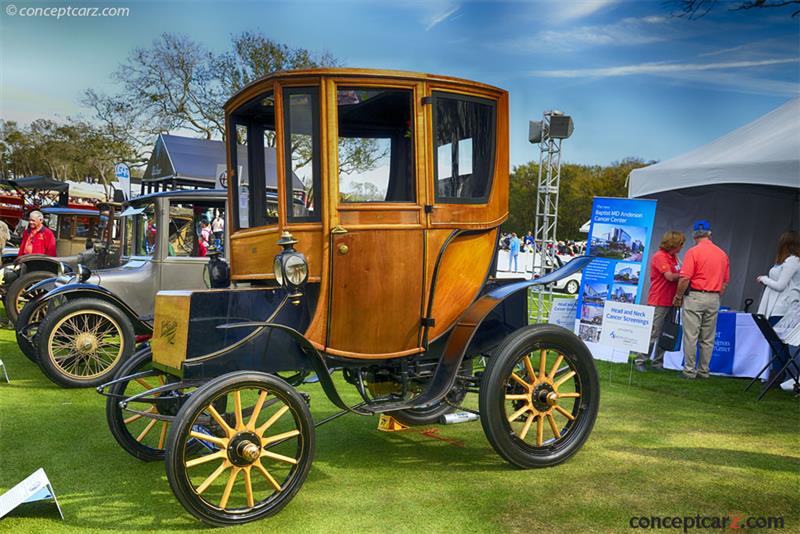